Movie Review: "They Came Together" Is Not Your Typical Rom Com 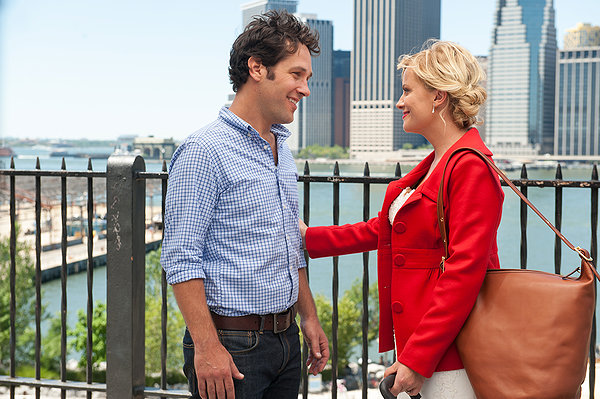 With his fifth feature film, writer-director David Wain takes aim at the romantic comedy genre in the parody film, “They Came Together,” starring Paul Rudd, Amy Poehler, Bill Hader and Christopher Meloni, among many others.

Co-written by Wain and his longtime collaborator Michael Showalter, “They Came Together” doesn’t just want to parody romantic comedies; it wants to obliterate them to the point where no audience member who sees this film will ever look at the well-worn genre the same again. To this extent, Wain succeeds, concocting a storyline so intentionally riddled with clichés and inside jokes that it’s difficult not to be charmed by its silly premise. But like many parodies before it, “They Came Together” also suffers from overkill, and the absurd storyline eventually works against it, giving it no firm ground to stand upon.

In the film, Paul Rudd and Amy Poehler play Joel and Molly, a typically happy Manhattan couple that, while out to dinner with another couple (Bill Hader and Ellie Kemper), recounts how they first met. But be prepared, they warn, because the story of how “they came together” is so serendipitous it’s almost like something out of a romantic comedy. Get it? 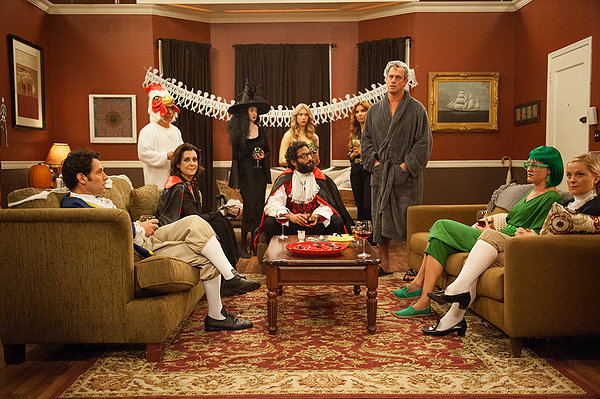 It’s that old tale of opposites attracting. Molly is a klutzy do-gooder who owns a quirky candy shop and donates all of her proceeds to charity (not exactly a sustainable business plan). Joel is a corporate raider who works for the big candy company that have their sights set on Molly’s business for their next corporate takeover.

They meet at a Halloween party being held by a mutual friend, both dressed as Ben Franklin, and it’s hate at first sight. No way these two are getting together, right? Wrong! Because, wouldn’t you know it, they meet again soon thereafter during a chance encounter at a bookstore, and it’s there that they realize they both like fiction books – what a coincidence! Clearly they were made for each other.

What follows is a beat-by-beat recycling of every rom com cliché that’s ever come down the pike, told in hilarious, self-referential fashion by a master of absurdist humor and a more-than-game comedy troupe. Rain-soaked cab rides; gratuitous sex scenes; wisdom-filled best friends; autumnal love so picture perfect it morphs into a Norah Jones music video; relationship struggles that only strengthen their love for one another – you get the point. 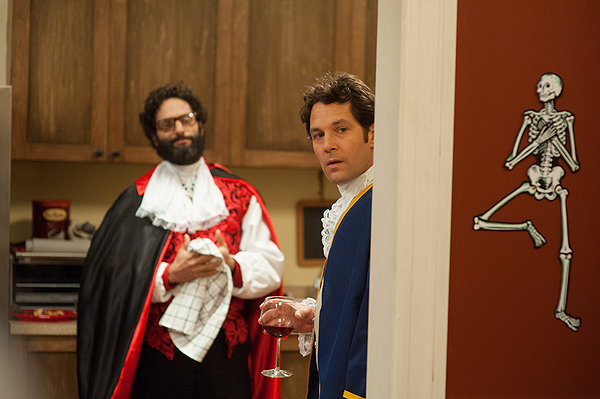 Despite the film’s consistent hilarity, it’s difficult for “They Came Together” to sustain what it essentially a sketch comedy premise for the duration of an entire feature film. More jokes hit than miss, and many of them are outrageously funny, but the film’s relentless nonsense eventually grows thin. Even with a running time that clocks in at a brisk 83 minutes, the novelty of the premise wears off around the halfway point.

Luckily, the film stays afloat by its deep roster of comedic talent, many of whom are returning actors from previous Wain films. Paul Rudd kills as the likeable, “Jewish-but-not-too-Jewish” Joel. Having had his fair share of experience in romantic comedies, Rudd knows when to overact and throw a knowing wink at the audience in order to expose the falseness of the genre he’s parodying. Amy Poehler is equally impressive as the klutzy love interest that never met a set of stairs she didn’t fall down. Some standout supporting players include: Christopher Meloni as Joel’s kooky boss who suffers from severe stomach problems at the worst possible moments; Michael Ian Black as Joel’s hilariously contemptible coworker; and Bill Hader, whose interruptions in the narrative to ask clarifying questions about the unlikely love story only help to emphasize its outlandish nature.

A spot-on sendup of the rom com genre, “They Came Together” will play best to fans of Wain’s eccentric brand of humor or for those seeking an antidote to all the stale love stories they’ve been forced to sit through over the years.