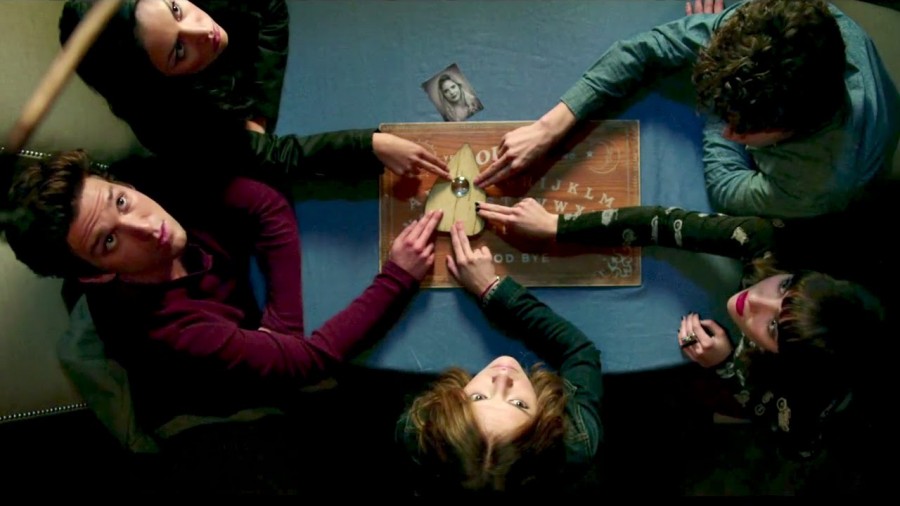 “Who’s there?” - “Did you hear that?” - “I’ll be right back,”  these are the quintessential lines for any cliché horror film. And cliché is certainly the name of the game for Stiles White’s directorial debut, “Ouija.” Although audiences can easily predict the scare tactics around every corner, White and his creative team manage to deliver a supernatural ride that’s just entertaining enough to make it worth the price of a movie ticket. Conveniently, its release date just one week before Halloween doesn’t hurt either. 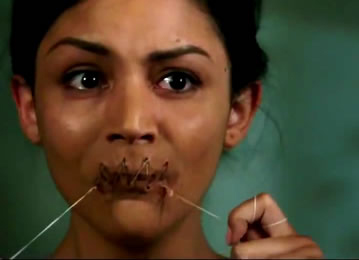 Most of us know the popular seance board game, Ouija. If you never took the risk of playing during childhood, here’s a starter’s guide. Ouija originates from the late 19th century. The board is a flat wooden surface with letters from A to Z, numbers from 0 to 9, a YES, NO and GOODBYE. All you need to play is the accompanying movable indicator called a “planchette.” The object of the “game” is to connect the participants with the spirit world and any who linger nearby. Once you invite the spirits, they will communicate with you through the planchette and the letters. According to the film’s rules: never play alone. And so you have the premise of “Ouija.” After a high-school student is found dead, her closest friends attempt to establish contact through playing the spirit board game. One round and all hell breaks lose.

Like many horror movies, there is the “and then there was one” concept. “Ouija” safely follows this elimination process. White and his screenplay co-writer, Juliet Snowden, are not exactly strangers to scary movie-making. 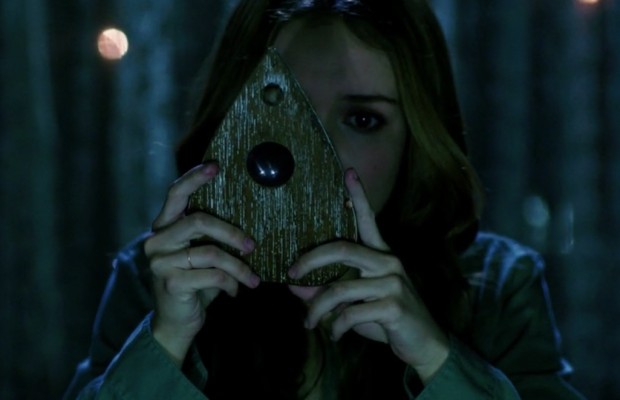 Snowden’s past credits include “The Boogeyman” and “The Possession.” Although the dialogue is nothing short of cheesy, the crucial leading role of the tough and smart girl is well-played by Olivia Cooke (Bates Motel). Her performance is bright enough that it’s hard to get angry when she runs into the closet, rather than out the front door. After all, isn’t that what she’s supposed to do? Daren Kagasoff (The Secret Life Of The American Teenager), Douglas Smith (Big Love) and Bianca Santos (The Fosters) are a decent enough supporting cast. But what is oddly impressive and surprising about “Ouija” is that, despite all of its clichés and predictability, you may still find yourself screaming and biting your fingernails. In fact, the journalists in front of me jumped so far out of their seat that they lost their popcorn. Literally. That’s a sign that you’ve found the right kind of scary.

The fear installment is all thanks to Anton Sanko’s score, the sound effects editor (Lauren Hadaway) and the makeup department (Anthony Gordon). The haunted basements, cobwebs and skeletons deserve some credit as well.

If you’re looking for a little horror on your Halloween movie-going calender, “Ouija” does the trick for ‘Trick or Treat’ season.