It was a celebratory evening at Del Frisco's Grille in Santa Monica, CA for the launch of J.R. Ewing Bourbon. The late and legendary Larry Hagman, who brought the most famous "Dallas" TV character to life was remembered as Southfork Bottling Company and Warner Bros. introduced their Kentucky bourbon named after the star role.

Hagman's "Dallas" co-star and long time friend, Linda Gray gave a touching toast, "He would be in his white stetson, fringe jacket - cheering you on; so happy and so honored that there is a bourbon named after his character. He would be thrilled."

The Southfork Bottling Company founders, Andy Harmon and Charles Waldman celebrated alongside Gray. Harmon said, "The only way we could see doing a brand of J.R. was doing a bourbon. We wanted it to be something he would be proud of. Something he would drink or display in his office." During Gray's toast, she recited a fond story when Hagman poured bourbon over his cereal. It was certainly a favorite drink of the memorable actor. 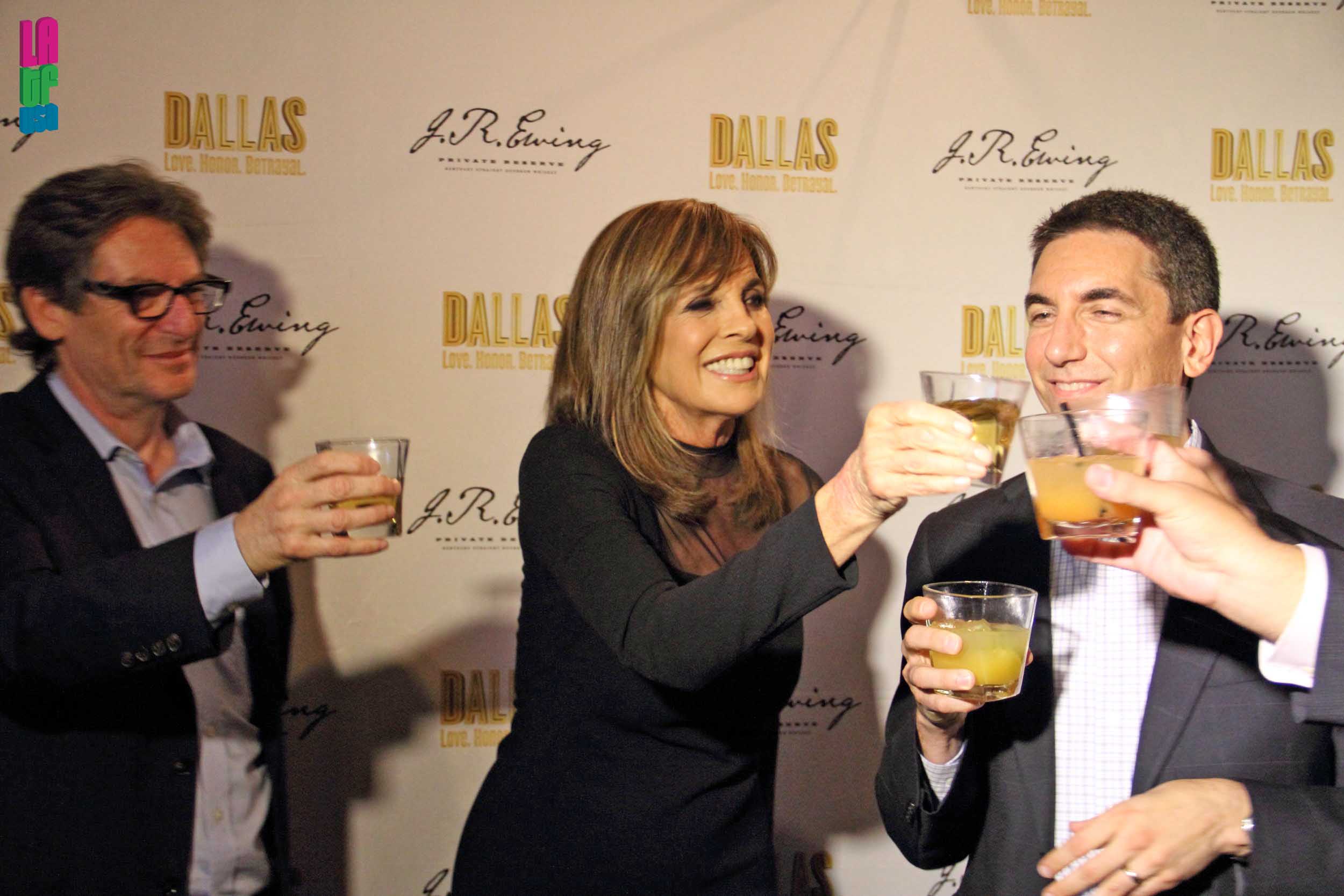