Paul McCartney & Ringo Starr Will Perform Together for The Beatles Tribute 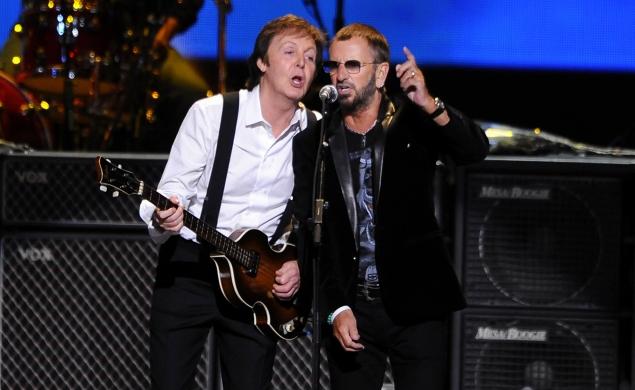 Paul McCartney and Ringo Starr will perform together on THE BEATLES: THE NIGHT THAT CHANGED AMERICA – A GRAMMY® SALUTE. The primetime entertainment special, presented by The Recording Academy®, AEG Ehrlich Ventures and CBS, will celebrate the remarkable legacy of the seven-time GRAMMY Award-winning Beatles and their groundbreaking first appearance on “The Ed Sullivan Show.” Originally slated to be a two-hour event, the special has added an additional half-hour with the overwhelming success of the taping, a wealth of archival material, and new interviews.

The special will feature David Letterman interviewing Paul McCartney and Ringo Starr at the iconic Ed Sullivan Theater; recollections from three fans who were in the audience for the Beatles’ first performance on “The Ed Sullivan Show”; and interviews with three people who worked at the show and were there that night.