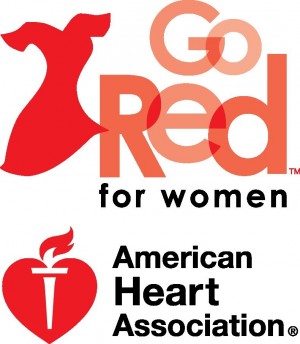 Macy’s, the American Heart Association‘s founding national sponsor of Go Red For Women raised an impressive $2.3 million for the movement in February. In support of National Heart Month which ends this week, more than 1.1 million customers nationwide purchased a Red Dress pin for $2, with 100 percent of the proceeds benefiting Go Red For Women. Every dollar raised through Macy’s Red Dress pin sales directly benefits the community where it was purchased to help fight heart disease on the local level.

“Macy’s customers and employees have shown that this cause is important to them through their dedicated support of Go Red For Women over the past 10 years,” said Martine Reardon, Macy’s Chief Marketing Officer. “While we are very encouraged by the tremendous progress being made, we know there is still work to be done to create lasting impact in the movement for women’s heart health. Macy’s is proud of its role in helping to contribute $2.3 million to Go Red For Women this February to continue their important work in the ongoing fight against heart disease.”

According to the American Heart Association, awareness that heart disease is the number one killer of women has increased 23 percent during Go Red For Women’s first ten years, and conversely, deaths from cardiovascular disease have decreased by 34 percent . The AHA attributes these positive advancements to a myriad of influences and organizations, including research, education and awareness brought by the Go Red For Women movement that has been supported by Macy’s through financial contributions, in-store programs, external events, merchandise initiatives and more over the past decade.

This February, Macy’s annual Wear Red Sale and Red Dress pin sale, along with a collection of exclusive red dresses by Calvin Klein, Kensie, and XOXO collectively benefited Go Red For Women. Additionally, Go Red Total Makeover events in select markets nationwide allowed Macy’s to engage their customers in fighting a cause that affects women and men across the county.