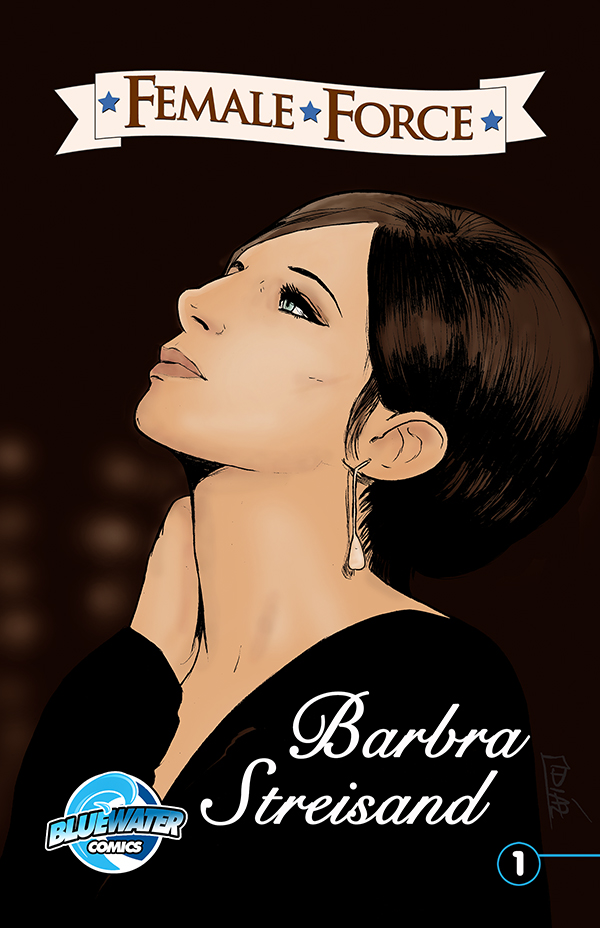 She was already a diva and superstar, but now Barbra Streisand is the top. Bluewater’s Productions will be releasing a new comic book about the life of iconic singer-songwriter, author, actress, writer, film producer, director & activist Barbra Streisand.

Female Force: Barbra Streisand will be released this week; the comic book will be available in print and digital. Female Force comic book series offers a broad examination of strong and influential women who are shaping modern history and culture.

The comic book discovers the one, the only: Barbra Streisand! Barbra sings, acts, writes, directs, produces and has dedicated her life to philanthropy as well as politics. This comic book covers everything from her beginning acting lessons, to winning eight GRAMMYs!

“Barbra Streisand is one of the best singers of all time and she is known worldwide. His voice conveys emotions that other singers do not. It has been a great honor to draw her biography,” said artist Manuel Diaz.

“It’s been an honor writing about Streisand. She’s dedicated to making the world a better place–whether that is through music, film, or philanthropic work. Her activism and artistry is truly inspiring!” says writer Melissa Seymour.

“We wanted to showcase the strong women in today’s society that have inspired generations and shaped the culture of today,” Davis said. “Kids and adults alike can look up to these women as great role models.  One of the coolest things about the comic books is that we found schools using them for reluctant readers.” Said publisher Darren G. Davis.

Female Force has been embraced by the media and featured on several television news outlets including The Today Show and on CNN. The series has also been featured in many publications such as Forbes, MTV.com, Time Magazine, and People Magazine.

Female Force individual issues are also available on Amazon.com, where they have been ranked among the site’s top 300 books.

Print copies of Female Force can be ordered at Comic Flea Market here for $3,99: http://bit.ly/1eO4z8B