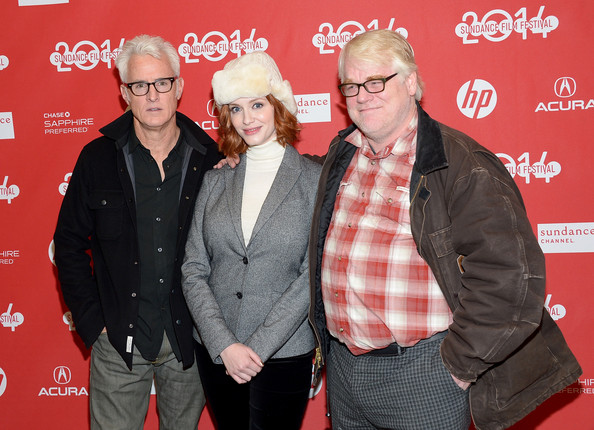 IFC Films announced today from the 2014 Sundance Film Festival that the company is acquiring U.S. rights to John Slattery‘s directorial debut film, GOD’S POCKET. The film, with a screenplay by Slattery and Alex Metcalf, stars Philip Seymour Hoffman, Richard Jenkins, Christina Hendricks, and John Turturro. GOD’S POCKET was produced by Sam Bisbee, Jackie Kelman Bisbee, Lance Acord, and Emily Ziff, along with Hoffman and Slattery.  The film made its world premiere at this week’s festival in the U.S. Dramatic Competition section.

Based on the novel by Pete Dexter, the film is set in the gritty, blue-collar neighborhood of GOD’S POCKET.  When Mickey Scarpato’s crazy stepson, Leon, is killed in a construction “accident,” Mickey quickly tries to bury the bad news with the body. But when a local columnist comes sniffing around for the truth, things go from bad to worse. Mickey finds himself stuck in a life-and-death struggle compounded by a body he can’t bury, a wife he can’t please, and a debt he can’t pay.

“John Slattery has made a remarkable debut here as a director, proving that he is as talented behind the camera as he is in front of it,” says Sundance Selects/IFC Films President Jonathan Sehring.  “On behalf of IFC Films and AMC Networks, we are really proud to be releasing this tremendous film, and to get the chance to work with John, the producers and this terrific cast.”

Director John Slattery added, “I’m thrilled to be working creatively with IFC, and very happy to continue my ongoing and successful relationship with AMC. We’re very proud of this film and excited to partner with IFC Films to bring it to a wide audience.”

Producer Jackie Kelman Bisbee added, “It was an honor to produce John’s first feature as a director. He’s a natural actor’s director. Watching him work with the cast and crew was utterly exciting. John created characters of God’s Pocket with soulful hearts and criminal minds. Always at odds with each other as they try to get to the other side.  But never getting too far.”

Festival programmer Trevor Groth said this of the film: “Acclaimed actor John Slattery makes an impressive jump behind the camera with an assured directorial debut that shows he has a razor-sharp eye for conveying the absurdity, cruelty, desperation, and tragic optimism of the people he portrays. Like life, his scenes seamlessly fuse humor and heartbreak, but it’s Slattery’s wit and confident style that make the portrait so authentic. Featuring a top-shelf cast and impeccable cinematography, God’s Pocket oozes with talent and marks the emergence of an inspired directorial presence.”

The deal for the film was negotiated by Arianna Bocco, SVP of Acquisitions at Productions, at Sundance Selects/IFC Films, with Jay Cohen at the Gersh Agency, and attorney Marc H. Simon of Cowan DeBaets Abrahams and Sheppard, on behalf of the filmmakers.

IFC Films is a sister label to IFC Midnight and Sundance Selects, and is owned and operated by AMC Networks Inc.