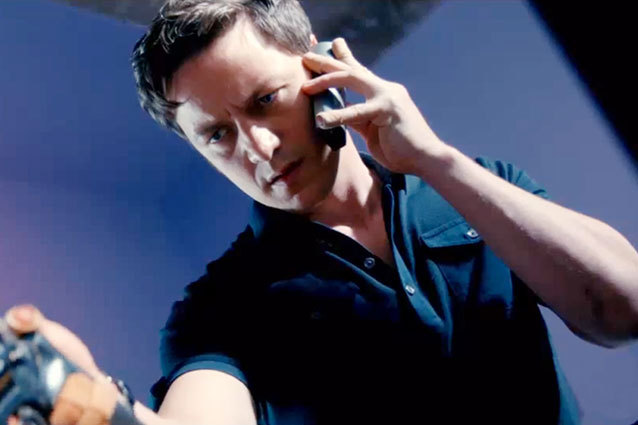 After taking time off to head a production at the British National Theatre as well as lend his creativity to the opening ceremony of the 2012 London Summer Olympics, director Danny Boyle returns to helming motion pictures with “Trance”, the trendiest thing to happen to the field of psycho-therapy since Freud began labeling peoples’ dreams as being the product of latent sexuality. 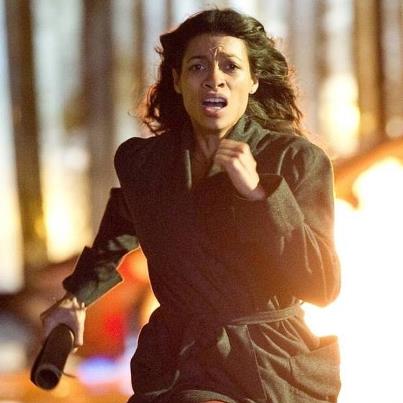 “Trance” tells the story of Simon (James McAvoy) a big-ticket art auctioneer who is responsible for taking the masterpieces on sale to a secret; secure location if an attempted robbery should ever occur. Danny Boyle’s film is very much about getting inside the heads of every character in the story, so when Simon immediately breaks the fourth wall, and begins to talk directly to the camera, the audience happily goes right along with it. Through this story telling tactic, Simon tells the anxious viewer just what’s involved in robbing an art auction. His information is so accurate; so detailed that one cannot help but think that he may not be as innocent as he first appeared. When Francisco Goya’s ‘Witches’ Sabbath’ finds its way to the auction floor, a painting that could fetch up to £25 million on the market, Simon makes a last minute decision that alters the rest of his life. He decides to steal it. The only problem, when Simon wakes up the next day, he forgets where he put it.

Screenwriters Joe Ahearne and John Hodge’s decision to pick Goya’s ‘Witches Sabbath’ as the pivotal painting that modifies the trajectory of the narrative is an apt choice because it is a work of art that truly reflects mankind’s control of his mind. Danny Boyle’s motion picture mirrors the same uncontrollable, wicked nature of the brain that Goya depicts in his painting. Seemingly every character involved in the story wants to get his or her hands on the missing painting, yet no one really seems to take the time to reflect on the ways the painting begins to manipulate his or her own mind. With this basic set up in place, Danny Boyle and his screenwriters are able to weave a tale that takes the audience in directions very, very far away from the opening premise. 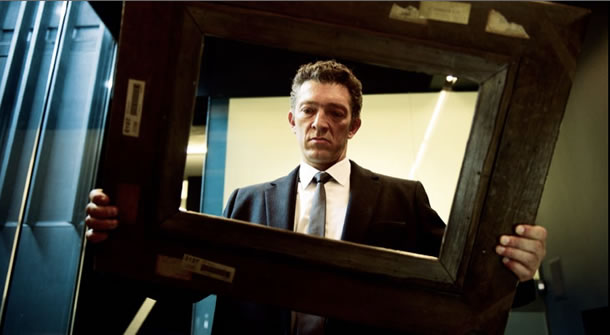 Much like Christopher Nolan penetrated the expansive lexicon of dreams in ‘Inception’, Boyle’s film explores the inner workings of human memories. With the help of Rosario Dawson’s character Elizabeth, an American hypnotist living in London, the audience is able to enter the memories, or lack there of, of each character in the story. Boyle warps, twists, and contorts the standard, linear story with this tactic. Sometimes the audience watches a character’s actual actions, and then in the next scene that same character’s real memories are shown, then in a subsequent scene, his perceived memoires are brought to the forefront, and then finally there are scenes of characters trying to find memories that are really in their head, but for some reason cannot be readily remembered. This cinematic tactic can definitely become confusing, but much like ‘Inception’ a few years back, ‘Trance’ definitely makes for a great post-viewing argument. 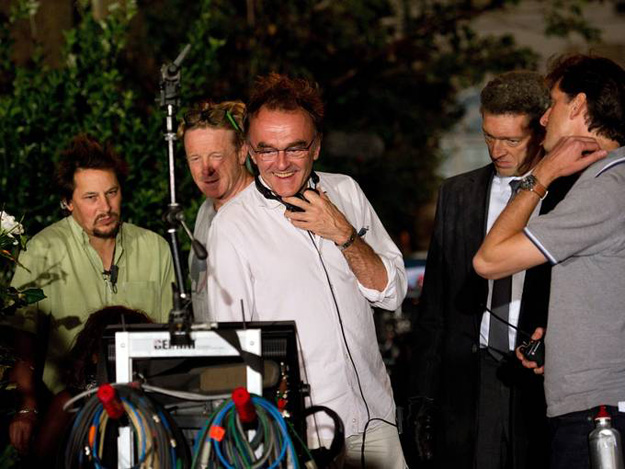 ‘Trance’s’ premise may be a little bit baffling, and even more far fetched, but if one succumbs to enough suspension of disbelief, he/she will come away pleased. McAvoy’s ability to create a protagonist that is at once vulnerable, yet also highlighted by insidious tendencies is absolutely incredible to watch on screen. Rosario Dawson and Vincent Cassel’s performances are equally enjoyable, and the love triangle the three create is by far one of the most original Hollywood has seen in awhile.

Danny Boyle can seemingly do it all. Even with the Olympics and British National Theatre on his plate, he is able to serve up an incredibly gratifying psychological thriller that leaves the viewer begging for a second helping.