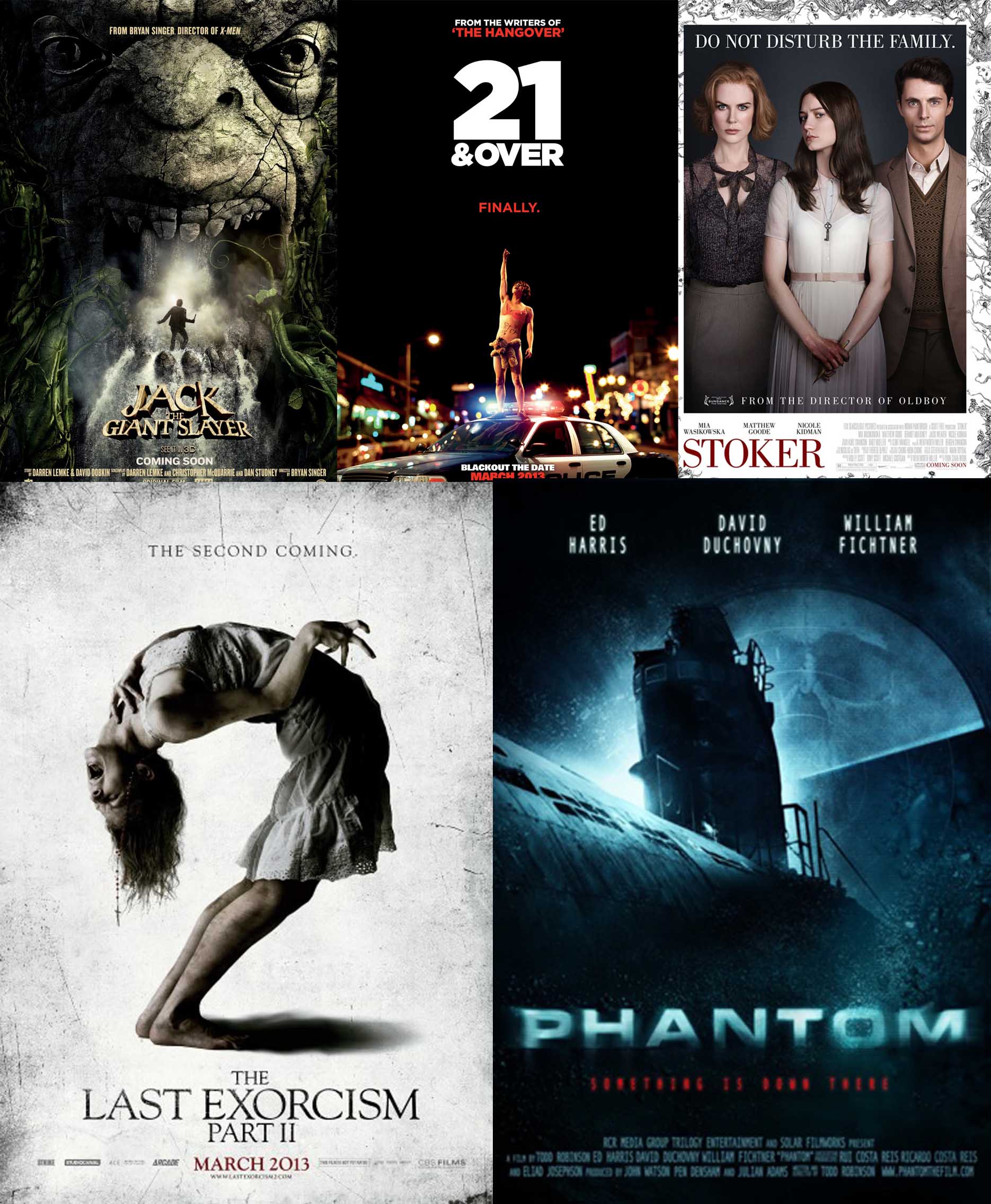 Based on the very familiar Jack and The Beanstalk folktale, Nicholas Hoult (X-Men First Class) plays Jack, a peasant farm boy who must rise to the occasion, literally, in order to save a medieval princess from a clan of monstrous giants living high above the sky. Bryan Singer’s (X-Men) fairy tale reboot is based off a script written by Darren Lemke (Shrek Forever After), Christopher McQuarrie (The Usual Suspects), and Dan Studney (Honey, I Shrunk the Kids: TV Series). http://jackthegiantslayer.warnerbros.com

From the same writers of the now iconic The Hangover, 21 and Over tells the completely over the top story of a medical student who, on his 21st birthday, finally decides to ditch his typically studious routine for a night fueled by binge drinking, drug popping, and ludicrous sex. Miles Teller (Project X) and Skylar Astin (Pitch Perfect) star. https://www.facebook.com/21andOver

For those that believe that evil never dies, comes the continued story of Nell Sweetzer who tries to put her life back in order after the horrific events that unfolded in the first movie. Unfortunately for Nell, the evil that once possessed her is fighting to once again consume her life. The Last Exorcism Part II brings in a fresh face– Ed Gass-Donnelly— as director. His previous directorial work consists of mostly shorts and the Palm Springs International Film Festival selection Small Town Murder Songs. http://www.thelastexorcism2.com

In an interesting stylistic decision, Phantom spins a Cold War narrative told through the eyes of the former Soviet Union. Phantom tells the true story of a rogue Soviet submarine that intended to spark an all out war against the USA, and the small group of marines responsible for disrupting that plot. http://phantomthefilm.com

Mia Wasikowska, Nicole Kidman, and David Alford star in an absorbing drama about a young woman’s (Wasikowska) increasing infatuation with her once estranged Uncle (Matthew Goode) that moves into the family’s house after her father dies.http://www.foxsearchlight.com/stoker/