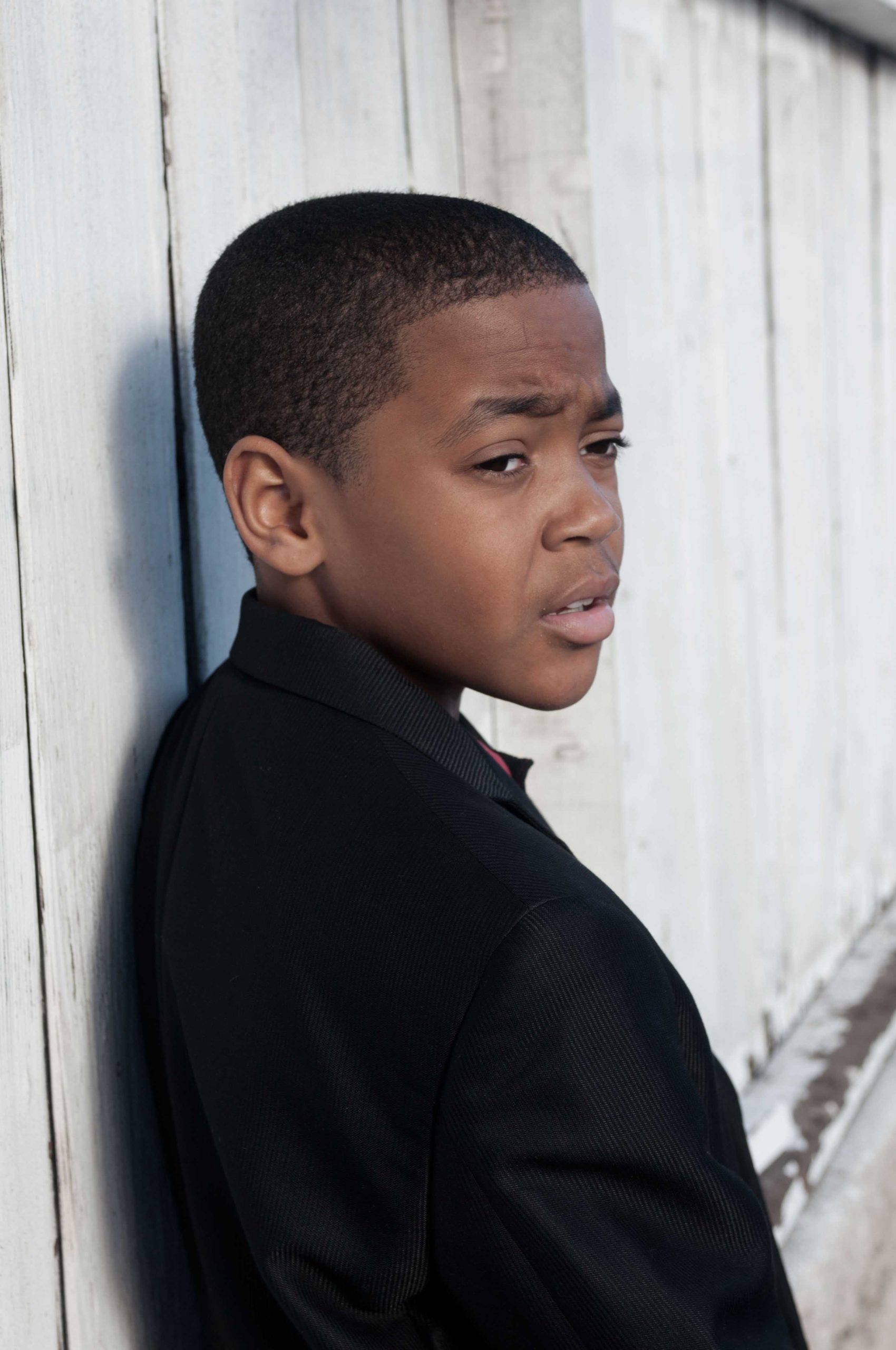 />Michael Rainey J1″. has a captivating presence on camera. Forget that he’s 12 going on 13 year’s old, this kid was born with the gift of acting. While most child actors are swept up in the Disney and Nickelodeon scene, only to long for more serious work later in life, Michael is already starring in dramatic roles alongside renowned talent. Currently, he leads the film “LUV” about a young boy from the wrong side of town who is thrown into the whirlwind of his Uncle Vincent’s criminal past. His character, Woody is practically an orphan with no father and a mother in rehab. Instead of going to school one day,  his Uncle decides to show him the ‘real world,’ which turns into a series of violent and dangerous events; forcing Woody to decide whether to follow his hero Uncle…or become his own man. Michael steals scenes from his co-star Common and was not fazed by working with names such as Danny Glover, Dennis Haysbert and Charles S. Dutton. Next he is under the direction of Oscar nominated director Lee Daniels in “The Butler,” in which Michael portrays the younger version of Forest Whitaker’s character. Michael told me all about his experiences working with everyone from Mariah Carey to Oprah Winfrey. In spending time with him, it’s amazing how he can go from being a goofball kid doing Kevin Hart impressions to reciting a serious monologue. Michael is one to watch. His career has just begun.

LUV’s content and storyline is quite heavy. Can you relate to it at all?

Sort of. I like comedy movies, so I don’t really watch a lot of drama or action movies. I thought it was an awesome script. I definitely wanted to be a part of it. I was excited when I first read it. It was just all the different stuff that Woody does that’s exciting—crazy stuff that kids shouldn’t do.

Do you know anything about that violent world that your character lived in?

Not really. I don’t know much about it. [laughs]

You worked with some great actors. What was your experience acting with Common, Charles S. Dutton, Danny Glover etc?

Working with Common was crazy because he’s one of my favorite rappers, so getting to work with him was a great experience. He’s like my uncle in real life now. Working with Mr. Danny Glover was crazy because I saw him in a movie, “Death at a Funeral,” which was hilarious, so that was exciting. 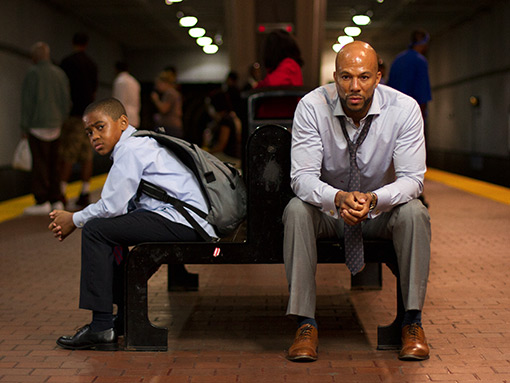 Did you ever prank each other?

During one scene where he asks a lady to give roses to Beverly [played by Meagan Good], we were walking out of the elevator, and he was like, ‘I got a present for you,’ and he farted. [laughs] And I was like, ‘What is that smell?’ because he farted as soon as we left the elevator. And after we finished doing the scene, I went back and the smell was still there! He said, ‘That’s your present’ and I was like, ‘Oh my gosh.’

How did you get into your character’s thought process? For instance, in the scene with Common where he’s being attacked and then you pull the gun?

In that scene, he told me to shoot it, but I was too scared that I might shoot Vincent, so that’s why I didn’t shoot in those scenes. I had to go through gun training.They taught me on set. At first I was kind of excited because I like to play a lot of shooting games like Call of Duty, but then when I first shot it I was like, ‘This is so scary.’ I didn’t want to do it anymore.

Since your character is so young and he is forced to handle guns, how do you react to school shootings? What are your thoughts on the Sandy Hook tragedy?

My opinion is that that guy is crazy. It was sad; I don’t get why. Who kills children for no reason?

It’s such a real story with what he was going through, so for kids who actually do live in that type of world, what advice would you give to them?

Stay out of trouble! Stay in school, kids.

You got to do a lot of driving. Was that fun?

It was so fun, just driving around, especially in a scene where he was on the phone and I kept on driving around him, beeping the horn. I wasn’t actually alone in the car. There was somebody in the back seat and they had the emergency brake just in case anything happened.

What does LUV mean? 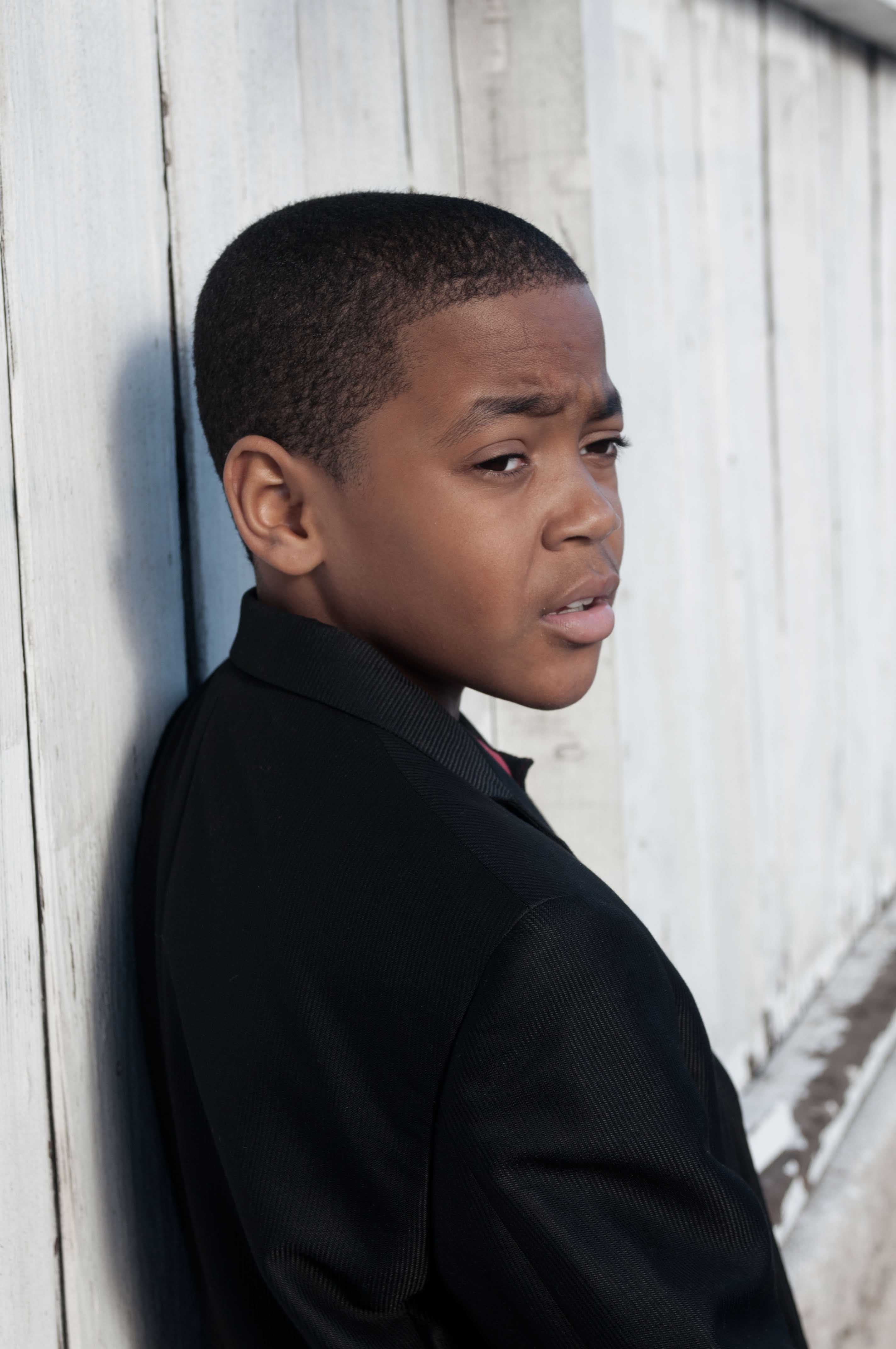 (SPOILER ALERT) At the end of the movie your character drives off into the sunset. Do you think it’s really a happy ending for him?

It was sort of a fluke how you got into acting right?

Well, the first movie I did was an Italian movie. That was all an accident—we didn’t look for it or anything. I did an Italian music video for an Italian singer named Tizziano Ferro, so the director of the Italian movie saw the music video and he found some way to contact my mom, and we ended up going to Italy for nine months to make the film.

Now you’re doing ‘The Butler’ with Lee Daniels. What can you tell us about that?

I don’t want to give the whole story away, but I’m the kid growing up who becomes a butler in the White House for 30 years. I didn’t get a chance to read the entire script because they never sent it to me, so I don’t really know much about it, but I know the main part of it.

How is it working with Lee Daniels?

He’s such a great director. He’s so nice and he’s calm. He would come on set with pajamas on. He calls me a ‘one hit wonder.’ There’s a scene in “The Butler” where I had to cry. I was there forever trying to cry, but I was so happy because I met Mariah Carey and Oprah. I tried to get into that state but I 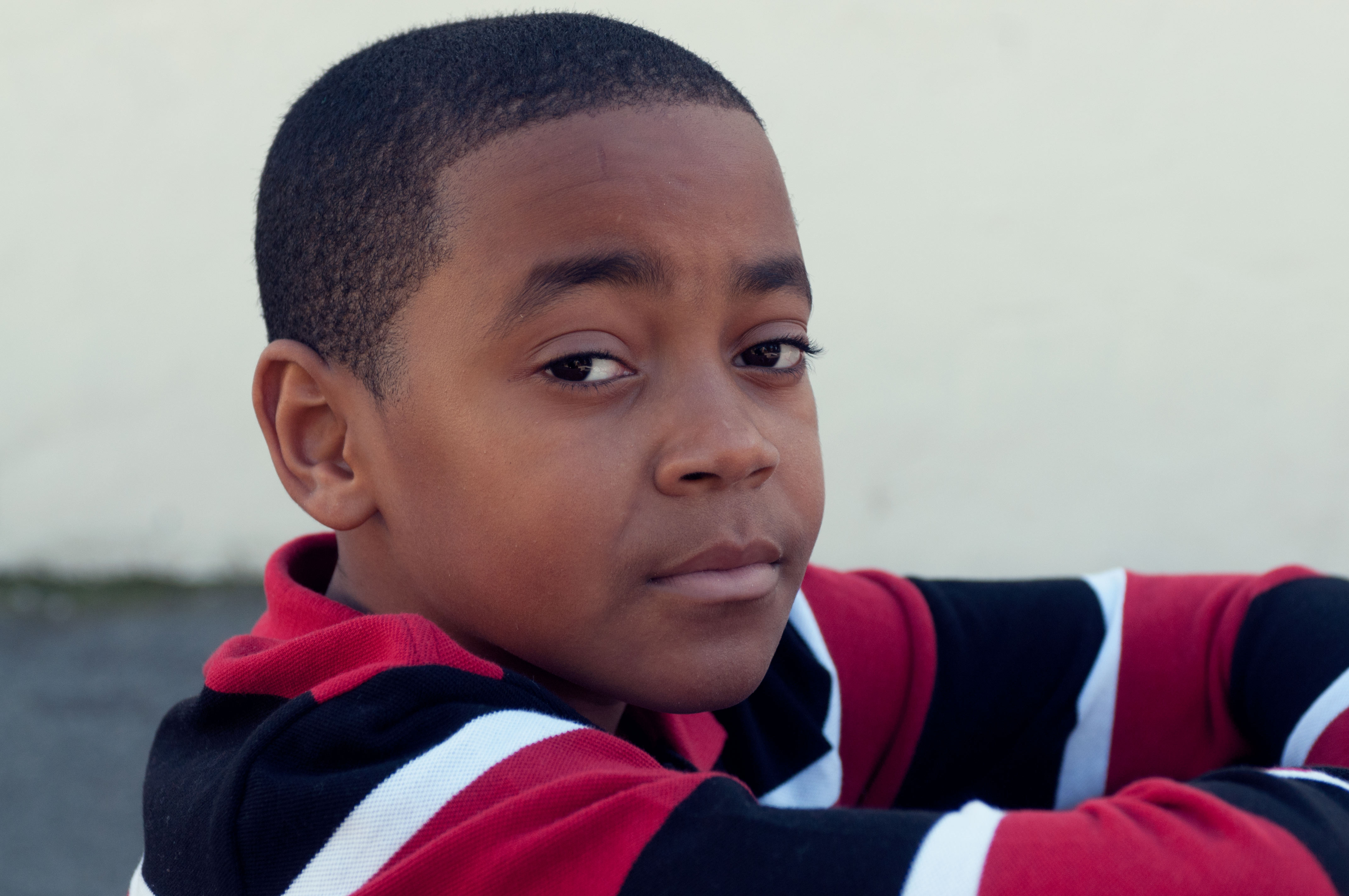 couldn’t do it. But I was so disappointed in myself… it made me cry! Usually to cry, I just think about bad stuff that could happen to the people I love.

It has quite a cast. Who do you have scenes with?

I have scenes with David Banner, Mariah Carey, and Ms. Vanessa Redgrave. It was exciting.

You’re not fazed at all working with these people?

No, I don’t get star struck. I just stay calm. 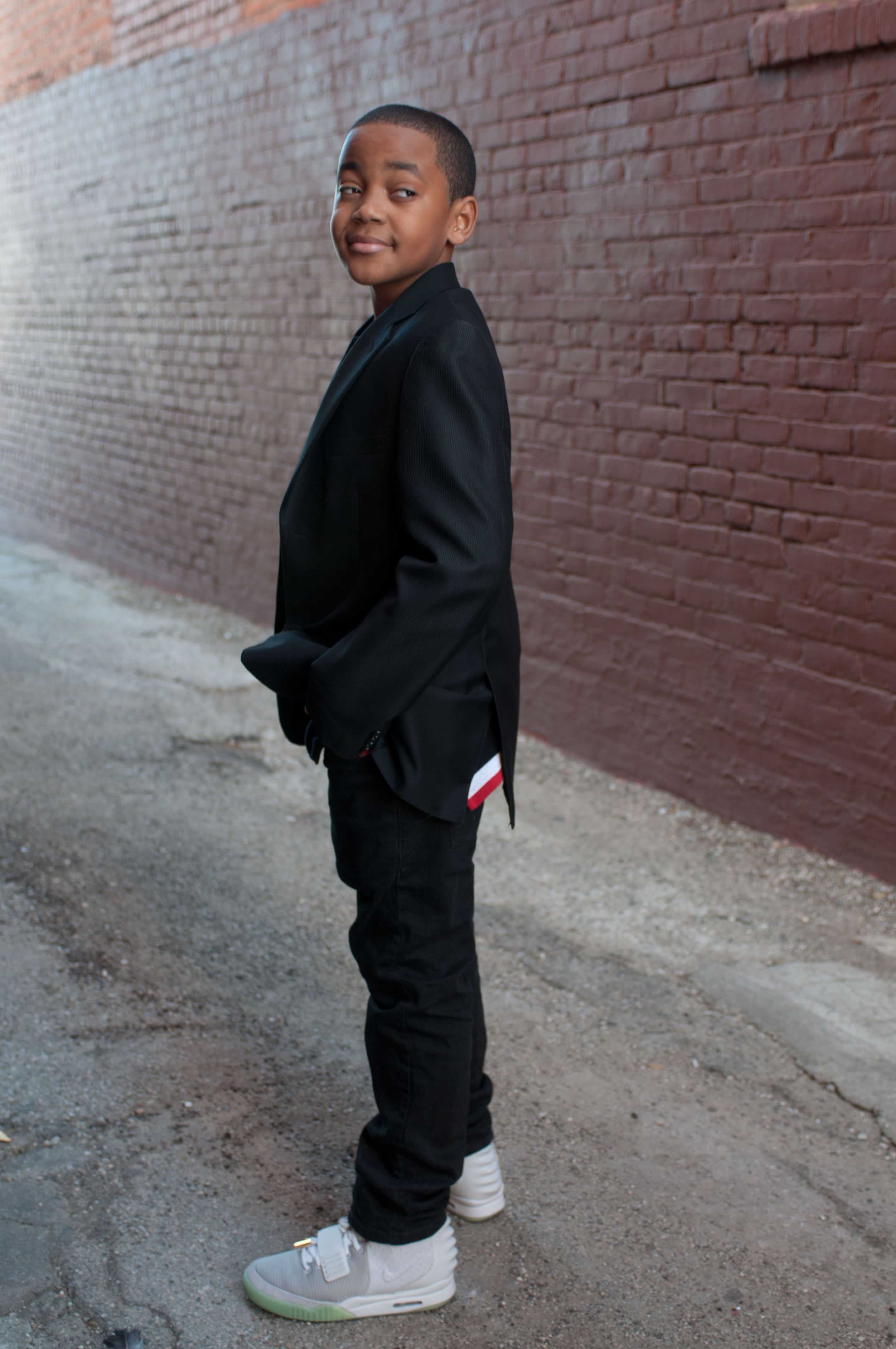 What other kinds of movies do you want to do?

Kevin Hart. I don’t know who else, but definitely Kevin Hart.

What do you like to do when you’re off set?

Draw, listen to music, and make music—I make beats. I have a little MIDI controller, and I bring it on set and I have a big one that’s home. When I’m on set and I travel, I just bring a smaller one with me and I make beats on that.

What about school, since you’re working all of the time?

I’m home schooled and on set, my mom teaches me.

Tell me something that nobody knows about you; maybe a pet peeve?

Cats. Well, I love some cats. It depends, because some cats are so annoying. They’re always climbing on me and scratching me. And love bugs are another pet peeve. They’re like these flies I saw in New Orleans that just fly around everywhere, and there are two of them attached together, and they don’t bite you or anything. They just fly around you, and it was so annoying. Every time when I was filming “The Butler,” love bugs would always come to me and I just had to slap them all around.