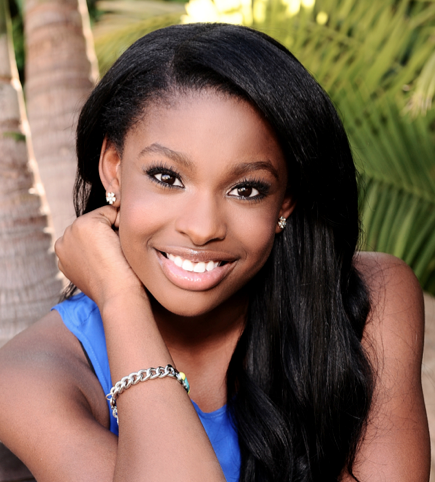 Southern California property development mogul, Rick Caruso, has brought his successful method of highlighting fantastic live entertainment at shopping centers to his property in Glendale. This weekend The Americana did what Caruso’s other famous L.A. complex, The Grove, has been doing well for so long- showcasing entertaining talent at the center of their buildings buzzing with happy shoppers. Saturday evening, Radio Disney held a concert at the Americana to reveal the season 5 winner of their hit television competition show, “N.B.T” (Next BIG Thing). The screams and cheers from the audience of ecstatic children and merry adults could be heard at every corner of the outdoor Americana, festively decorated with lights and huge sparkling Christmas trees.

Disney created a show filled with the kind of joy and energy only the mega-popular franchise can accomplish. Hosted by Jake Whetter, the concert was packed with both fun and stars. When Whetter finally announced the winner, the audience went crazy. The newly anointed queens of Radio Disney were sisters Chloe & Halle. They were beyond thrilled when the decision was revealed, hugging each other and profusely thanking their young enthusiastic fans saying that they were “in shock.” As they sung their song “TMI” everyone was bouncing and swaying their arms in the air to their catchy choruses.

Following their performance, season 3 winner, Coco Jones, took the stage. Though she is only 14, in bold glittery pants and a fashionable black blazer, as she sang her new song, “Holla At The DJ,” she seemed far more mature. Her sound came off as seasoned as well. In fact, with the punchy notes, her older appearance, and her stage presence, it almost felt as if she was some much younger version of Beyonce or Rihanna. Even the parents in the crowd couldn’t help but bop their heads along to her track as well. As a Disney star, Jones has the total package. She can sing, dance and act, and I wouldn’t be at all surprised if her tunes started making their way on to Top 40 radio stations.

Saturday night Jones proved what exactly an NBT winner can achieve after their season, so I’ll be on the lookout for addictive songs from both Jones and Chloe & Halle.