Alex Clare: The Strangeness of The Hour 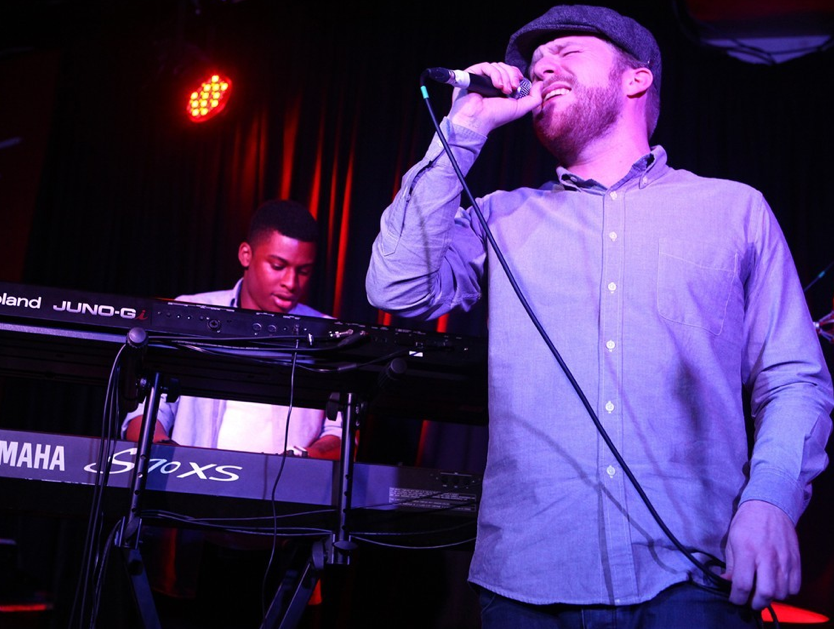 When I interviewed Alex Clare last month, he came off as tremendously invested in his craft with a strong passion for both music and life. His excitement and zeal for the tracks he was creating and the art behind the formation of those tunes was evident right from the start. That commitment and energy clearly comes across in his popular debut album, “The Lateness of the Hour.” I thoroughly enjoyed his record and his philosophy and I was extremely excited to see him perform live. Still, though I was certain that Clare would put on an impassioned live performance, I was just a bit nervous about what he would actually sound like, as he depends so heavily on computerized sounds and electronic beats. This week I went to see Clare at Hollywood’s Fonda Theatre, and I quickly found out that all of my assumptions were wrong. There’s no disputing it; the man has vocal chops. Every one of his songs was sung with fantastic precision and a full, powerful vocal that never wavered in its strength or control. His stage presence, however, was the complete opposite.

The strangeness of the crowd and the odd opening act didn’t really help the awkward feeling of the evening either. As Clare is devoutly religious and now a mainstream musician, he drew in an audience that was a peculiar mix of Orthodox Jews, ranging from 17 to 70, and traditional Angeleno hipsters obsessed with his top ten hit, “Too Close.” Though this mashup of people was pleasant enough, it didn’t exactly give the evening or the crowd a cohesive feeling. Some people were there to throw back a few beers and jam out to an electro-soul singer, and the other half was there to see a spiritual man belting out powerful funky ballads. Adding to this uneasy fusion was the warm up band, Moshav, a religious group that sang praise songs like, “Light The Way,” and “Streets of Jerusalem.” While they were certainly good, it was still a somewhat weird marriage of rock, reggae and religion. As they were performing I couldn’t help but feel like instead of a show at The Fonda, I was at the most rockin’ Saturday Temple services I’d ever been to.

Finally Clare himself appeared on stage wearing his nondescript uniform of a light blue button down, brown pants and a tweed flat cap. From the first dark note that rumbled out of him in his opening song, “Relax My Beloved,” it was obvious that he was going to have no problem at all with his vocals. Throughout all of his songs like “Treading Water,” “Up All Night,” and “Hummingbird,” his voice was excellent. He sang with a full-bodied warble that filled the entire theatre. Unfortunately, he did all of this with his eyes closed and his hands at his sides, barely moving at all. Though he seemed happy to be on stage, he also seemed genuinely uncomfortable and almost embarrassed with all the attention focused on him. The crowd could definitely sense this and as they cheered for him it seemed as though they were doing so in order to coax him into loosening up and letting go of what can only be described as classic stage anxiety. The most he gave the audience was a bashful smile and a quickly mumbled, “Cheers, thank you.”

When he closed with his calling card and VH1 Top Twenty Countdown #1 hit, “Too Close,” the crowd fist pumped, and bobbed along to the great track… and then half of them did an about-face turn and headed out of the arena before waiting to see if he would come back for an encore (which he did).

On the whole, I can’t really fault Clare for his performance. He sang with great accuracy and truly couldn’t have sounded better, which is a lot more than I can say for a most artists. But without really adding anything at all to his jerky performance, I felt that everyone would have been just as satisfied if they had put his record on full blast and listened to it at home. Perhaps with time and practice Clare will feel more at ease on stage. So, though I don’t really recommend seeing Clare live, I still wholeheartedly recommend him as an artist. Enjoy him where he really shines: in the studio.