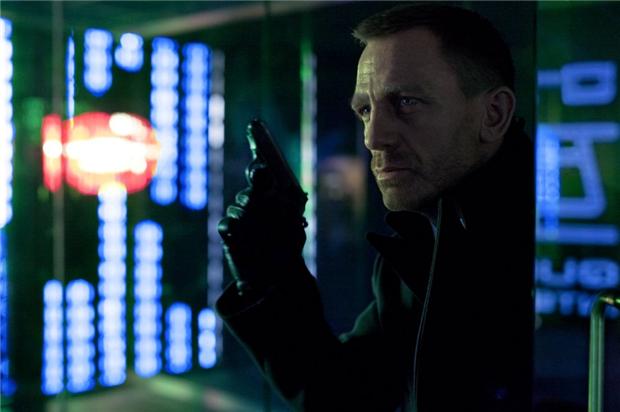 If there was a Dictionary definition for Bond, James Bond, these adjectives would be listed: attractive, suave, strong, swift and undefeatable. In SKYFALL, the 23rd installment of the Bond legacy, 007 is not the man you knew in Sean Connery’s or Sir Roger Moore’s portrayal. He has seen better days; with circles under his eyes, shooting at a bullseye but missing the first, second and third tries. While critics across the board have praised the 50 year anniversary Bond film for portraying the best spy agent in history as a more “gritty” and “real” man; I found myself paying less attention to Daniel Craig in the titular role and more to Judi Dench as “M” or Javier Bardem as the flamboyant villain “Silva.”

In SKYFALL, it’s all about saving the girl. M that is, not the new Bond Girl. In fact, the tall beautiful brunette who is played by Berenice Marlohe is less of a Bond Girl and more of a one-night stand and gone the next morning kind of character. The film opens with a chase scene (big surprise), as Bond chases down the enemy who has stolen a hard drive containing information on MI6’s most valuable agents. You would think that fighting atop a train would cause his fall, but no, Bond is struck by a bullet instead and plunges to the deep waters below. Only 15 minutes in and 007 is proclaimed dead. Of course not, the agent is washed up on a tropical island somewhere with a beautiful woman and a bottle of rum. Back in London, M has become the target of her ex-agent and traitor to MI6, Silva who will hunt M down to her death at no cost. Who will save the day? Yes, Bond emerges from the shadows… but now with a bruised ego and a bad aim. And so the chase begins.

As with all Bond films, the action is first-rate. Judi Dench and Javier Bardem give great performances, as does the supporting cast with Ralph Fiennes, Naomie Harris, Ben Whishaw and Albert Finney. As far as Daniel Craig is concerned, he is good, but he is not Bond.