Trailer: Faith Based Nature Documentary 'The Riot and The Dance' Begins Crowdfunding

The Riot and The Dance, the popular, creation-driven documentary series featuring Dr. Gordon Wilson, is announcing a crowdfunding campaign today to fund the first season of The Riot and The Dance Streaming TV series. The series will be distributed by Angel Studios, a new movie and TV studio platform putting the power of Hollywood into the hands of everyday people. The creators are looking to raise 5 million USD in 30 days.

“Working on ‘The Riot and The Dance’ is more than a dream come true. For a scientist and animal lover, there’s nothing like adventuring in the field. And now, thanks to our fantastic production crew, I can bring millions of families along for the ride, celebrating creation and the Artist behind every fantastic critter,” said Dr. Gordon Wilson, host of The Riot and The Dance. “Faith-based nature docs have never had space in the industry. I’m still amazed that such a shakeup is really happening, and I’m beyond blessed to be a part of it.”

The Kanye West song “Selah” is featured in the trailer and is used by permission.

Originally launched in 2018 as a feature-length documentary film, The Riot and The Dance debuted in 850 theaters nationwide in a successful Fathom event. The film was then acquired by The Orchard, now 1091, where it became available on Hulu, Amazon, and most other streaming platforms. The second documentary film in the two-film series was released digitally to consumers directly during the beginning of the covid-19 pandemic and became a family favorite.

The Dove Foundation endorsed the films in this way: “The Riot and The Dance celebrates God, the great Designer, and it will thrill the entire family, earning the Dove All Ages Award.” 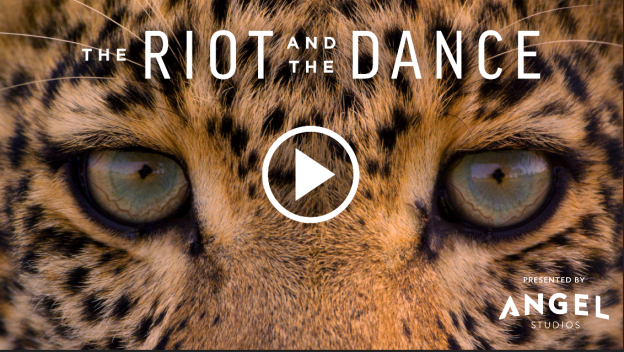