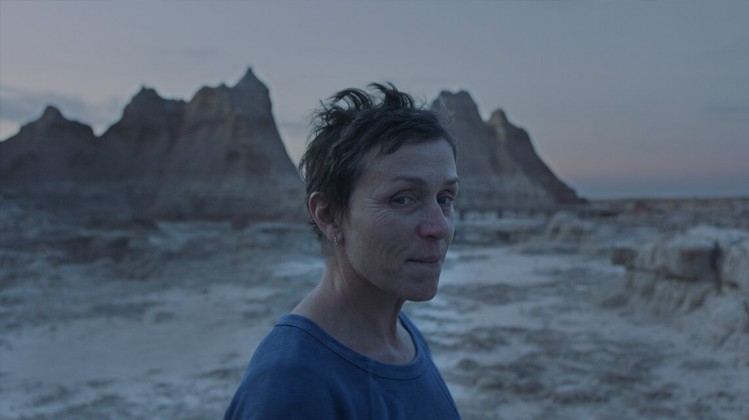 The 2021 EE British Academy Film Awards, presented over two ceremonies in one weekend, celebrated the very best in film of the past year.

Supporting Actor was won by Daniel Kaluuya for Judas and the Black Messiah.

Supporting Actress was awarded to Yuh-Jung Youn for Minari.

Soul won Animated Film and Original Score. Another Round won Film Not in the English Language.

Writer/director Remi Weekes received the award for Outstanding Debut by a British Writer, Director or Producer for His House.

The Special Award for Outstanding British Contribution to Cinema was presented to filmmaker Noel Clarke.

The Fellowship, the highest honour the Academy can bestow, was introduced by Hugh Grant and presented to director Ang Lee.

The EE Rising Star Award, voted for by the public, went to Bukky Bakray.

On Saturday 10 April, the ‘Opening Night’ ceremony was hosted Clara Amfo, who was joined by guests Rhianna Dhillon and Joanna Scanlan at the Royal Albert Hall. The programme gave audiences an in-depth insight into the filmmaking process, and the winners in eight categories were revealed.  The show was broadcast on BBC Two and BBC Two HD.

As part of BAFTA’s year-round programme of learning events and initiatives, 50 of this year’s nominees across 10 categories took part in ‘BAFTA Film: The Sessions’ from 22 March – 1 April. The Sessions saw the nominees discuss their craft in interviews that are available online on the BAFTA Guru YouTube channel at http://bit.ly/BaftaFilmSessions2021.

Other year-round film activity includes initiatives such as BAFTA's new talent activity including the scholarships programme, BAFTA Crew, BAFTA Elevate, as well as masterclasses, the David Lean Lecture delivered by a leading film director, and the 'BAFTA A Life in Pictures' series.