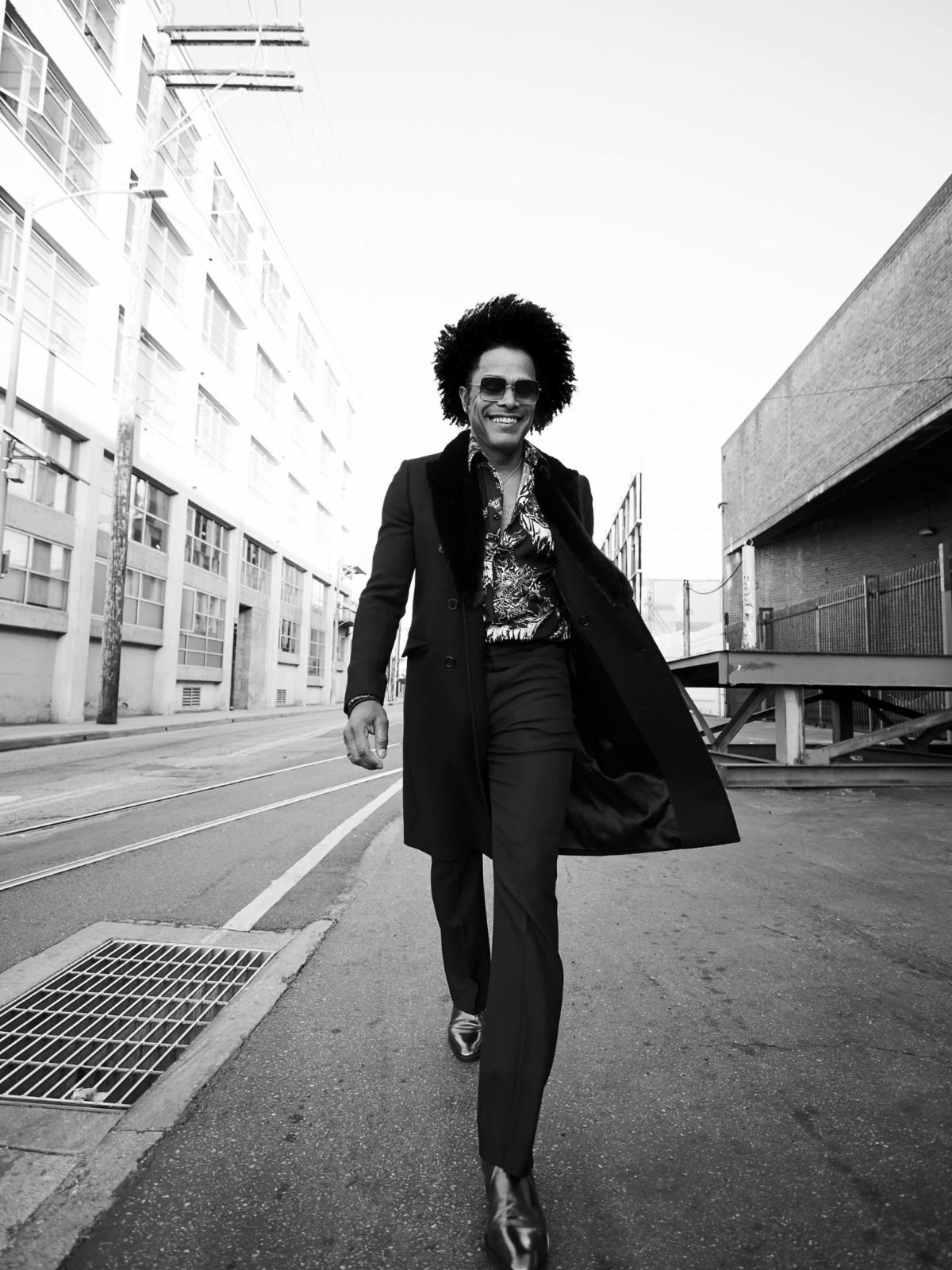 Fresh off the heels of announcing his highly awaited full-length album, blacksummers’NIGHT, arena tour and single “Off” – a “probing ballad full of bass slink” (Rolling Stone), three-time GRAMMY® Award-winning multi-platinum artist Maxwell unveils his music video for “Off.” Directed by frequent collaborator Philip Andelman and shot in a vast expanse of desert, the video is a stunning, evocative counterpart to the intimate single.

Maxwell recently shared “Off” as the first single on his upcoming album blacksummers’NIGHT, the finale to the trilogy that began with #1 GRAMMY® Award-winning epic BLACKsummers’night in 2009. The slow-burning track – teeming with the soul singer’s signature seductive spirit – pairs his instantly recognizable vocals with longtime creative partner Hod David’s simmering production and intoxicating instrumentals.

This past Sunday, Maxwell received the “Legend” Award at the 2021 Soul Train Awards where he accepted the honor while expressing his lasting gratitude to his most trusted creative confidants and all the artists who paved the way for his remarkable career.

Watch his incredible performance that got the entire audience to their feet HERE.

Maxwell will support his upcoming album with the NIGHT 2022 Tour across North America in partnership with the Black Promoters Collective – the preeminent coalition of African American independent promoters. The 25-date run kicks off in Dallas, TX at Texas Trust CU Theater, visits legendary arenas such as Barclays Center in Brooklyn and The Forum in Los Angeles, and concludes at FTX Arena in Miami, FL on May 8. Anthony Hamilton and Joe have been confirmed as support.

blacksummers’NIGHT closes out a journey Maxwell first embarked upon over a decade ago. 2009’s BLACKsumers’night bowed at #1 on the Billboard Top 200, earned a platinum certification, and garnered GRAMMY® Awards in the categories of “Best R&B Album” and “Best Male R&B Vocal Performance” for “Pretty Wings.” In 2016, the sequel blackSUMMERS’night captured #3 on the Top 200, marking his fourth Top 10 debut overall. The album also earned a coveted “Best New Music” classification from Pitchfork in addition to 4-out-of-5 stars from Rolling Stone, 3.5-out-of-4 stars from USA Today, and A- from Entertainment Weekly. Meanwhile, “Lake By The Ocean” received “Best R&B Song” at the 2017 GRAMMY® Awards.

Maxwell has artfully managed to transfix music lovers for more than two decades, releasing five studio albums, all in his own time and all duly anointed as classics. The soul singer redefined soul music in April of 1996 when he released his critically acclaimed debut on Columbia, 'Maxwell's Urban Hang Suite.' It earned Grammy nominations, double platinum status and RIAA gold for the single, "Ascension (Don't Ever Wonder)." The platinum albums 'Embrya' (1998) and 'Now' (2001) followed. After eight years, 2009's 'BLACKsummers'night' debuted at No. 1 on the Billboard 200 and won two Grammys, including Best R&B Album. To date, Maxwell has achieved 4 platinum album certifications from the RIAA. His last album ‘blackSUMMERS’night,’ the second installment of his musical trilogy, earned Maxwell his third-Grammy (Best R&B Song for “Lake By The Ocean”) an NAACP Image Award (Outstanding Male Artist), and a Soul Train Award (Best R&B/Soul Male Artist). 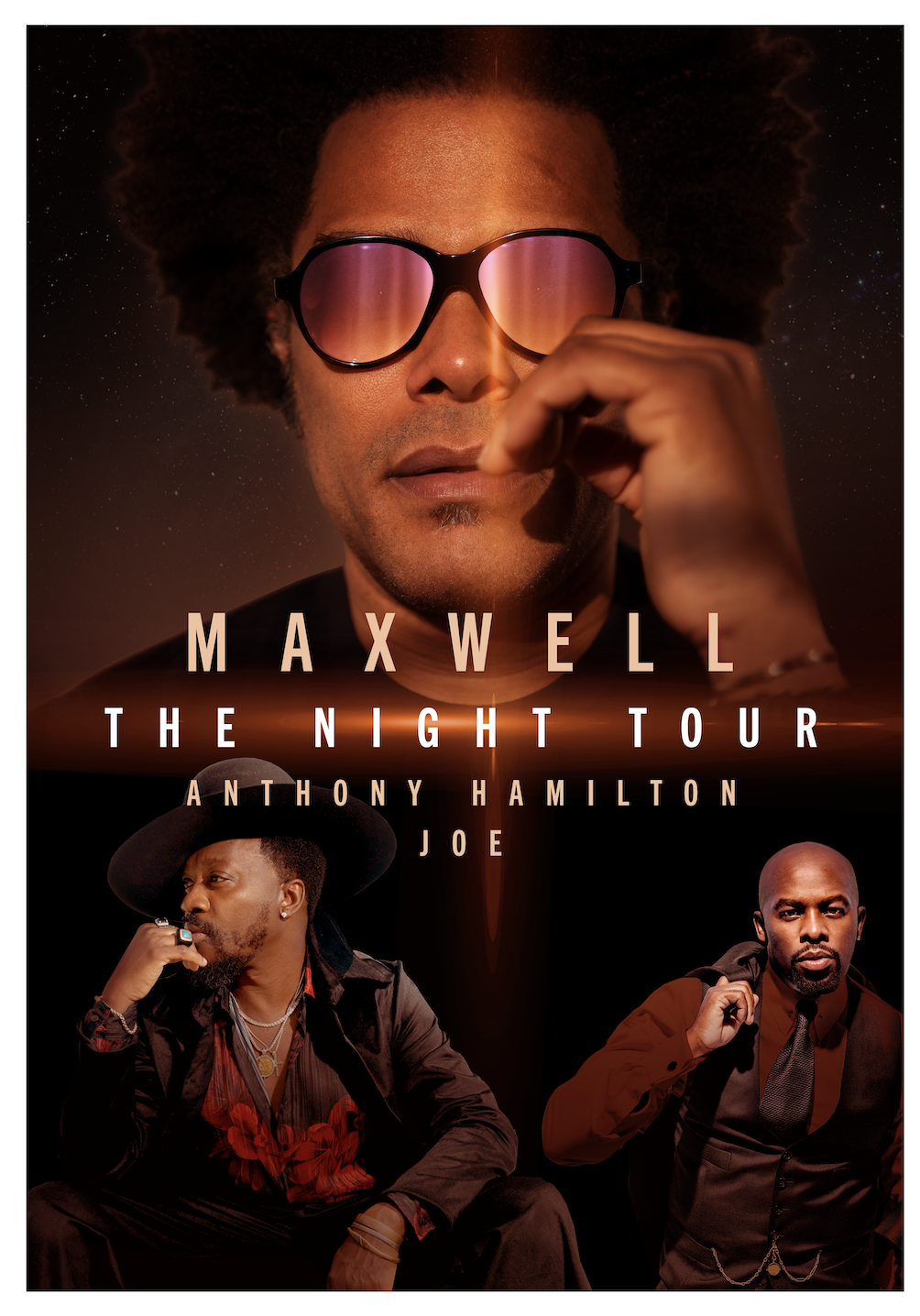