UK artist and songwriter Foxes returns today with the release of "Friends In The Corner," her third single since returning from a game changing three year hiatus—out now via [PIAS] Recordings. "Friends In The Corner" is both irresistibly danceable and emotionally charged, as it narrates the fragility and often, hidden nature of mental health, and the vulnerability and internal battles everyone goes through.

Stuck in the solitary confinement of quarantine, Loren Gray dreams of being alone with a special someone in the official video for her new single, “Alone.” Fans have been awaiting the clip ever since Loren dispelled dating rumors with the news that she and fellow social media star Tayler Holder were simply shooting a music video. Holder plays her ex. In the clip, Loren debuts a sophisticated, custom diamond look from Michael Costello.

Rising Australian musician and songwriter, Blake Rose returns with a stunning live video for his single, "Ordinary People," which is out now via AWAL Recordings. Directed by Matt Sav and shot on-location at dusk in the town of Kalamunda, just outside of Perth in Western Australia. 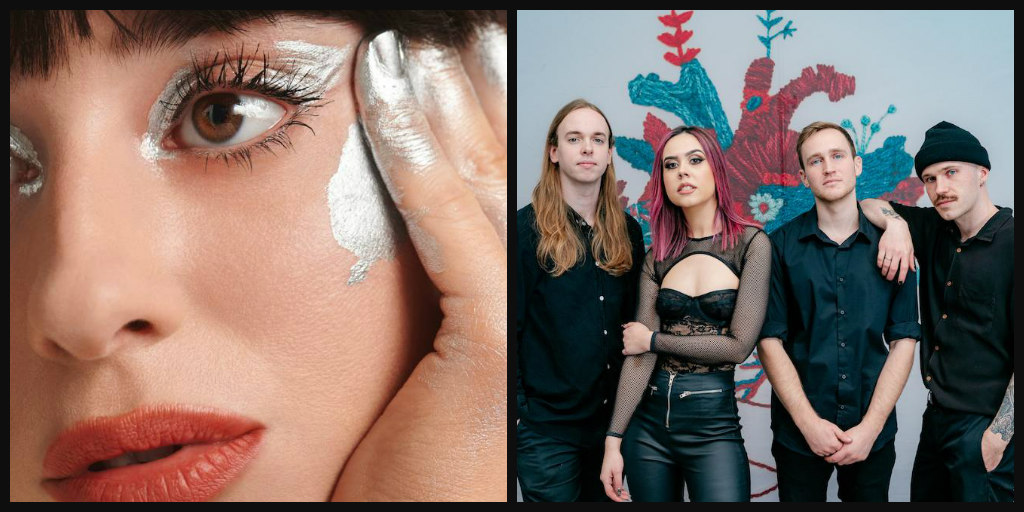 Ahead of the release of their hotly-anticipated debut record this month, Australia's pop-punk bright lights Yours Truly have revealed a new single and video "Funeral Home" today. The single explores a sentiment perhaps many can relate to, after vocalist Mikaila Delgado found herself coming to a personal realization on family as she grew older.
Following the release of her new single "Flower Through Concrete," dynamic pianist Chloe Flower releases her new music video for the track.  Directed by Asian American female director Deb Tam, the video was filmed on the diverse streets of downtown New York City and showcases Chloe's love of high-fashion and her signature performance style
Today, Montreal R&B/Hip-Hop artist Lubalin releases a new music video for single "Don't Know" and shares his debut self-titled EP. The "Don't Know" video premiered via Aesthetic Magazine and sees the artist coming to terms with his own identity. Cathartic and contemplative, the video showcases dark tones that represent the battles of inner conflict.
Platinum-selling German/Croatian producer ​Topic and Swedish singer/songwriter ​A7S ​reunite on the new single “Why Do You Lie To Me” ​featuring chart-topping, GRAMMY®-nominated rapper ​Lil Baby​. Laden with infectious melodies and warm piano chords, Topic’s new offering flaunts his signature “melancholic dance music” style.