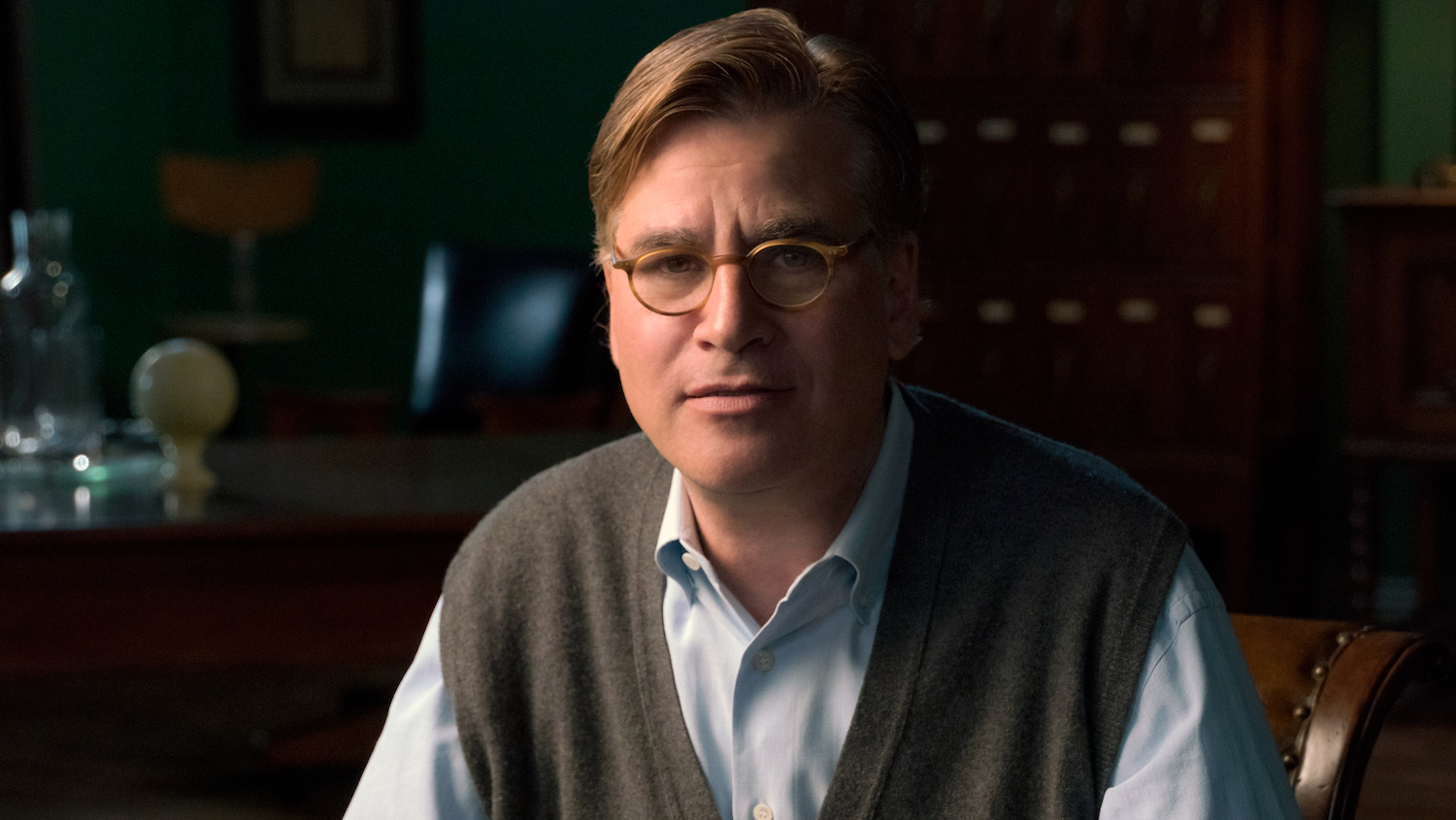 Academy-Award® winning writer and renowned playwright Aaron Sorkin graduated from Syracuse University with a B.F.A. in Theatre. He made his Broadway playwriting debut at the age of 28 with A FEW GOOD MEN, for which he received the John Gassner Award as "Outstanding New American Playwright." Sorkin made the jump to feature films with his 1993 adaptation of A FEW GOOD MEN. The film was nominated for four Academy Awards® including "Best Picture" and five Golden Globes including "Best Screenplay." He followed this success with screenplays for MALICE, THE AMERICAN PRESIDENT, CHARLIE WILSON'S WAR, and STEVE JOBS, which garnered him a Golden Globe Award for "Best Screenplay."

For television, Sorkin created and produced NBC's renowned series THE WEST WING, which went on to win a total of 26 Primetime Emmy Awards, including "Outstanding Drama Series" for four consecutive years from 2000-2003. For his work on the series, Sorkin twice received the Peabody Award and Humanitas Prize, as well as three Television Critics Association Awards and Producers Guild Awards, a Golden Globe Award and a Writers Guild Award. He also produced and wrote the acclaimed television series SPORTS NIGHT, STUDIO 60 ON THE SUNSET STRIP, and THE NEWSROOM.

In 2018, Sorkin premiered his Broadway stage adaptation of Harper Lee's iconic American novel TO KILL A MOCKINGBIRD. The production currently holds the title of the highest grossing American play in Broadway history. His newest film The TRIAL OF THE CHICAGO 7 is available on Netflix beginning October 16.  Montclair Film is proud to honor Aaron Sorkin with our 2020 Filmmaker Tribute.

In 1998, in between creating STRANGERS WITH CANDY and working as a correspondent on THE DAILY SHOW, Stephen Colbert helped write a pilot for ABC called SOMETIMES LIVE, an hour-long comedy set behind the scenes at a fictional variety show.  It never saw the light of day.  Now, after 22 years of sitting in a drawer, Stephen and his friends will perform the script for one night only! The Montclair Film Festival is proud to present our first-ever staged reading performance, so join us to watch and decide for yourself whether ABC made the right call! 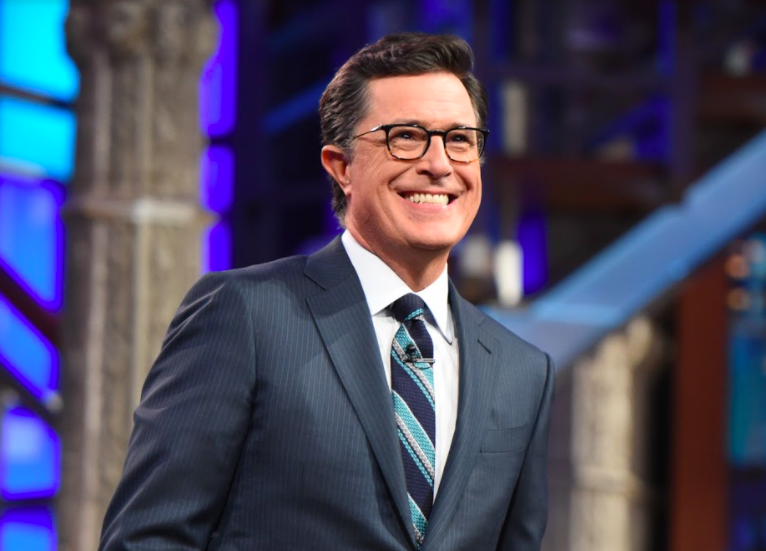 Sienna Miller was born in New York, educated in England, and studied drama at the Lee Strasberg Institute. Her film debut came in 2004 opposite Daniel Craig in LAYER CAKE. From there, she appeared in FACTORY GIRL, and CASANOVA. Miller received a British Independent Film Award nomination for Best Supporting Actress for her role in THE EDGE OF LOVE and both a BAFTA Orange Rising Star Award and an Independent Spirit Award for her performance in INTERVIEW. In 2013, she was nominated for a BAFTA TV and a Golden Globe for her role in HBO's THE GIRL playing Alfred Hitchcock's muse Tippi Hedren. Miller starred in FOXCATCHER, AMERICAN SNIPER, UNFINISHED BUSINESS, BURNT, HIGH-RISE, LIVE BY NIGHT, and THE LOST CITY OF Z. Miller's most recent project, WANDER DARKLY screens at the 2020 Montclair Film Festival, and will be released by Lionsgate this fall.

One of the best comedies of the year, PALM SPRINGS was the breakout hit of the 2020 Sundance Film Festival, a true independent success story that continues to reach new audiences on Hulu. Join star and producer, Andy Samberg, star Cristin Milioti, Director Max Barbakow, and writer Andy Siara as they discuss the creative process behind their hilarious mindbender of a film, and their experience with bringing the movie into the world in a year unlike any other.
Available in MFF's Virtual Cinema beginning October 17

After over a decade of impressive work on stage, film and television, British-Afro Caribbean actor Kingsley Ben-Adir is becoming one of the most sought after talents in film and television. In Regina King's directorial debut ONE NIGHT IN MIAMI…, the Closing Film of the 2020 Montclair Film Festival, Ben-Adir gives a breakthrough performance as civil rights leader Malcolm X.  Ben-Adir can also be seen playing the role of Barack Obama in Billy Ray's THE COMEY RULE, opposite Jeff Daniels and Brendan Gleeson, starring with Sarah Snook in SOULMATES, the new episodic anthology series AMC, the Hulu comedy-drama series HIGH FIDELITY opposite Zoe Kravitz, as well as the HBOMax anthology rom-com series, LOVE LIFE, alongside Anna Kendrick and produced by Paul Feig.  Previously, he appeared in the Netflix series THE OA, and the BBC/Netflix's critically acclaimed series PEAKY BLINDERS. THE MFF is proud to honor Kingsley Ben-Adir with our 2020 Breakthrough Performer Award for ONE NIGHT IN MIAMI…, coming soon to Amazon Prime. 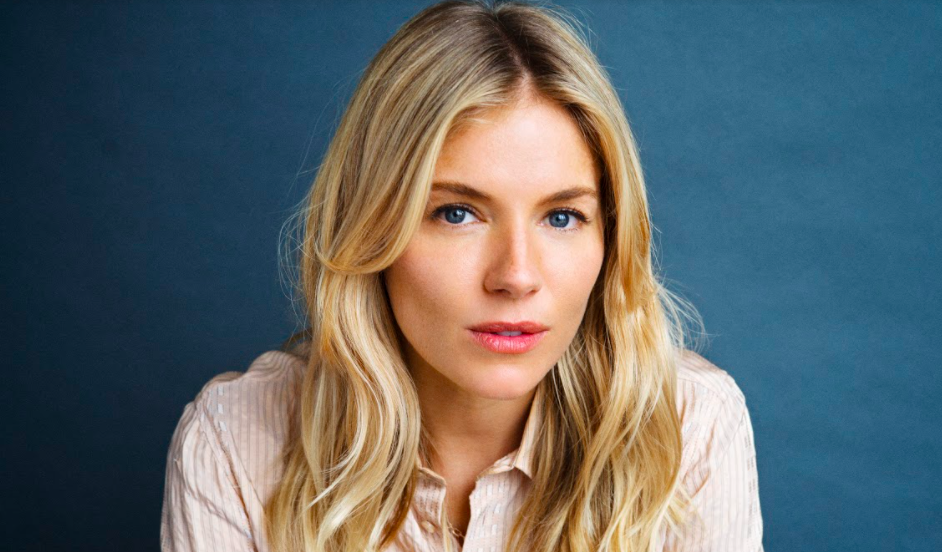 Lee Isaac Chung grew up in Lincoln, Arkansas, on a small farm in the Ozark Mountains. He received his BA in Biology at Yale University and his MFA in Film Studies at the University of Utah. He was awarded a USA Artist Ford Fellowship In 2012 for his work. Chung is an award-winning writer and director. His first feature film was the Rwandan family drama MUNYURANGABO, which premiered at the 2007 Cannes Film Festival to great acclaim. He went on to direct the feature films LUCKY LIFE and ABIGAIL HARM. His award-winning new film MINARI, which debuted at the 2020 Sundance Film Festival, is the Montclair Film Festival's 2020 Virtual Centerpiece Film. The MFF is proud to present Lee Isaac Chung with the festival's 2020 Breakthrough Director Award.
Available in MFF's Virtual Cinema beginning October 17

PRESERVING THE LEGACY OF CINEMA: 30TH ANNIVERSARY OF THE FILM FOUNDATION

This year marks the 30th anniversary of The Film Foundation, one of the world's essential film preservation organizations dedicated to protecting and preserving motion picture history. Founded by Martin Scorsese, the organization has helped restore over 850 films from all over the world. To celebrate, we're joining Film Foundation Executive Director Margaret Bodde and film archivists from The Academy Film Archive, The Anthology Film Archive, and MoMA as they discuss the process of film preservation, share highlights from important restorations, and explore the challenges they face in their quest to preserve the history of film.

2020 has been a watershed moment in the documentary filmmaking community, as organizations like Brown Girls Doc Mafia build community, develop resources and networks, and engage in an organized effort to create opportunities and representation for women of color in all areas of non-fiction filmmaking. Join our panel of women in non-fiction film as they explore the impact of their work on the field of documentary films, the challenges ahead, and the solutions and resources being developed that are creating systemic change Nin the documentary film community.

Films have the power to change our thinking, show us new perspectives, and drive us to action. But how can you effectively build these social impacts into your filmmaking plan from the beginning? This panel will explore strategies for impact, from inception to funding through production and distribution. This conversation will include case studies and best practices for investors, producers, artists, and audiences to harness the power of film for positive social transformation.

With the COVID-19 pandemic having an outsized economic impact on families and communities in need, the demand for support to end food insecurity is at record levels around the country, with service providers bearing an outsized burden for meeting surging needs. But while the demand for support has dramatically increased, food insecurity is a legacy issue that has been impacting our community for decades. Join us as we use the film HUNGRY TO LEARN as a springboard for a conversation about solutions and support for those in need in our community.

Presented in partnership with Partners for Health Foundation

With the recent passage of the New Jersey film and television production tax credit, exciting films like JOKER, NEWARK, and more have begun a revival for filmmaking in the state where movies began. Additionally, investments in the infrastructure for production have created economic opportunity across the state, fostering a climate of creative support. But with the COVID-19 pandemic shutting down film and television production, uncertainty about the future has created a new environment. Join our panelists as they discuss opportunities and changes in the landscape as we look forward to post-COVID-19 environment.

Presented in partnership with Genova Burns

"This year's Storyteller Series, presented by our friends at Audible, is a chance for us to honor the artists whose work continues to shape the art of film," said Montclair Film Executive Director Tom Hall. "From our 2020 Filmmaker Tributee Aaron Sorkin to our Breakthrough Performer Kingsley Ben-Adir, our Breakthrough director Lee Isaac Chung, to artists like Sienna Miller, Cristin Milioti, Andy Samberg, Max Barbakow, and Andy Siara, we expect rich discussions that allow us to explore ideas, craft, and story."

"And we're thrilled to host our first-ever staged reading, with Stephen Colbert generously agreeing to unearth an unproduced pilot and welcome a cast of friends to bring the story to life," Hall continued. "We look forward to hosting this special program."

The full 2020 Montclair Film Festival line-up will be announced on October 2, 2020. Tickets for Montclair Film members go on sale on October 5, with public tickets on sale October 8. To become a member or purchase tickets, please visit montclairfilm.org.