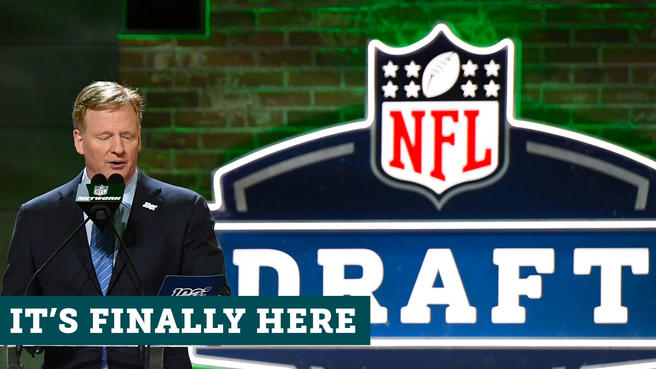 With his selection at No. 1, Burrow joins CAM NEWTON (Carolina, 2011) as the only quarterbacks to win the Heisman Trophy, National Championship and be selected with the first-overall pick in the same calendar year in the common draft era.

Along with the selections of DENZEL WARD (Cleveland, No. 4 overall in 2018) and NICK BOSA (San Francisco, No. 2 in 2019), Ohio State becomes the first school to have a defensive player selected in the top-five in three consecutive Drafts in the common draft era.

Young and Okudah are the first pair of college teammates to be chosen with consecutive top-three selections since the 2000 NFL Draft, when Penn State saw COURTNEY BROWN (Cleveland, No. 1) and LAVAR ARRINGTON (Washington, No. 2) chosen at the top of the first round.

In addition to Okudah, Ohio State defensive back DAMON ARNETTE was selected No. 19 overall by the Las Vegas Raiders. It marks the fifth time that a school has had two defensive backs selected in the top-20 in the common draft era and the first time since 2017 [Ohio State – MARSHON LATTIMORE (New Orleans, No. 11) and MALIK HOOKER (Indianapolis, No. 15)].

TOP-TEN QBs: With the selections of quarterbacks JOE BURROW (Cincinnati, No. 1 overall), TUA TAGOVAILOA (Miami, No. 5) and JUSTIN HERBERT (Los Angeles Chargers, No. 6), 2020 is the sixth NFL Draft since 1967 and second in the past three years (2018) to have three quarterbacks selected in the top-10.

ROLL CALL: Four offensive players from Alabama - quarterback TUA TAGOVAILOA (Miami, No. 5 overall), wide receivers JERRY JEUDY (Denver, No. 15) and HENRY RUGGS (Las Vegas, No. 12), and offensive lineman JEDRICK WILLS (Cleveland, No. 10) – were chosen in the first round of the 2020 NFL Draft.

Alabama joins USC [1968 – Pro Football Hall of Famer RON YARY (Minnesota, No. 1), MIKE TAYLOR (Pittsburgh, No. 10), MIKE HULL (Chicago, No. 16) and EARL MCCULOUGH (Detroit, No. 24)] as the only schools to have four offensive players selected in the first round of a single Draft in the common draft era.

DUO OUT WIDE: Alabama wide receivers JERRY JEUDY (Denver, No. 15) and HENRY RUGGS (Las Vegas, No. 12) were each selected in the first round of the 2020 NFL Draft.

Jeudy and Ruggs became the fifth pair of wide receiver teammates to be drafted in the first round of the same draft since 1967 and the first pair to both be chosen in the top-15.

THE FIRST ROUND OF THE SAME NFL DRAFT SINCE 1967

RAIDING THE FIRST: The Las Vegas Raiders selected wide receiver HENRY RUGGS (No. 12) and defensive back DAMON ARNETTE (No. 19) in the first round of the 2020 NFL Draft. ​

Sports
Prepare For The Draft With NFL's 'Path to the Draft'