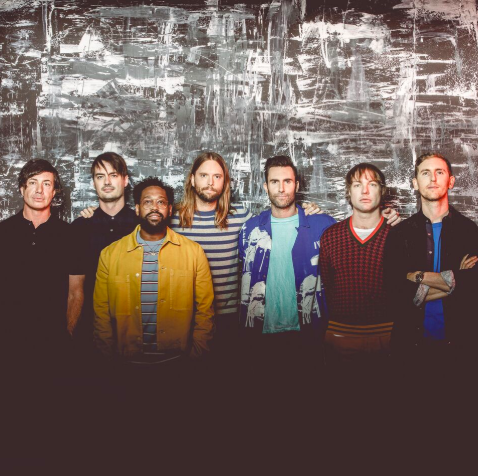 Three-time GRAMMY®Award-winning multi-platinum band Maroon 5 have announced new details of their Red Pill Blues World tour. International run with opener Sigrid on select dates is produced by Live Nation and will kick off on February 19th in Brisbane, Australia and wrap on June 11th in Paris, France. Click HERE for on sale details!

Maroon 5 will return to the road on September 7th in Salt Lake City, UT for the second leg of the bands Red Pill Blues U.S. tour run with opener Julia Michaels and wrap on October 15th in New York, NY at Madison Square Garden. The band is also set to return in Las Vegas, NV for their annual New Year’s Eve shows at Mandalay Bay Resort and Casino. Click HERE for more info!

“Girls Like You,” Maroon 5’s most recent single, spent its fifth consecutive week at #1 on Top 40, fourth consecutive week at #1on HOT AC, is #2 on the Billboard Hot 100 and reached #1on iTunes and Spotify, all while accumulating over 318 million Spotify streams and 713 million YouTube/ VEVO views. The video reunited the band with film director David Dobkin, who directed the band’s music video for “Sugar.” Click HERE to view the video for “Girls Like You.” The single, featuring Cardi B, is available on the Deluxe Edition of Maroon 5’s platinum-certified sixth full-length album, Red Pill Blues [222/Interscope].

In addition, Maroon 5 have also released several female only remixes of “Girls Like You,” featuring St. Vincent which premiered via The Fader, TOKiMONSTA (HERE to listen), WondaGurl(HERE to listen), and CRAY (HERE to listen). Continuing their message of women’s empowerment, the band and Interscope also made a charitable donation to the Malala Fund. Click HERE for more info!

Food & Drinks
What Are The 50 Best Southern Restaurants In The U.S.?

FYI
Visit London AND The 'Downton Abbey' Movie Set? You Could...