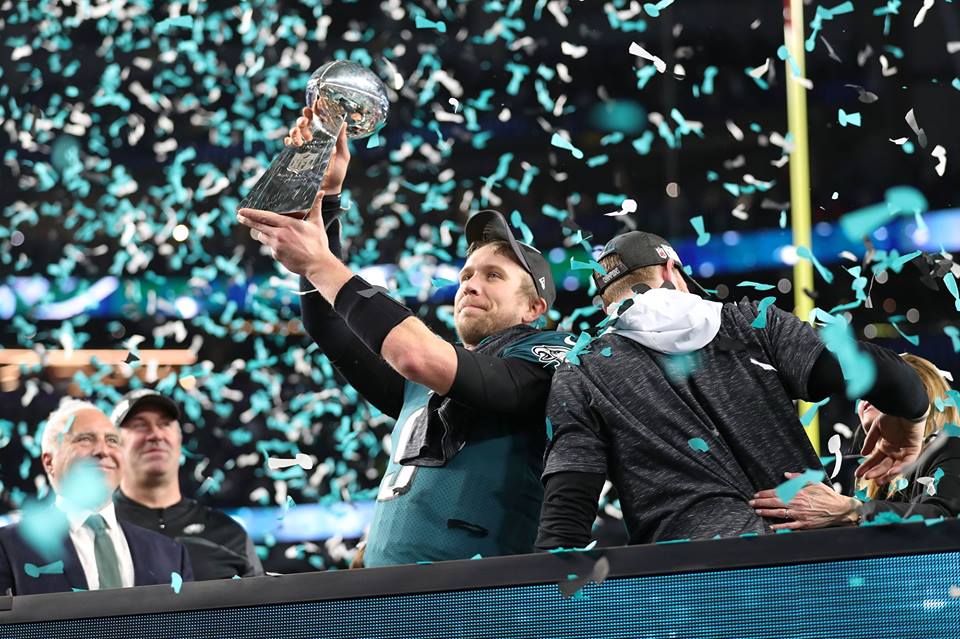 On Sunday, the Philadelphia Eagles celebrated their first NFL title since 1960 after winning Super Bowl LII.

Beating the New England Patriots41-33, both teams earned the most combined total yards in a game in NFL history Sunday, according to NFL.com

The Super Bowl MVP was Nick Foles. Foles landed in the top five all-time for most passing yards in a Super Bowl with 373.

This was the first Super Bowl title for Philadelphia, which went 7-9 last season.