Famous for its giant window clocks, fifty-foot ceiling and a techno ghost, Esquire’s 2011 flamboyant Bachelor Pad of the Year has finally sold. 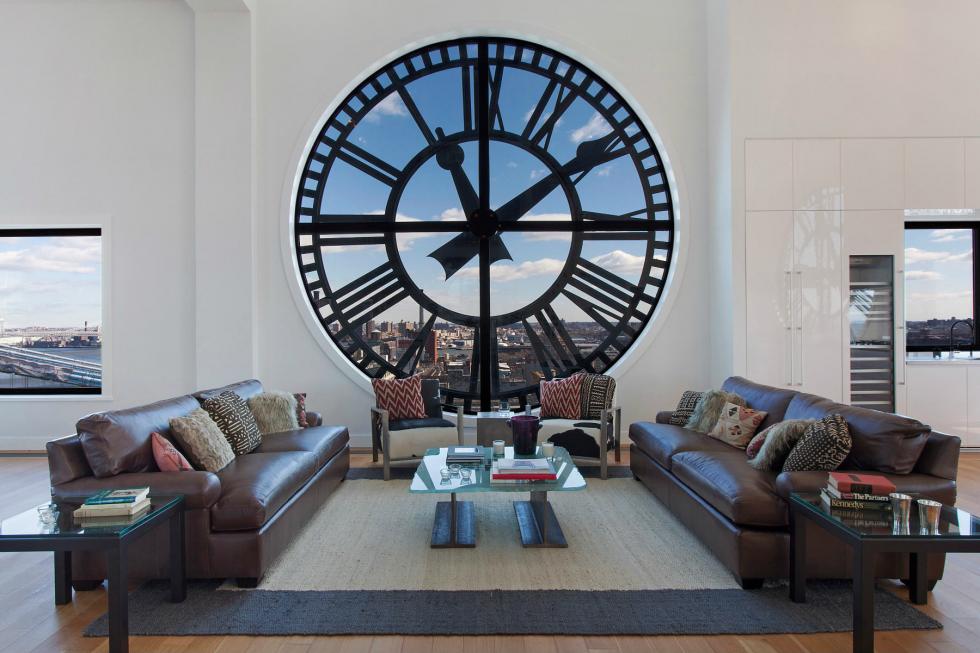 It first went on the market at $25 million and was later reduced to $19 million. It finally sold and closed at $15 million, setting a new record for the borough’s condo market. Listing agents were Frank Castelluccio and Nicholas Hovsepian of the Corcoran Group.

Located in Brooklyn’s Dumbo district, the 1914 landmark Clock Tower building is close to all the upscale and trendy restaurants, indie music performances, gallery shows and shops run by local artisans. It’s an actual clock tower; the first thing you see across the space when you enter is a huge 14-foot, clock-face window. There are four of these giant clocks, all electronically synchronized to show exactly the same time. Through these and other large windows are postcard views from the Hudson River and Statue of Liberty to Manhattan. 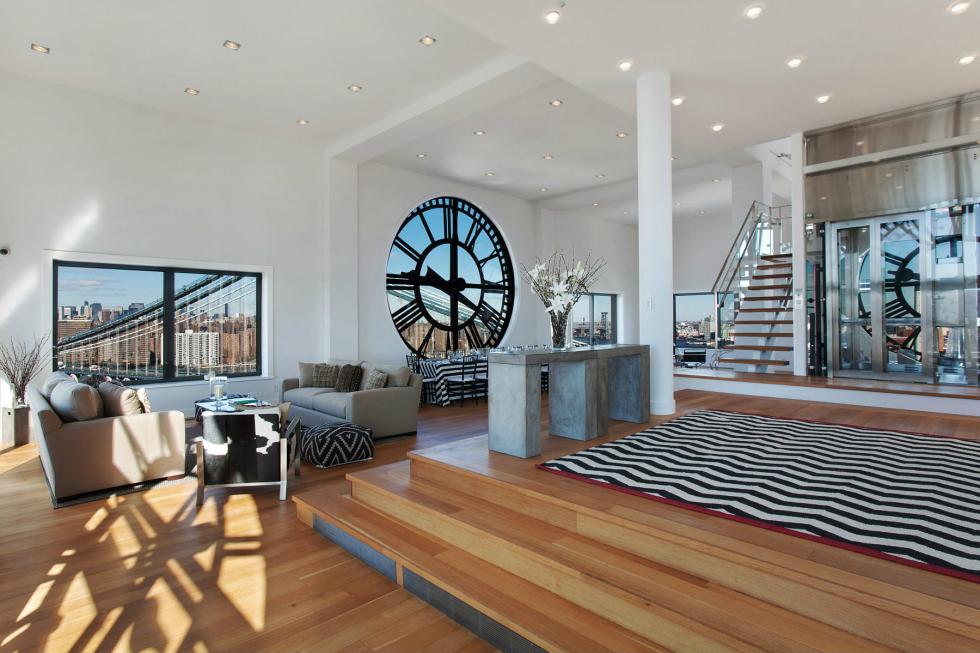 Also something a bit different, in case the big clock faces were not enough, was Charlotte - a life-sized digital lady ghost who was on duty 24/7. She could be seen sitting at the bar, swimming through the atrium and walking along the walls of the lounge. When Esquire moved out, the condominium was put up for sale and Charlotte moved out.

The triplex measures in at 6,813 square feet of open-concept living and a total of 11.5 rooms including three bedrooms, four baths, a recreational space, sky-roof cabana and open deck offering views from the Verrazano Bridge to the Empire State Building. Ceilings as high as fifty feet, glass elevator and large expanses of glass provide spectacular views around the clock.

Music
Can't Make It To The Desert? Live Stream Coachella...

Lifestyle
Marilyn Monroe's Brentwood Home On The Market For $6.9 Million

Lifestyle
What Does The World's Tallest Home Look Like?

Lifestyle
Ellen DeGeneres Montecito Villa On The Market For $45 Million