Image not of article's subject

Amtrak Cascades Train 501 derailed on Monday morning south of Tacoma, Washington. Part of the train fell into an overpass on Interstate 5.

The train was enroute from Seattle to Portland. Approximately 78 passengers and five crew members were on board at the time of the crash.

Multiple fatalities have been reported. In addition to the tragic deaths, 77 people were taken to local hospitals.

According to Washington State Police spokeswoman Trooper Brooke Bova, all but one of the train's 14 cars jumped the tracks.

Amtrak President and co-CEO Richard Anderson said, “On behalf of everyone at Amtrak, we are deeply saddened by all that has happened today. We will do everything in our power to support our passengers and crew and their families.” 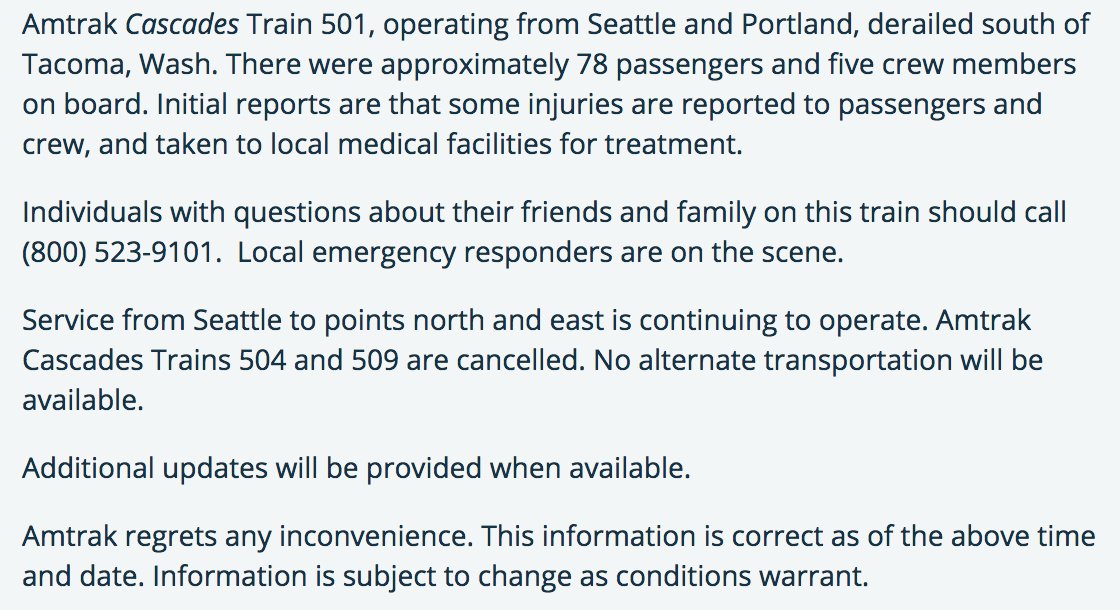