Sam Smith Announces Album & Tour Dates 'The Thrill Of It All' 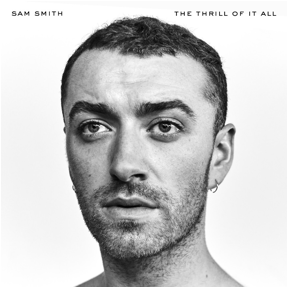 Sam Smith's sophomore album, The Thrill Of It All, will be released worldwide on November 3rd via Capitol Records.

The pre-order is underway now at http://samsmith.world/TTOIAUS. Fans who pre-order the digital album will instantly receive the new track "Pray" plus the first single, "Too Good At Goodbyes."See below for full track listing.

Today, Smith announced the North American dates for The Thrill Of It All tour. The arena run will kick off on June 18, 2018 at Air Canada Centre in Toronto and include shows at Barclays Center in Brooklyn (June 27), New York City's Madison Square Garden (June 29) and STAPLES Center in Los Angeles (August 28 & 29). See below for itinerary. An exclusive 24-hour ticket pre-sale for fans will begin on Wednesday, October 11, at 10:00 AM local time at http://samsmithworld.com. Tickets will go on sale to the general public on Thursday, October 12, at 10:00 AM local time. Each ticket purchased online for any of the U.S. dates on The Thrill Of It All tour will include a copy of Smith's new album. Visit http://samsmithworld.com for additional details.

Smith will be the musical guest on "Saturday Night Live" on October 7. He recently gave fans a taste of his new album during a series of intimate shows in London, New York, Los Angeles and Berlin.The Thrill Of It All finds Smith once again working alongside close friend and long-time collaborator Jimmy Napes plus Timbaland, Malay, Jason "Poo Bear" Boyd and Stargate. He also collaborates with the unsigned artist YEBBA on the song "No Peace."

The Thrill Of It All Tour - 2018 North American Dates

Music
First Look: Sam Smith Album Teaser For 'The Thrill Of It All'