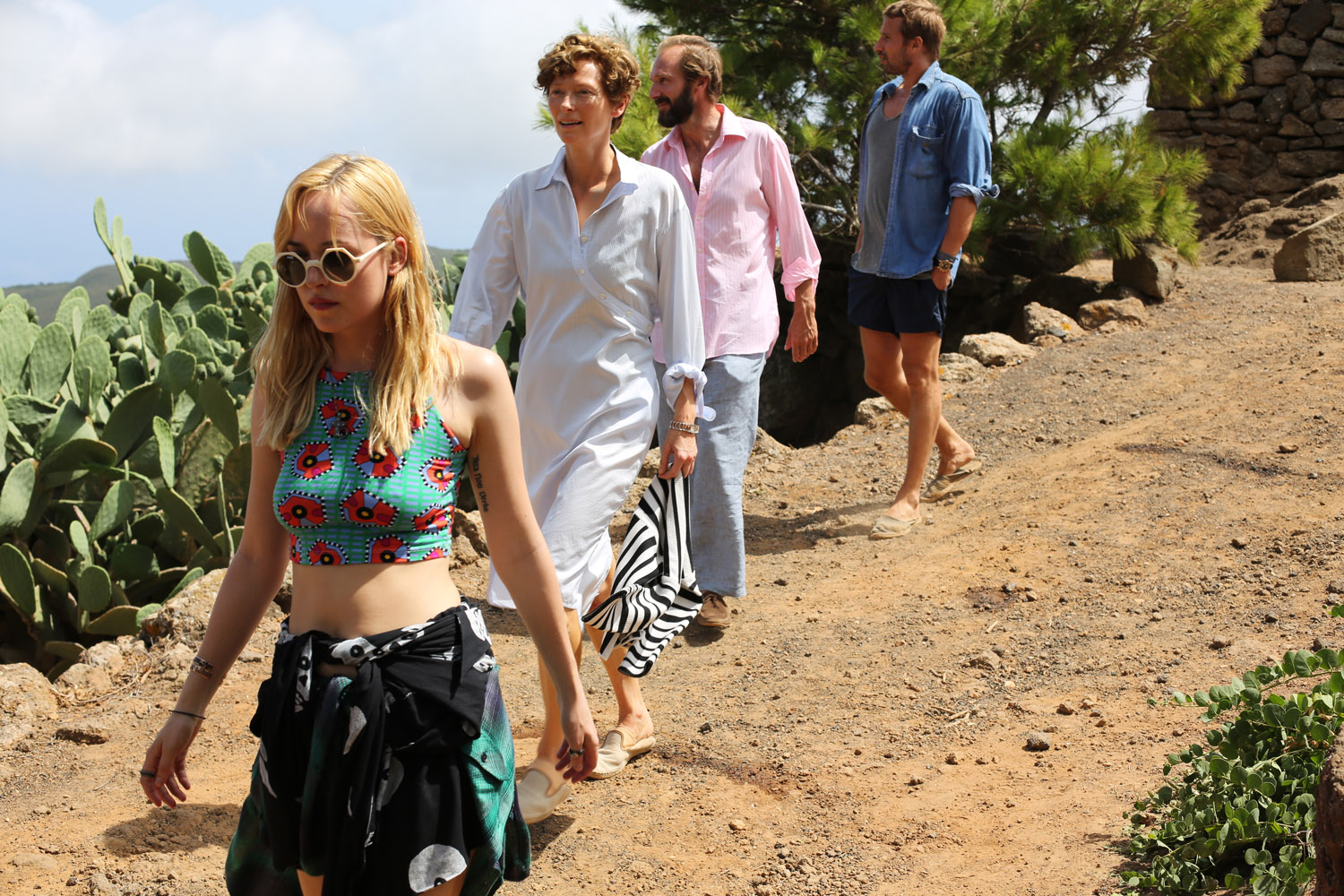 Tensions erupt when a rock star’s romantic Mediterranean getaway is disrupted by her music producer ex and his mysterious daughter in “A Bigger Splash,” a sly and sensual drama starring Tilda Swinton, Ralph Fiennes, Matthias Shoenaerts and Dakota Johnson.

The fourth collaboration between Swinton and director Luca Guadagnino (“I Am Love”), this steamy remake of the 1969 Italian-French film “La Piscine” (Original film starring Alain Delon & Romy Schneider) features superlative performances from the acting quartet, an intelligent screenplay that deftly handles humor, drama and eroticism, and luscious cinematography that brilliantly captures the unusual beauty of its exotic locale. Leisurely paced but always engaging, “A Bigger Splash” veers off course in the final third thanks to a whopper twist that may not ruin the entire film but audiences are bound to balk at. Still, there’s an undeniable appeal to the way the film revels in its unconventional beats, and positive press and strong word of mouth should help it make a splash at the arthouse.

In the film, Swinton plays Marianne Lane, a David Bowiesque rock star recovering from vocal-cord surgery. Along with her lover Paul (Matthias Schoenaerts), a filmmaker who himself is recuperating from a suicide attempt, the couple settle into a villa on the strange yet enchanting volcanic Italian island of Pantelleria, nestled between Sicily and Tunisia. 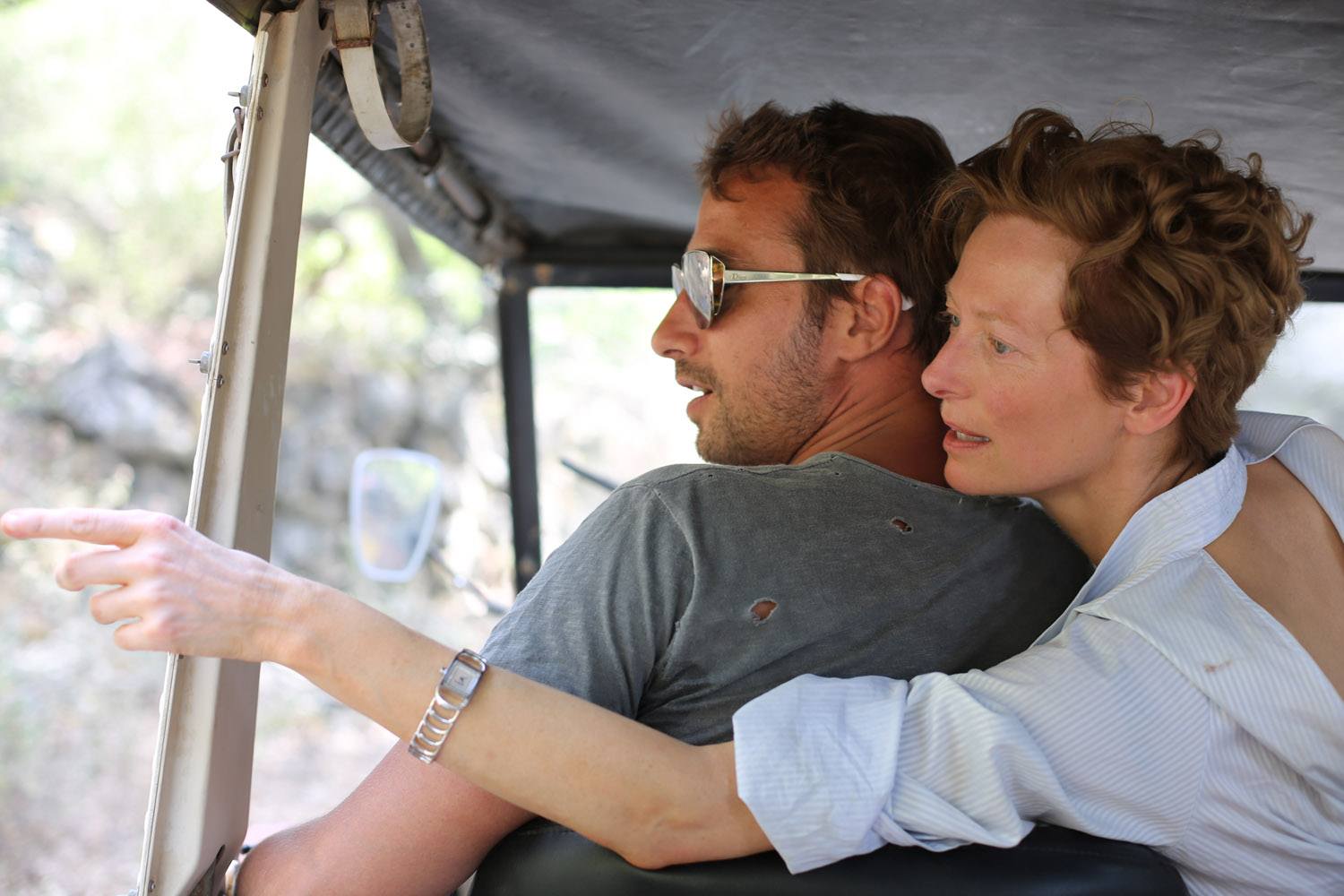 Under strict orders to avoid talking, Marianne and Paul’s plans for a quiet epicurean escape are promptly thwarted by the rocker’s former lover, legendary music producer Harry Hawkes (Ralph Fiennes), and his daughter Penelope (Dakota Johnson) who basically crash their vacation. A party animal that lives in coke-fueled overdrive, the arrival of Harry and his sexuality-oozing daughter completely obliterates any chances of R&R for the couple.

Despite the unwanted houseguests, initially the time passes smoothly enough, with fabulous feasts, city escapades and riveting tales of Harry’s golden days working with The Rolling Stones. But as the film progresses, the houseguest-from-hell humor gives way to a deeper exploration of the complicated relationships at hand, revealing longstanding resentments, untapped desires and a distinct hint of danger.

It’s always unbearable when a script tries to pass off an underwritten character as “mysterious;” thankfully, screenwriter David Kajganich never resorts to such shortcuts, with the story feeling fully fleshed out from start to finish. Also impressive in Kajganich’s screenplay is the methodical dissemination of crucial character info, creating a slow-burn effect, and also the way he masks the story’s underlying peril with diverting humor. Also serving as a travelogue to an improbably beautiful and utterly unique location, the story manages to exploit the volcanic island’s rich geological makeup without ever compromising plot in the process. 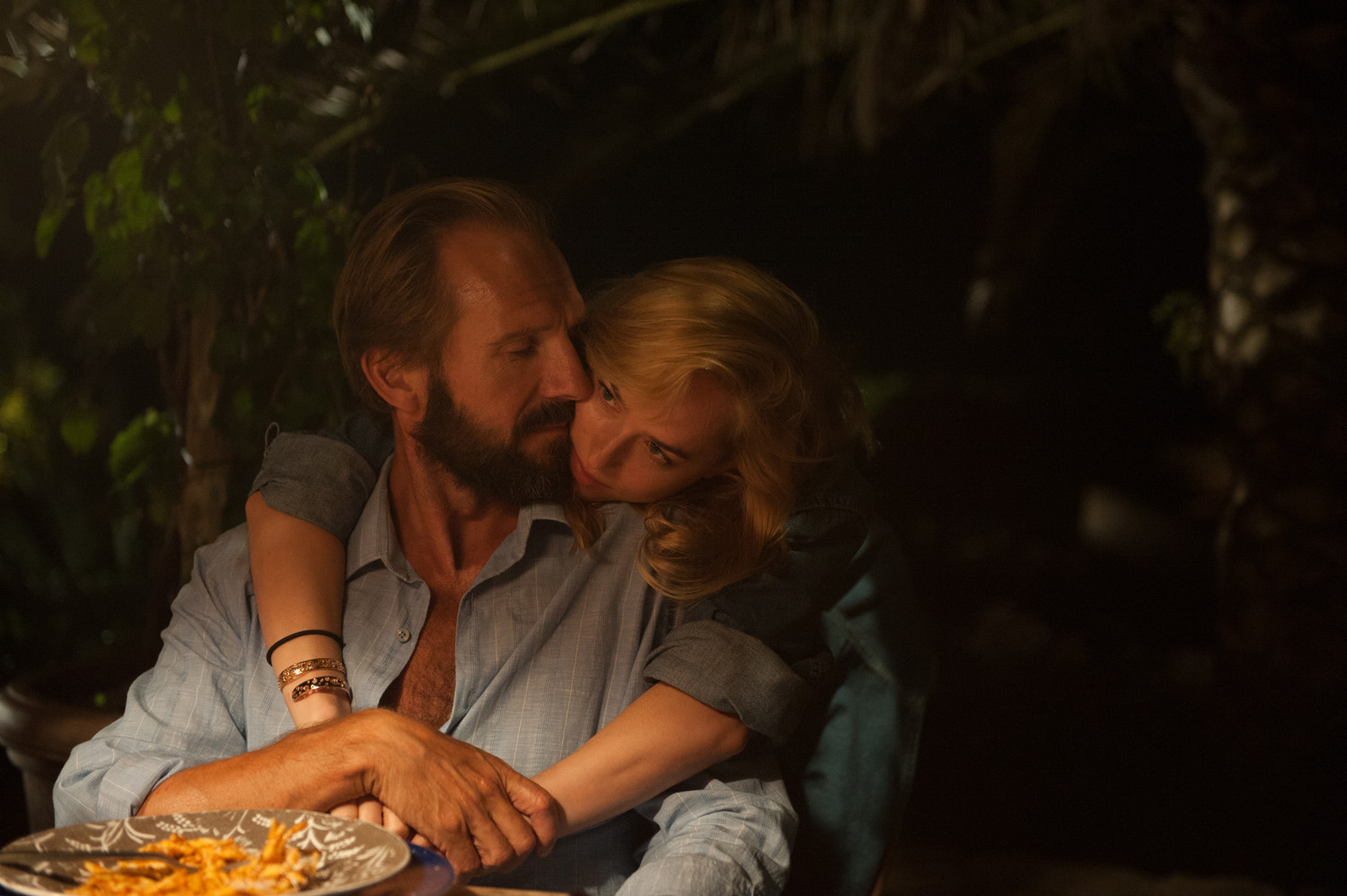 Limited to gestures on account of her character’s vocal condition, the few words spoken by Tilda Swinton in her arresting turn as Marianne pack a serious punch. Although we only catch glimpses of her musical glory during abbreviated flashbacks, Swinton still impresses with her musical performances as well her ability to inhabit the spirit of a rock star. To impart a character’s complex emotional state without the benefit of dialogue takes serious talent, and here Swinton makes it look easy.  And while both Matthias Schoenaerts (“Far From the Madding Crowd”) and Dakota Johnson (“Fifty Shades of Grey”) display a range and attractiveness that justifies their increasing popularity, it’s Ralph Fiennes who absolutely steals the show as wild man Harry Hawkes. As the legendary record producer, Fiennes is completely unhinged, and his unpredictability adds enormously to the film’s building tension.

For the distinctive camerawork, memorable acting and exceptional setting, “A Bigger Splash” may leave you cold but is still worth taking the plunge.