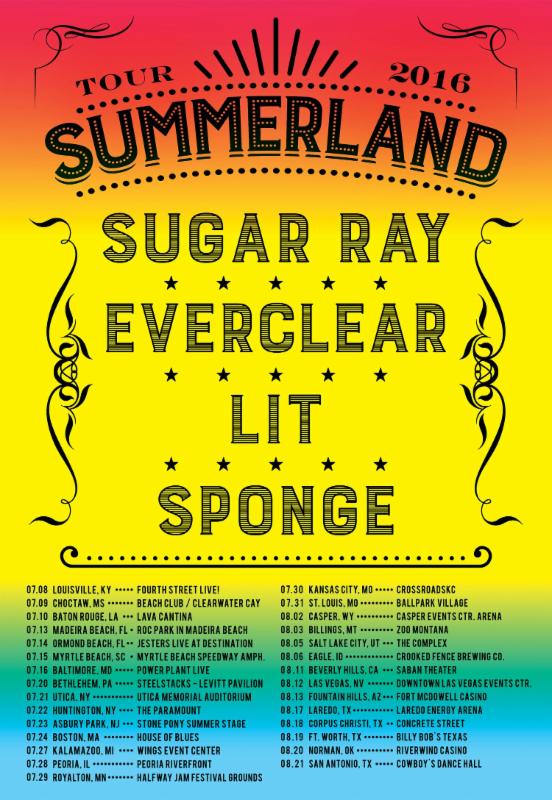 The 5th annual Summerland Tour has announced that Sugar Ray, Everclear, Lit and Sponge will perform at each date of this year's acclaimed '90s alternative music tour.

The Summerland Tour, previously heralded by Rolling Stone as one of the "10 Hottest Summer Package Tours", kicks off on July 8th in Louisville, KY, and will include more than 25 dates throughout the US before wrapping on August 21st in San Antonio, TX.

With tremendous excitement towards this year's Summerland Tour, Alexakis said, "This is the kind of line up I've dreamed of when I started the Summerland Tour. We kicked it off with Sugar Ray for the first year, so it feels great to have band join us for the 5th Anniversary. We love Lit & Sponge and cannot wait to share the stage with them. This lineup is stacked and this summer is going to be an adventure."

Lifestyle
The Best Beaches To Visit According To TripAdvisor