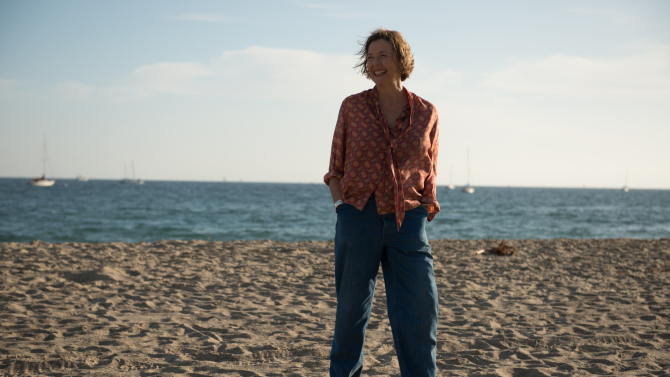 The American Film Institute (AFI) announced that AFI FEST 2016 presented by Audi will honor actress Annette Bening with a Tribute and Centerpiece Gala screening at the festival.

The Tribute will celebrate her extraordinary career and will include a conversation with the actress followed by A24 and Annapurna Pictures' 20TH CENTURY WOMEN (DIR Mike Mills) on Wednesday, November 16.

"Annette Bening is a modern-day icon of American cinema," said Jacqueline Lyanga, AFI FEST Director. "She brings her characters to life with an emotional intelligence that is luminous and powerful. In 20TH CENTURY WOMEN, she finds one of her richest roles yet, delivering a strong performance that anchors the film's terrific ensemble cast."

Mike Mills' 20TH CENTURY WOMEN, set in Santa Barbara 1979, follows Dorothea Fields (Annette Bening), a determined single mother in her mid-50s who is raising her adolescent son Jamie (Lucas Jade Zumann) at a moment brimming with cultural change and rebellion. When Dorothea enlists the help of two younger women in Jamie's upbringing — free-spirited punk artist Abbie (Greta Gerwig) and savvy, provocative teen neighbor Julie (Elle Fanning) — a makeshift family forms that will mystify and inspire them for the rest of their lives.

The Opening Night Gala will be the World Premiere of RULES DON'T APPLY (DIR Warren Beatty) on Thursday, November 10. Isabelle Huppert will be honored with a Tribute on Sunday, November 13, followed by a Centerpiece Gala screening of ELLE (DIR Paul Verhoeven).

In celebration of the 30th edition of the festival, a trio of diverse female trailblazers are featured in both the festival's 2016 key art and programming lineup. AFI FEST will spotlight Dorothy Dandridge, the first African American nominated for a Best Actress Academy Award®; Ida Lupino, a pioneering director, writer, producer and actress who became the first woman to direct a film noir; and Anna May Wong, the first Chinese-American actress to rise to international prominence.