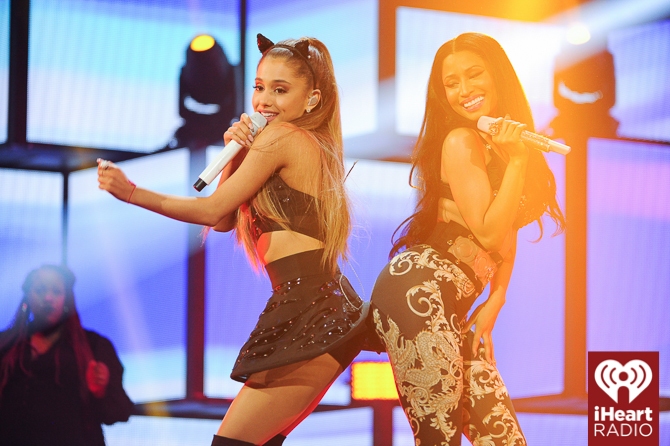 For the past four years, the iHeartRadio Music Festival has successfully brought all of the major super stars of music together for one weekend. You don't see this many pop, R&B, rap and rock stars together in one room unless it's the GRAMMYS. Well, this weekend from September 18th and 19th, iHeart will do it again in Las Vegas.

The iHeartRadio Music Festival will also include performances from this year's Macy's iHeartRadio Rising Star winner, Christina Grimmie, as well as other surprise special guests.

The Daytime Village will return to the Las Vegas Village across from Luxor Hotel and Casino on Saturday, Sept. 19 with performances by Demi Lovato, Hozier, Tove Lo, Trey Songz, Walk The Moon, Nick Jonas, Big Sean, Lee Brice, George Ezra, Tori Kelly, Echosmith, James Bay, The Struts, Zella Day and Shawn Mendes. The Daytime Village will also feature fan zones and interactive experiences by iHeartRadio's brand partners. Tickets for the Daytime Village are also on sale and can be purchased via iHeartRadio.com/village.

Television
It's A Deal! The CW Strikes Agreement With iHeartMedia