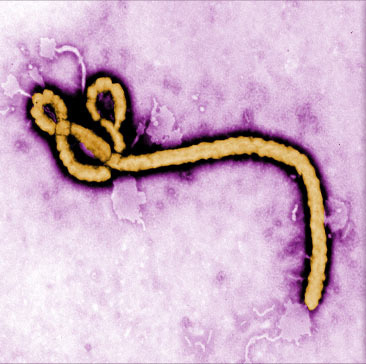 The Centers for Disease Control and Prevention (CDC) confirmed today, through laboratory tests, the first case of Ebola to be diagnosed in the United States in a person who had traveled to Dallas, Texas from Liberia. The patient did not have symptoms when leaving West Africa, but developed symptoms approximately four days after arriving in the U.S. on Sept. 20.

The person fell ill on Sept. 24 and sought medical care at Texas Health Presbyterian Hospital of Dallas on Sept. 26. After developing symptoms consistent with Ebola, he was admitted to hospital on Sept. 28. Based on the person’s travel history and symptoms, CDC recommended testing for Ebola. The medical facility isolated the patient and sent specimens for testing at CDC and at a Texas lab participating in the CDC’s Laboratory Response Network. CDC and the Texas Health Department reported the laboratory test results to the medical center to inform the patient. Local public health officials have begun identifying close contacts of the person for further daily monitoring for 21 days after exposure. A CDC team was dispatched to Dallas this morning.

“Ebola can be scary. But there’s all the difference in the world between the U.S. and parts of Africa where Ebola is spreading. The United States has a strong health care system and public health professionals who will make sure this case does not threaten our communities,” said CDC Director, Dr. Tom Frieden, M.D., M.P.H. “While it is not impossible that there could be additional cases associated with this patient in the coming weeks, I have no doubt that we will contain this.”

The ill person did not exhibit symptoms of Ebola during the flights from West Africa and CDC does not recommend that people on the same commercial airline flights undergo monitoring, as Ebola is only contagious if the person is experiencing active symptoms. The person reported developing symptoms several days after the return flight. Anyone concerned about possible exposure may call CDC-Info at 800-CDC-INFO for more information.

Giving Back
Skid Row Receives Aid From 'Housing For Health'