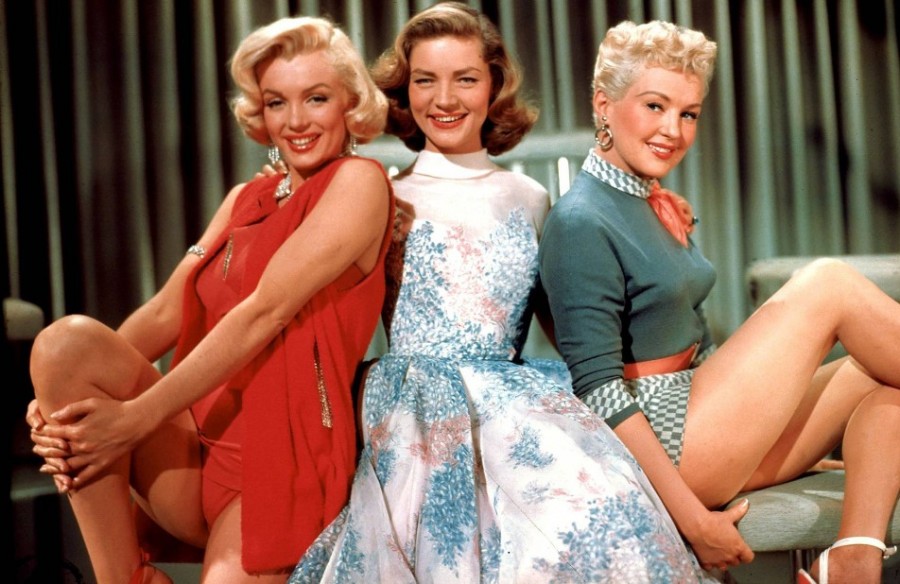 Photo: How To Marry A Millionaire

Turner Classic Movies will celebrate the life and career of legendary actress Lauren Bacall with a 24-hour marathon of memorable performances, including all four films in which she co-starred with husband Humphrey Bogart. TCM's tribute to Bacall, who passed away Tuesday at the age of 89, will air Monday, Sept. 15, beginning at 8 p.m. (ET), and will conclude Tuesday, Sept. 16, her 90th birthday.

Turner Classic Movies will open its remembrance of Bacall's extraordinary life and career with the TCM original Private Screenings: Lauren Bacall (2005), a fascinating, in-depth conversation with the star hosted by Robert Osborne. It will be followed by Bacall's film debut, the Howard Hawks classic To Have and Have Not (1944), which also introduced her to the man who would become her husband, Humphrey Bogart. Their subsequent films – The Big Sleep (1946), Dark Passage (1947) and Key Largo (1948) – are also included in the marathon.

TCM's tribute to Bacall includes Young Man with a Horn (1950), with Kirk Douglas and Doris Day, in which she delivers a powerful dramatic performance frequently cited as her best. Bacall demonstrates her comic abilities in How to Marry a Millionaire (1953), starring Betty Grable and Marilyn Monroe; Designing Woman (1957), with Gregory Peck; and Sex and the Single Girl (1964), starring Tony Curtis, Natalie Wood and Henry Fonda. Rounding out the marathon, Bacall stars opposite Gary Cooper in Bright Leaf (1950), John Wayne in Blood Alley (1955) and Paul Newman in Harper (1966).

The following is the complete schedule for TCM's tribute to Lauren Bacall.