Going To Comic-Con? Get The Official App 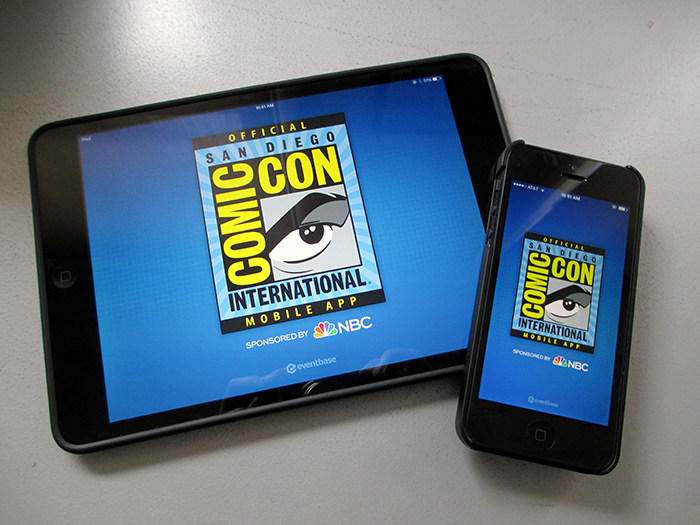 In an exciting partnership, Comic-Con has teamed with NBC Entertainment on the brand new, Official Comic-Con App.

This entirely redesigned app will enhance the user's experience with new features such as an interactive exhibit hall map, live updated schedules where events can be added directly to your calendar, discovery tools, and the ability to share socially and post comments. And, it works regardless of having an Internet connection. The Official Comic-Con App is available now on the App Store for iPhone, iPad and iPod touch and on Google Play for Android devices.

"We have been partners of Comic-Con for many years and are excited to now launch the all new Comic-Con App together," said Len Fogge, President, Marketing and Digital, NBC Entertainment. "The app is the perfect way to reach a very importance audience, and we hope attendees will find the new features helpful as they plan and attend Comic-Con."

David Glanzer, Director of Marketing and Public Relations for Comic-Con International said, "We are thrilled that NBC is sponsoring the new app and is helping us to provide a significant enhancement for our attendees."

Comic-Con International is the premier comic book and popular arts convention in the world, and NBC has long been a supporter of Comic-Con. This year NBC will present "The Blacklist," "Constantine," "Hannibal" and "Grimm" and has an interactive display at Gaslamp Square at Fifth Avenue and Harbor Drive.

The OFFICIAL Comic-Con App is available for free from the App Store on iPhone and iPod touch or at www.AppStore.com/Comic-Con or on Google Play for Android or at https://play.google.com/store/apps/details?id=com.elementalbits.comiccon&hl=en

Electronics
Yet Another iPhone Upgrade: Is Bigger Better?

Sports
US vs. Portugal Ends In Tie: Ronaldo Spoils An Otherwise Impressive Effort

Electronics
Transform Yourself With "The Strain" App