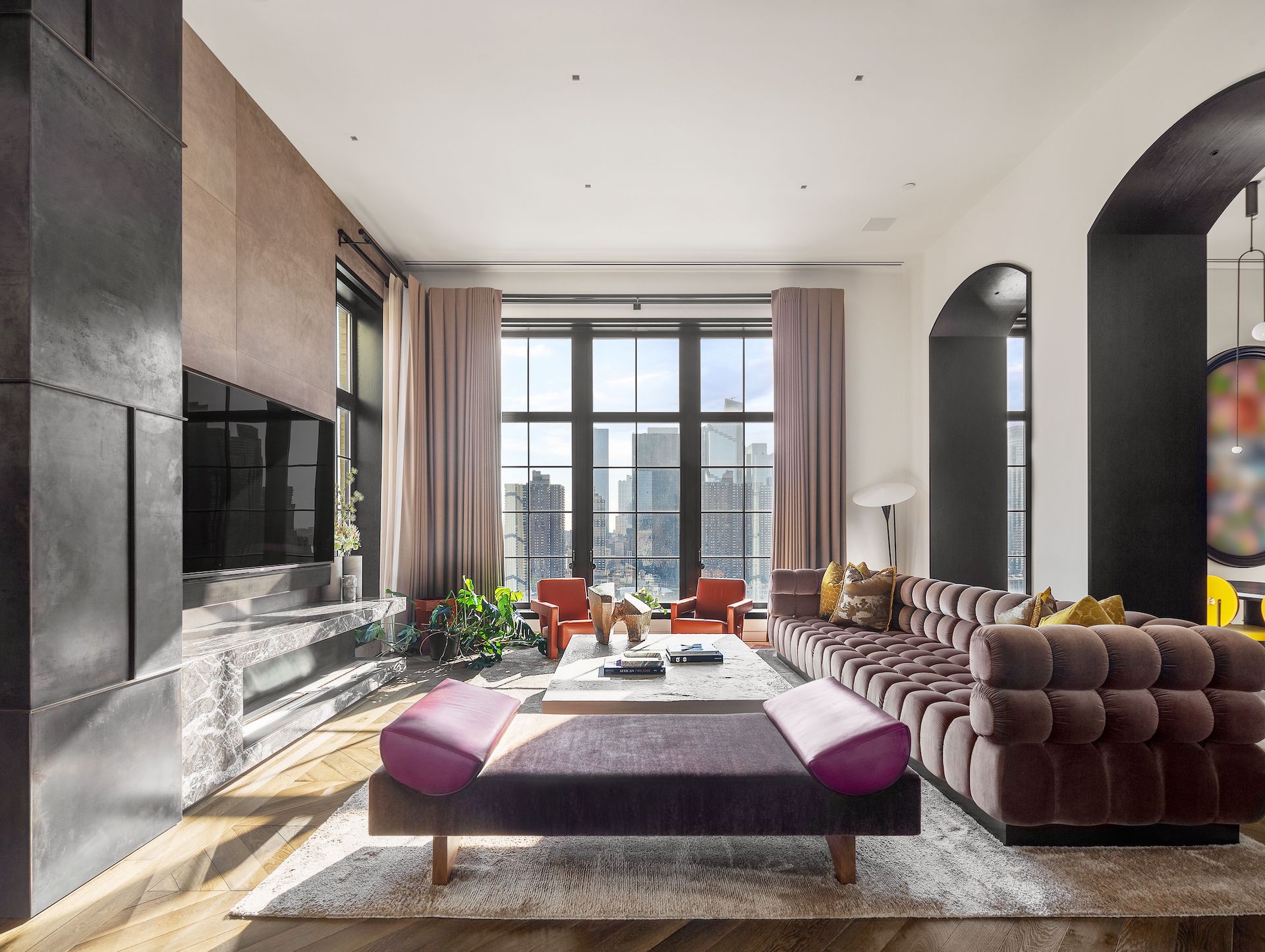 With unobstructed views of the city and the Hudson River in the New York Hell’s Kitchen neighborhood, the three-bedroom, 3,600-square-foot duplex apartment has been carefully updated since Trevor bought it in 2017, while retaining the historic ambiance of the Art Deco-era New York Telephone Building. Originally designed in the 1920s by Ralph Thomas Walker, who was recognized in 1957 by The New York Times as the “Architect of the Century,” the building was converted to apartments in 2014 by CetraRuddy and design work by Jarvis Studio and renamed Stella Tower (named after Mr. Walker’s late wife). The building has one of the city’s most breathtaking lobbies and is located near many of the city’s most important addresses, including Central Park, the Lincoln Center and Hudson Yards. 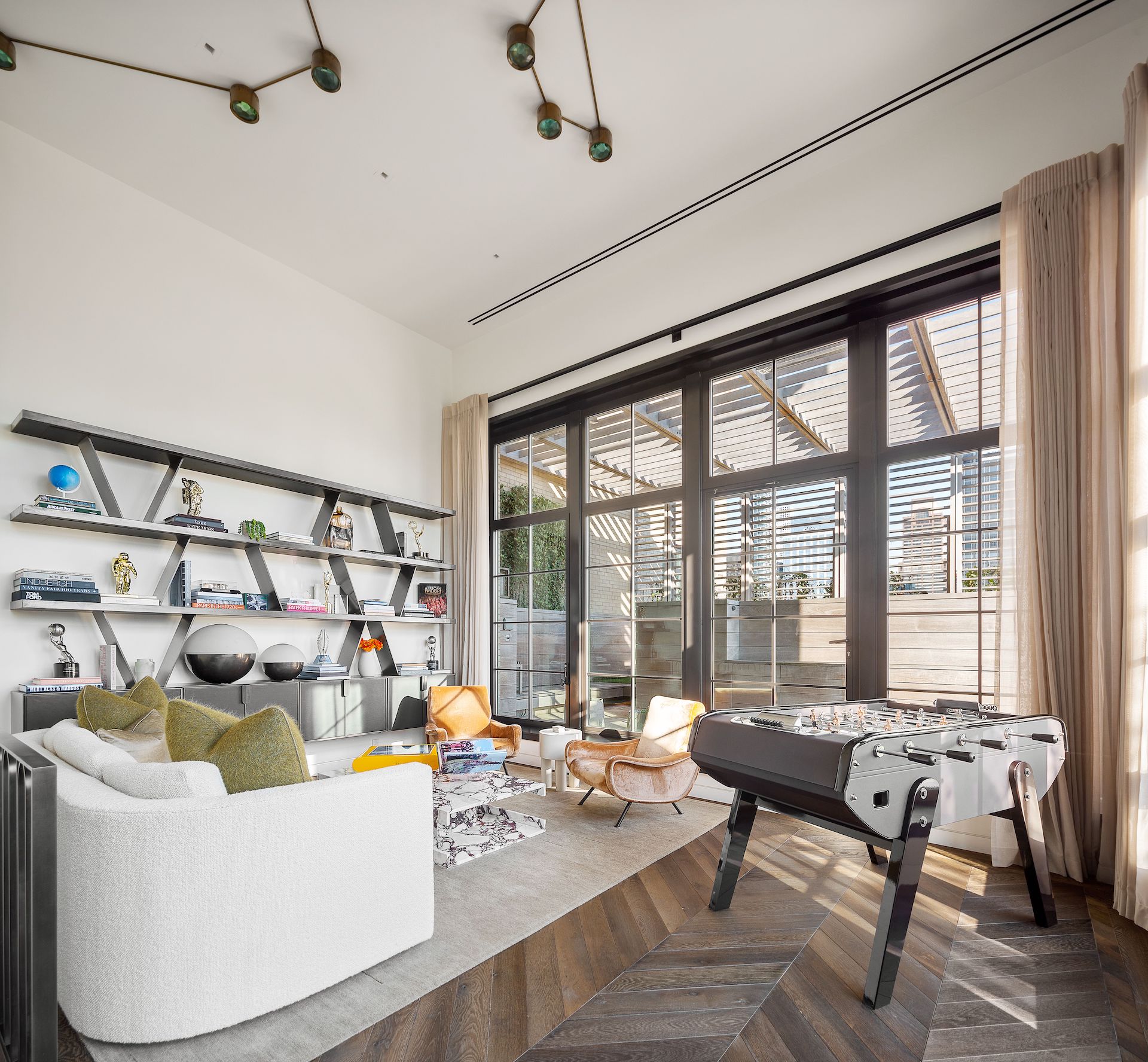 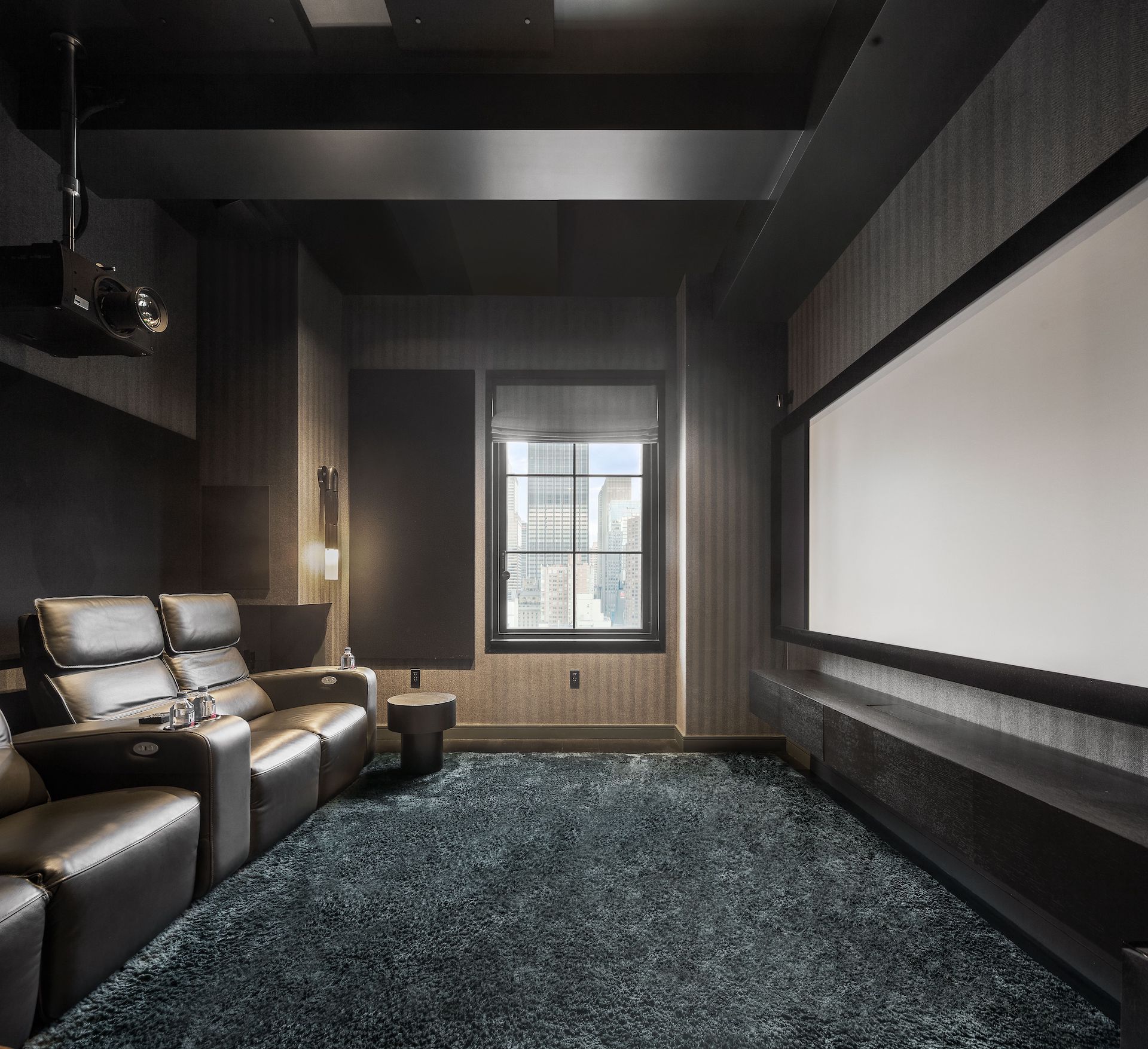 The apartment walls have been perfectly finished with various textures and accents, including hand-rubbed Cortina leather in the primary bedroom, a black Fior di Bosco marble powder room with hand-applied Callidus Guild plaster walls, and wool Holland & Sherry upholstered walls in the theater room. The kitchen is elegant and functional with top-of-the-line appliances, polished marble slab countertops, an entire wall setup as the tasteful bar area, and an adjoining pantry. The French-oak flooring flows majestically throughout the space providing a perfect canvas for the entire penthouse. 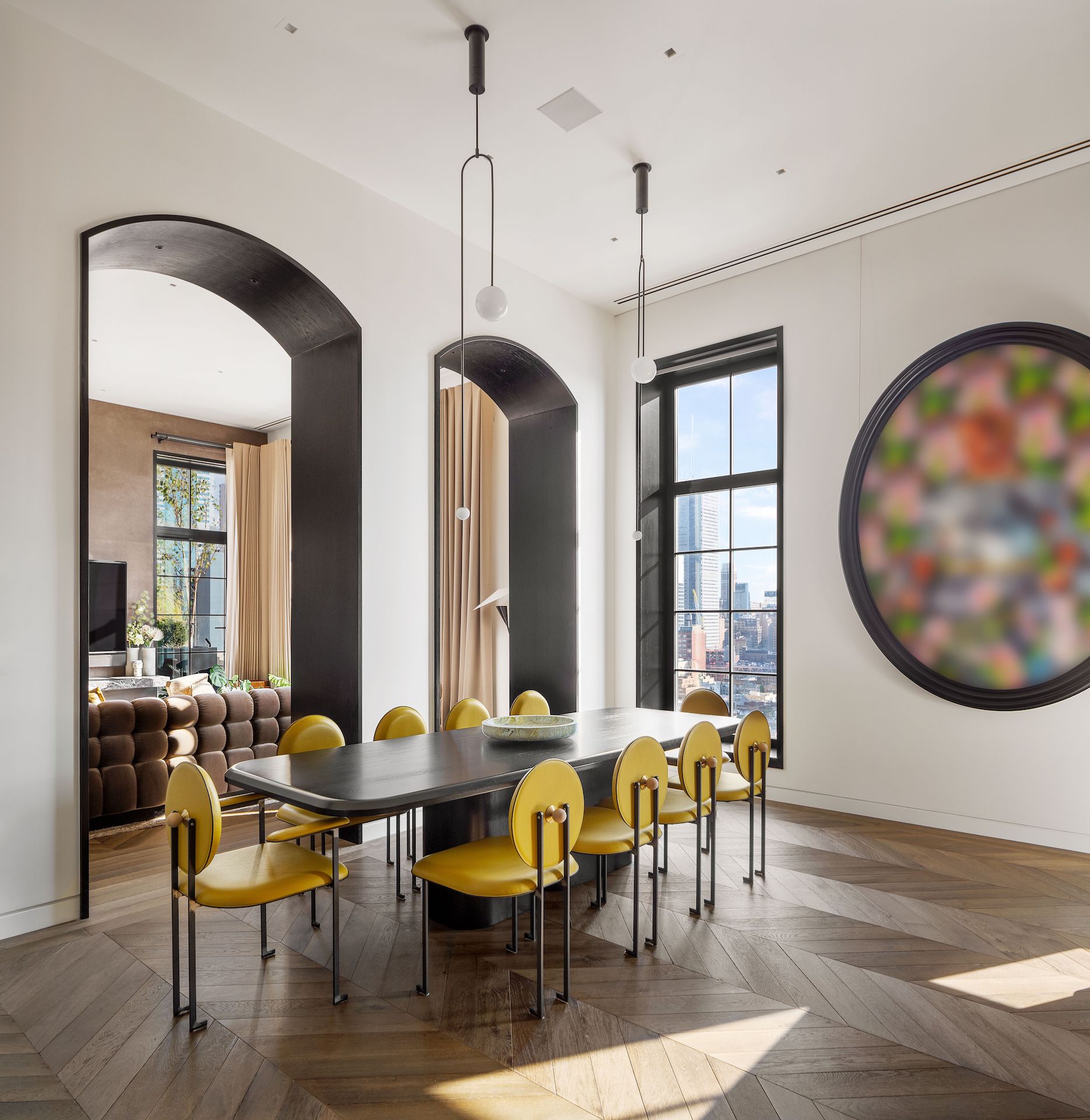 Born and raised in South Africa, the 38-year-old Trevor’s comedy career has catapulted from roles in local South African talk shows to a writer and host of The Daily Show, where he replaced Jon Stewart in 2015. Since then, Trevor has written The New York Times best-selling autobiography Born a Crime and the host of two Grammy Awards and the 2022 White House Correspondents Dinner. Trevor recently announced that he would be leaving The Daily Show at the end of the year. 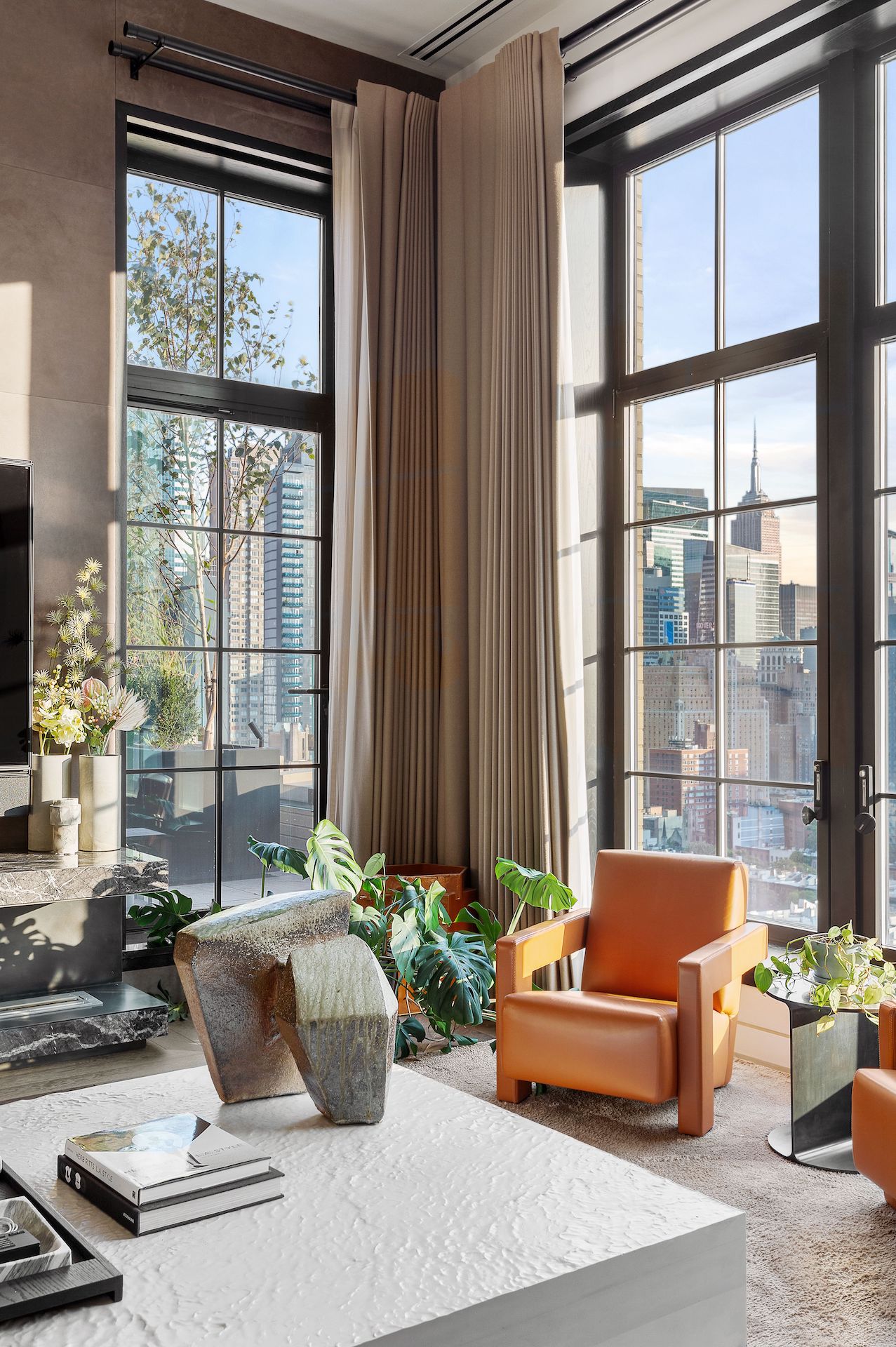 The listing agent is Nick Gavin from Compass.

Top Ten has received permission from agents and owners to share this article and the photos.