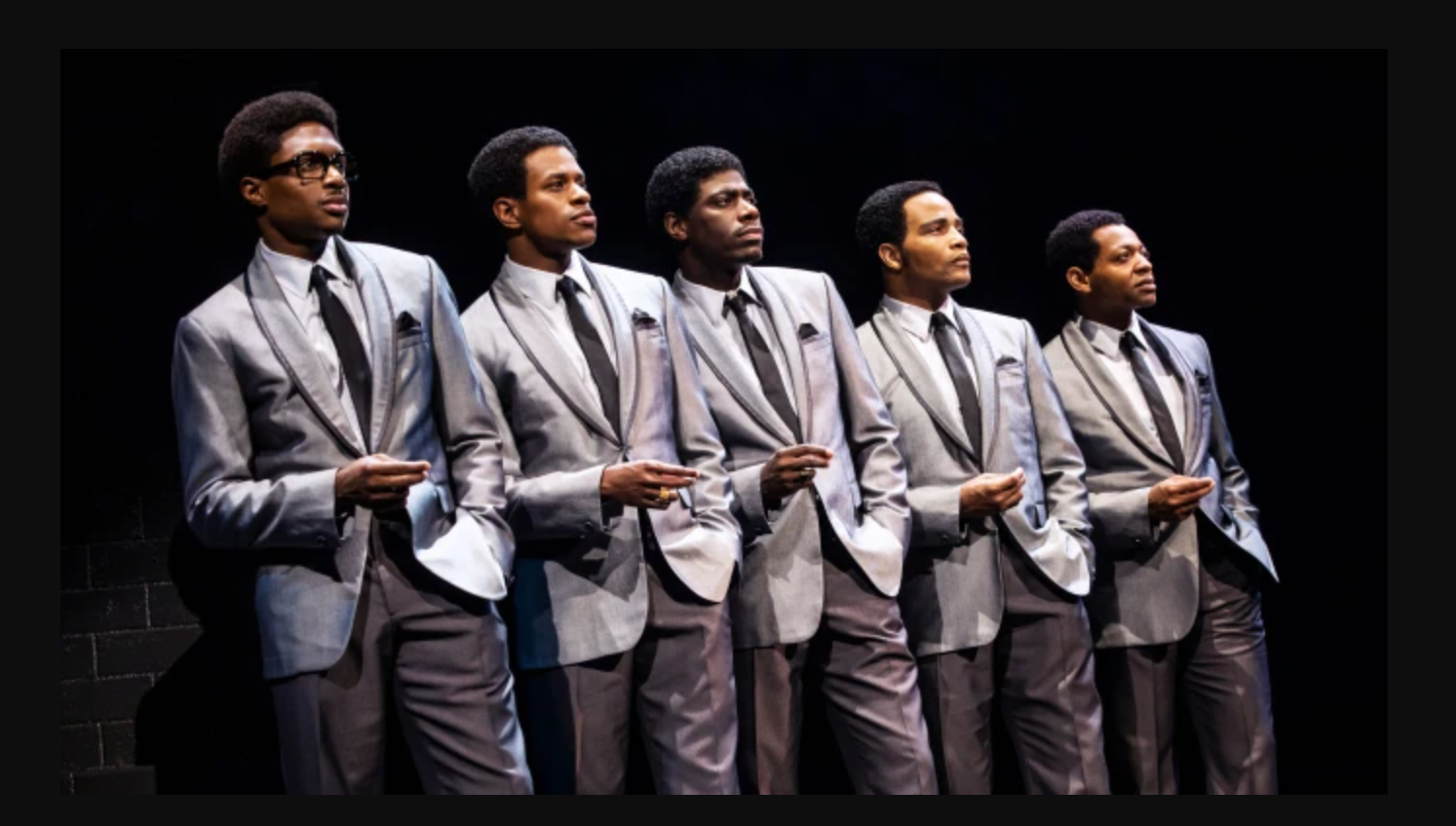 “Ain’t Too Proud – The Life and Times of The Temptations,” one of the most popular and record-breaking shows in Center Theatre Group / Ahmanson Theatre history returns December 13, 2022 through January 1, 2023. Opening is set for December 15. This joyful story of brotherhood, family, loyalty, and betrayal is set to the beat of the group’s treasured hits, including “My Girl,” “Just My Imagination,” “Get Ready,” “Papa Was a Rolling Stone,” and so many more. Center Theatre Group welcomes this musical celebration back to the Ahmanson Theatre for the holiday season.

Featuring the Grammy® winning songs and Tony® winning moves, “Ain’t Too Proud” is the electrifying new musical that follows The Temptations’ extraordinary journey from the streets of Detroit to the Rock & Roll Hall of Fame. With their signature dance moves and unmistakable harmonies, they rose to the top of the charts creating an amazing 42 Top Ten Hits with 14 reaching number one and being voted the greatest R&B group of all time by Billboard Magazine in 2017. The rest is history — how they met, the groundbreaking heights they hit, and how personal and political conflicts threatened to tear the group apart as the United States fell into civil unrest.

“When we had ‘Ain’t Too Proud’ here back in 2018 for its pre-Broadway run, it was received with raucous standing ovations and broke our sales records at the time,” said Center Theatre Group Associate Artistic Director Tyrone Davis. “CTG has always loved the opportunity to present exciting new work before it goes to Broadway, and we just as equally cherish welcoming back beloved shows after their success on the Broadway stage. We see this national tour as a welcoming home. It’s the perfect show to have at the end of the year and during the holidays because it’s a true celebration of life, and those iconic tunes are sure to have you dancing inside and out of the theatre.”

After breaking house records at Berkeley Rep, The Kennedy Center, Center Theatre Group / Ahmanson Theatre, and Toronto’s Princess of Wales Theatre, “Ain’t Too Proud” opened on Broadway in March 2019, where it continued to play sold-out audiences and broke the Imperial Theatre’s box office record. The first national tour launched in December 2021 at the Kennedy Center in Washington D.C. Written by Kennedy Prize-winning playwright Dominique Morisseau, directed by two-time Tony Award winner Des McAnuff, and featuring the Tony Award winning choreography of Sergio Trujillo, this dazzling production now brings the untold story of the legendary quintet to audiences across the country.

Tickets for “Ain’t Too Proud – The Life and Times of the Temptations” are currently on sale and start at $40. They will be available through CenterTheatreGroup.org, Audience Services at (213) 972-4400 or in person at the Center Theatre Group Box Offices (at the Ahmanson Theatre) at The Music Center, 135 N. Grand Avenue in Downtown L.A. 90012. Performances run Tuesday through Friday at 8 p.m., Saturday at 2 p.m. and 8 p.m., and Sunday at 1 p.m. and 6:30 p.m. See the smash-hit production where it all began.