A Christmas Carol with Charles Dickens is coming to Atwater Village 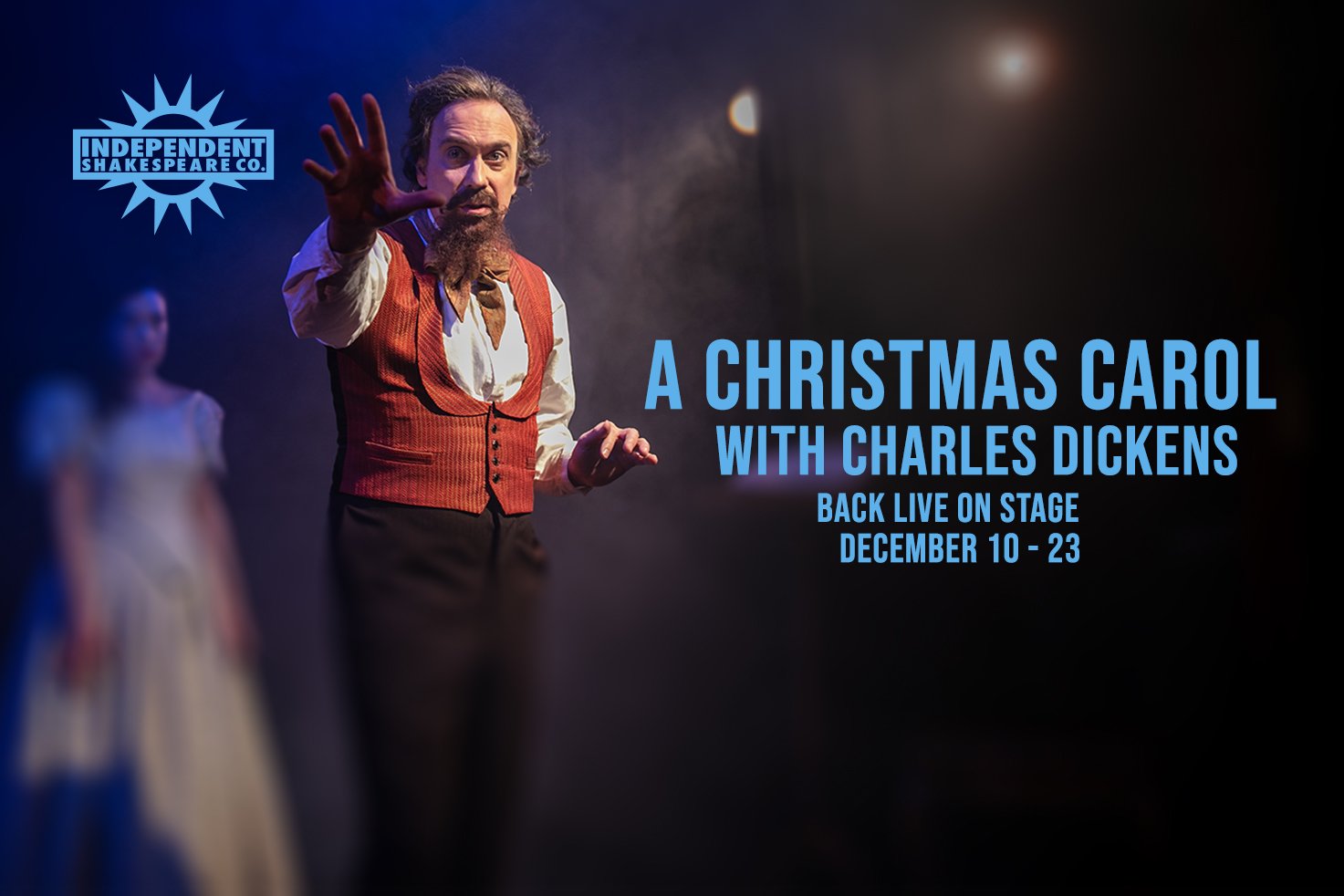 From 1857 until the end of his life, Charles Dickens performed his most popular story to acclaim throughout Britain and America. This December, the ISC Studio transforms to a cozy Victorian drawing room as we welcome Mr. Dickens to the stage for A Christmas Carol with Charles Dickens. David Melville (last summer’s George in The Knight of the Burning Pestle and director of Macbeth at ISC’s Griffith Park Free Shakespeare Festival), gives a virtuoso performance as nearly all the characters in the story. He is joined by Katy Tang who provides dramatic interjections, sound effects and live music. It truly is a Christmas Carol like no other. Front Row Reviewers says, “Despite the numerous characters required to perform, Melville flows with as many as five character switches within one scene. The differentiation is precise, as if Melville met all of his characters. Ebenezer Scrooge is right there, his seething fully realized and lets us feel the transformation into hope at the end of the play with ease. At no point does Melville let up, every scene brims with urgency.”

This is ISC’s 18th anniversary of presenting A Christmas Carol with Charles Dickens.  Says ISC Artistic Director, Melissa Chalsma, “Dickens (who as a boy of eight was sent to work in a factory) wrote A Christmas Carol to urge his fellow citizens to towards a more compassionate society. Our unplugged version of the story sets aside the commercial bells and whistles that so frequently go along with a production of this classic tale, and allows all of us to reflect on the possibility of transformation that Dickens offers. It is a humane story full of generosity, shrewd observations, and wry humor.”

A Christmas Carol with Charles Dickens
Directed by Melissa Chalsma

(between Fletcher Drive and Glendale Blvd.)

Free, ample lot and street parking.
Recommended for ages 8 and up.