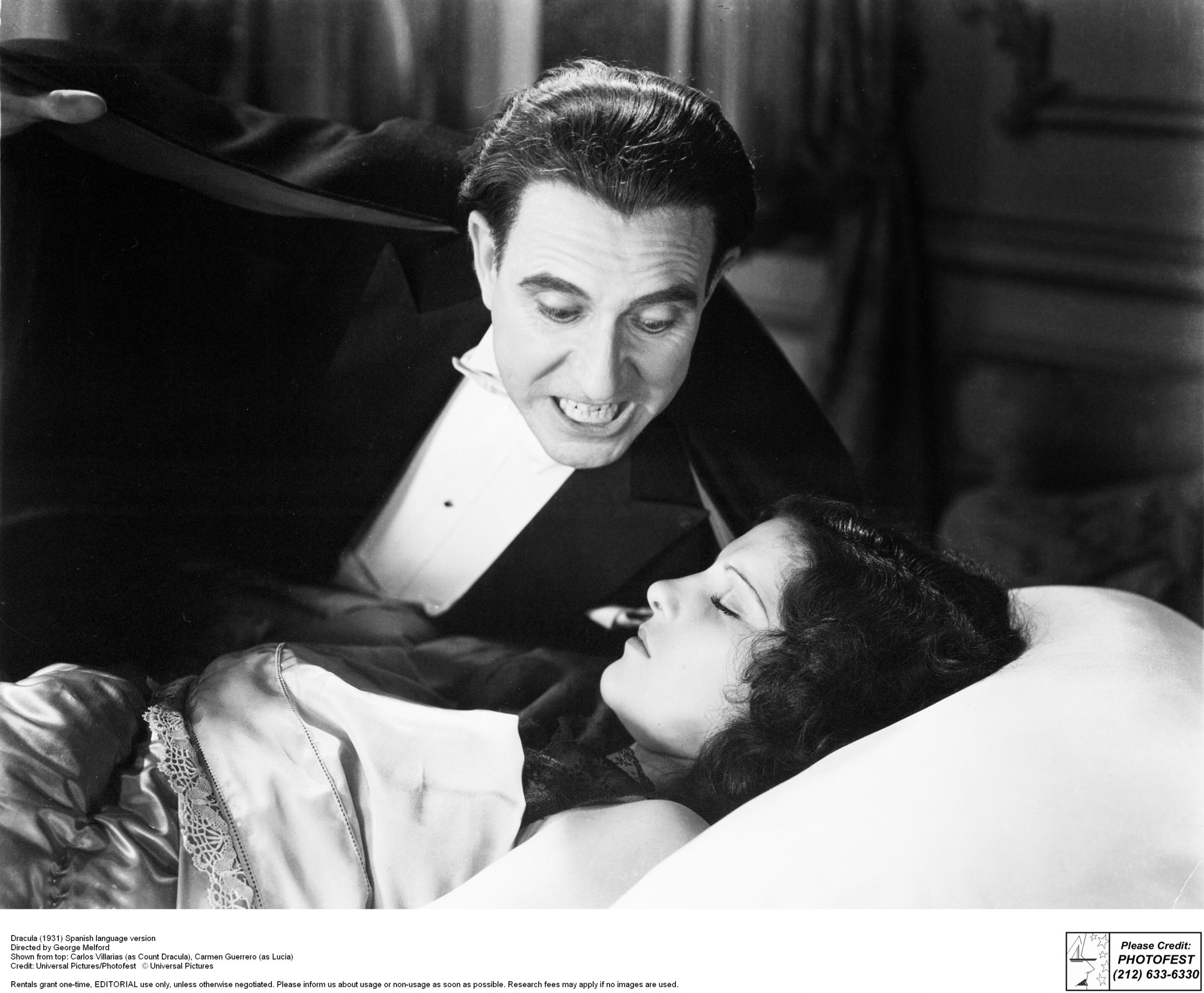 The Latin American Cinemateca of Los Angeles (LACLA) and the UCLA Film & Television Archive proudly co-present the special virtual screening of classic film Drácula, the long-lost film shot on the same set as the Bella Lagossi classic, considered by many critics to be the better of the two films.

During the transition from silent films to sound production, Hollywood studios faced a dilemma: How to export English-language films to lucrative non-English speaking foreign markets. Some studios, such as Universal, chose to make multiple versions of the same film featuring the same story told with different actors speaking their native languages. The most famous example of this approach is the Spanish-language version of Drácula in 1931, not only because it survives intact after being thought lost for decades, but also because it arguably rivals—some would say exceeds—the artistry of its counterpart, the 1931 Bela Lugosi film of the same name.

Drácula en Español starred Carlos Villarías as the caped vampire out for blood and Lupita Tovar as Eva, the object of Drácula‘s infernal desire.

The late Tovar reminisced about working the graveyard shift. “We shot all night long till next morning because we used exactly the same sets. As matter of fact, we had the same marks the English cast got; we stepped in the same place. The difference though was that director George Melford and Villarías would watch scenes shot during the day and make small improvements. They were able to set up better camera angles and add more exciting elements.”

Following the same basic plot as the English-language version, Melford brings more creepy webs and more ominous minions to proceedings leading to a longer runtime by about 30 minutes, but even so, he moves the terror along at a quicker pace. More than a historical curio, Drácula stands on its own as an atmospheric horror classic.

While Lupita Tovar (Mexican born Guadalupe Natalia Tovar) had already starred in such films as La Voluntad del Muerto oposite Antonio Moreno, and the Cat Creeps, it was this 1931 Spanish language version of Dracula which brought her even more success as she went on to star in such movies as East of Borneo and the 1932 film Santa, the first film to have synchronized sound and image on the same celluloid strip. In 2006 Santa was shown in a celebratory screening by the Academy of Motion Picture Arts and Sciences called “A Salute to Lupita Tovar” that featured a conversation between Tovar and film historian Bob Dickson. The event was in honor of Tovar. Drácula also brought Tovar love as this is where she met her husband, the film’s producer Paul Kohner.

More than just a Spanish language version of a classic horror film, Drácula, starring Carlos Villarías and Lupita Tovar, is symbolic of the immigrant struggle. It is a tale of cast and crew that had to work tougher hours, with less support, yet with equal expectations as the “day crew” and instead of simply delivering an acceptable product they over deliver and create an historic work of art.

This program is made possible with funds from the Los Angeles County Arts Commission, the UCLA Film & Television Archive and the many contributors of LACLA’s programs.