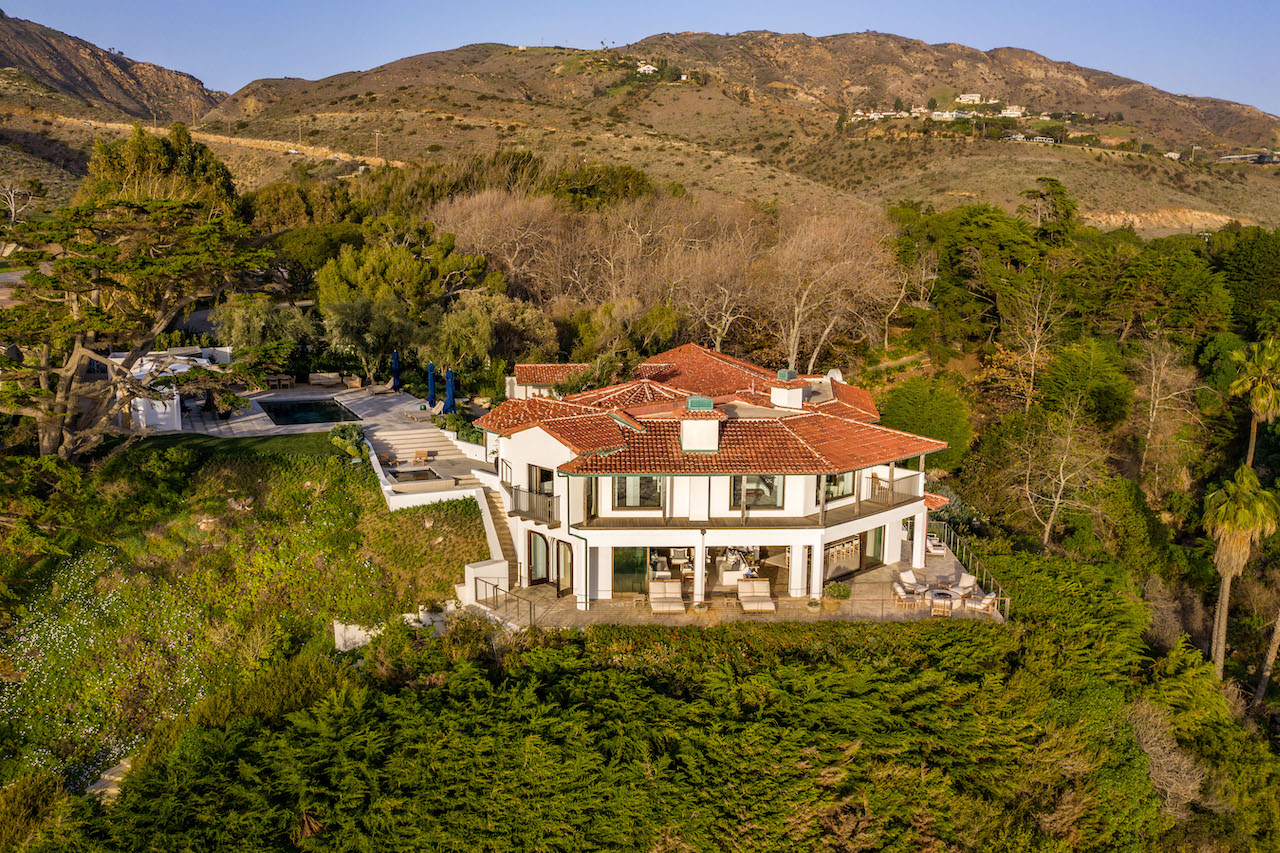 Reality superstar Kim Kardashian has had a busy year. Within the last twelve months, the socialite-cum-business mogul finalized her divorce to rapper Kanye West, got together with actor Pete Davidson and then broke up with him, officially became a billionaire, helped Afghanistan’s women’s soccer team escape the Taliban, and passed California’s “baby bar” law exam. 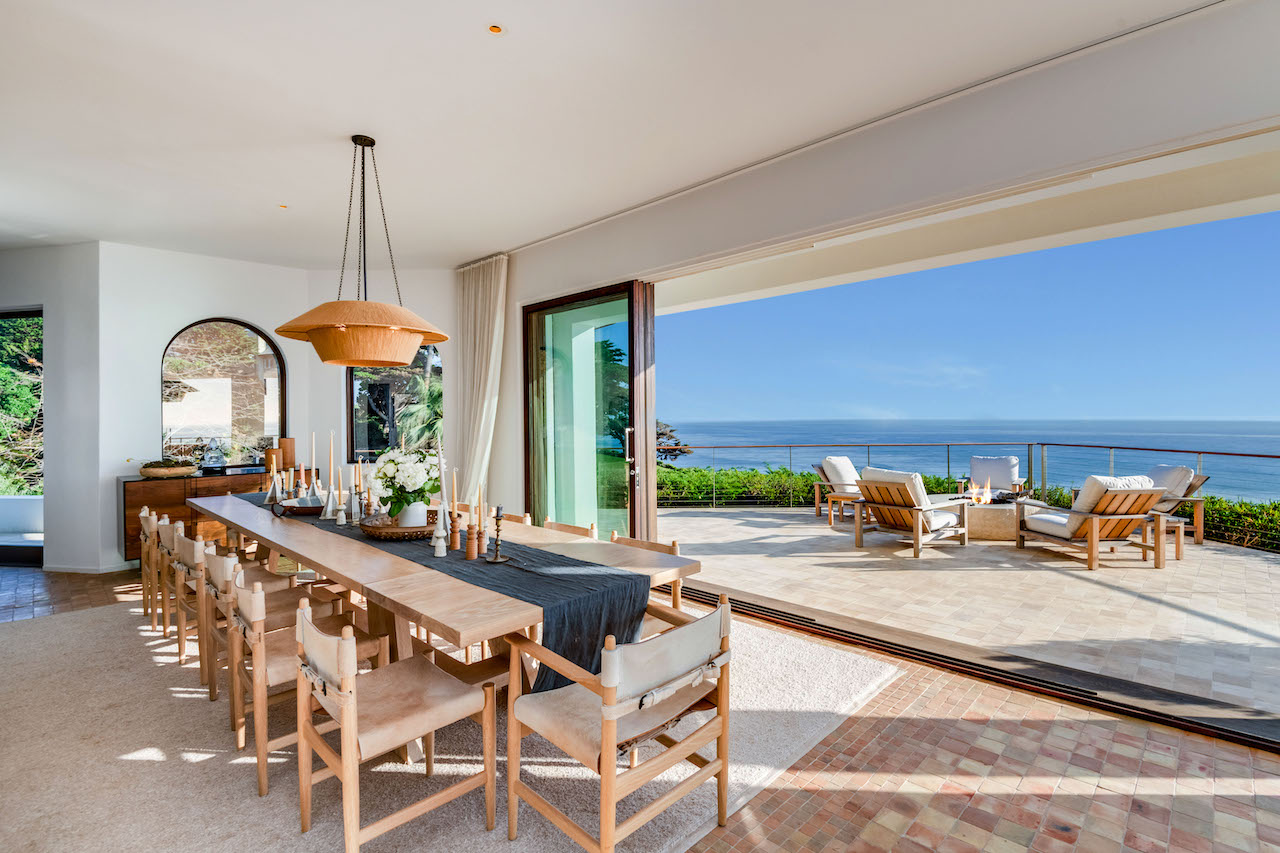 In between running her mega-successful brands KKW Beauty, KKW Fragrance, and Skims and raising four children, Kardashian has also made some big moves in the real estate market.

She has listed a Vincent Van Duysen-designed condo in Calabasas (featured on Keeping up With the Kardashians and formerly an office for her shapewear line, Skims) for sale for $3.5 million. 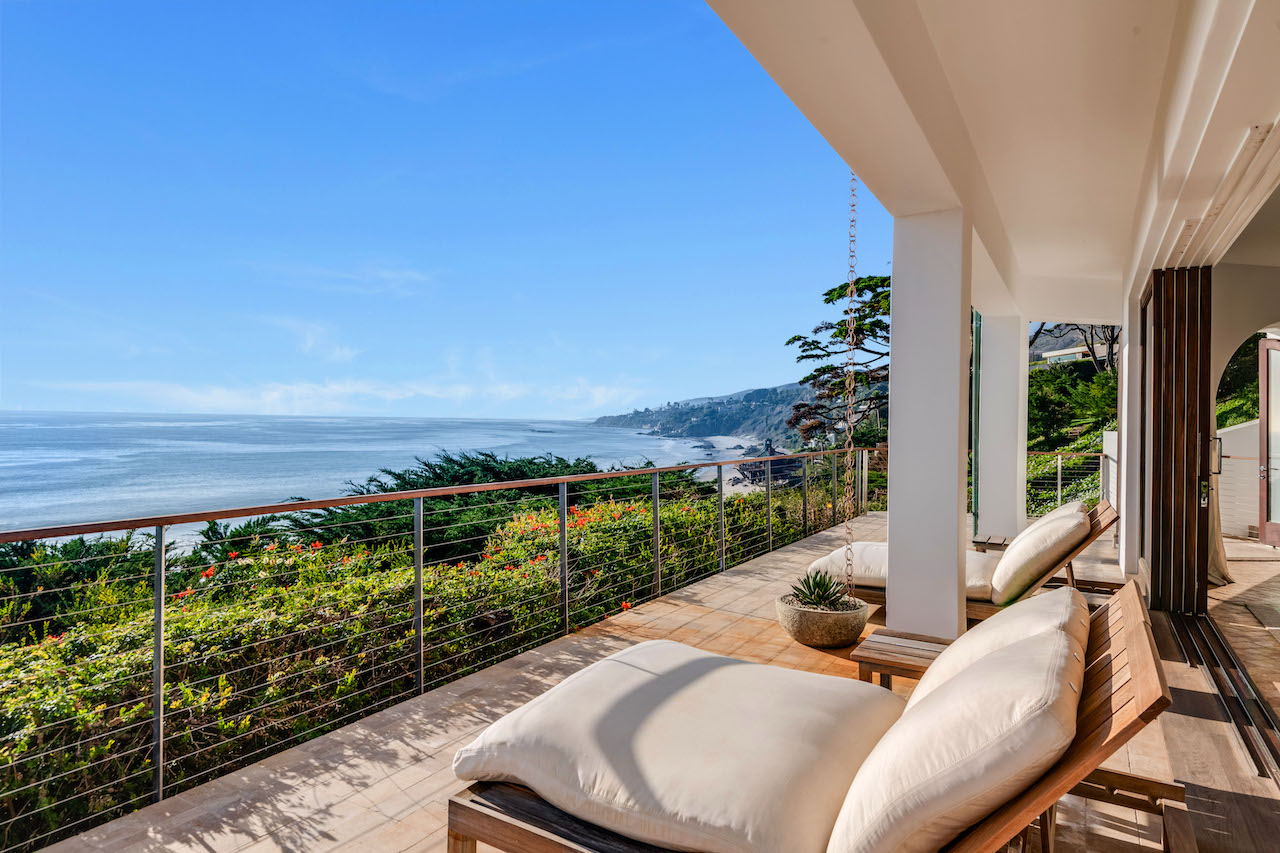 She paid her ex-husband, Kanye, $23 million for his share of the sprawling Calabasas mansion where the couple had lived with their kids since 2014, and picked up an even more spectacular property, with big ocean views, in Malibu’s Encinal Bluffs for a cool $70.4 million.

Previously owned by supermodel Cindy Crawford, who still lives next door, the house was originally listed with Jade Mills of Coldwell Banker for $99 million. Even at $70.4 million, it is the most expensive home sold in Malibu this year, and the fourth priciest in the State of California. A two-story, red-roofed Mediterranean, the residence spans 7,450 square feet with 3.2 acres of luxuriously landscaped grounds. 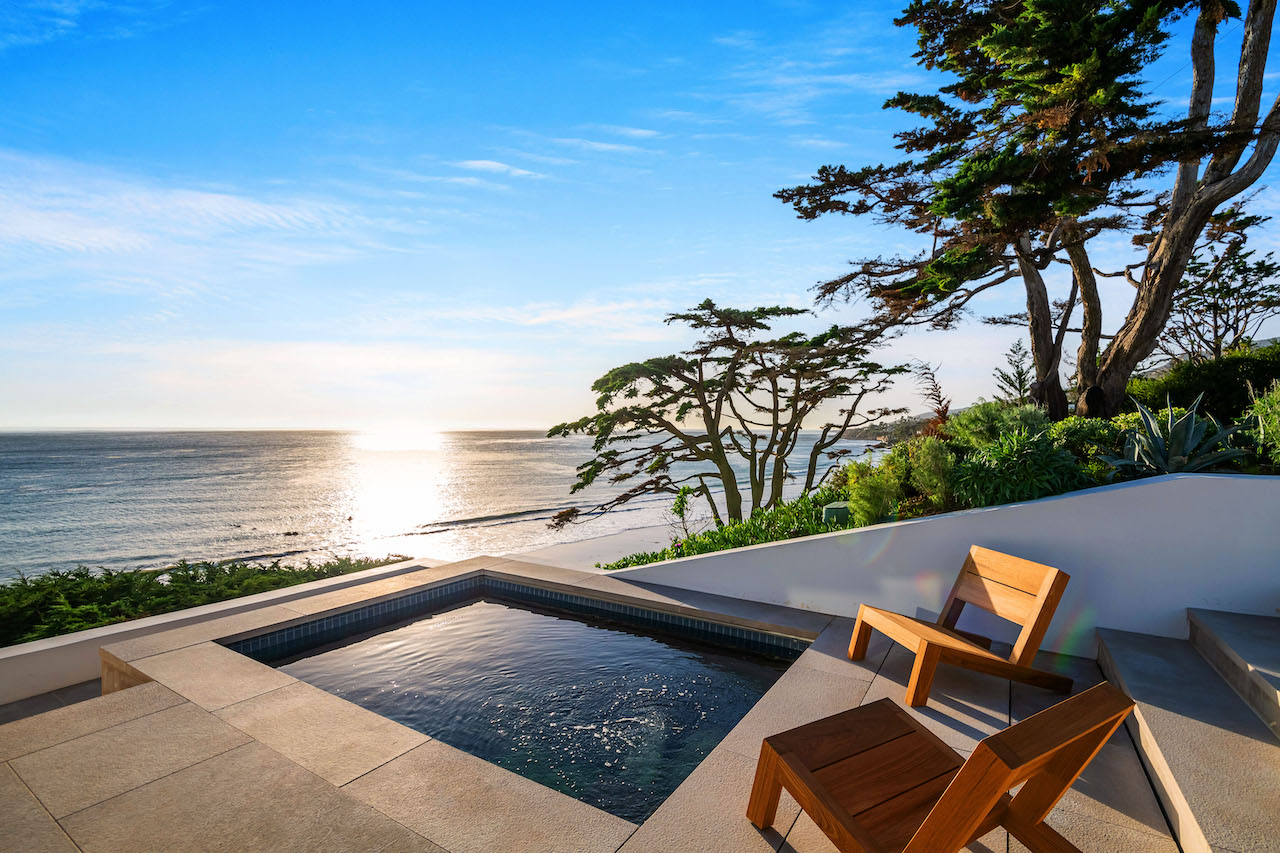 With a chic, airy floor plan, the main floor is complete with a great room combining the living room, den, dining area, and gourmet kitchen. Floor-to-ceiling sliding glass doors showcase sweeping coastline views and open onto the wraparound deck with firepit. The grand master suite includes a fireplace and sitting area, as well as dual spa-like bathrooms and a walk-in closet. 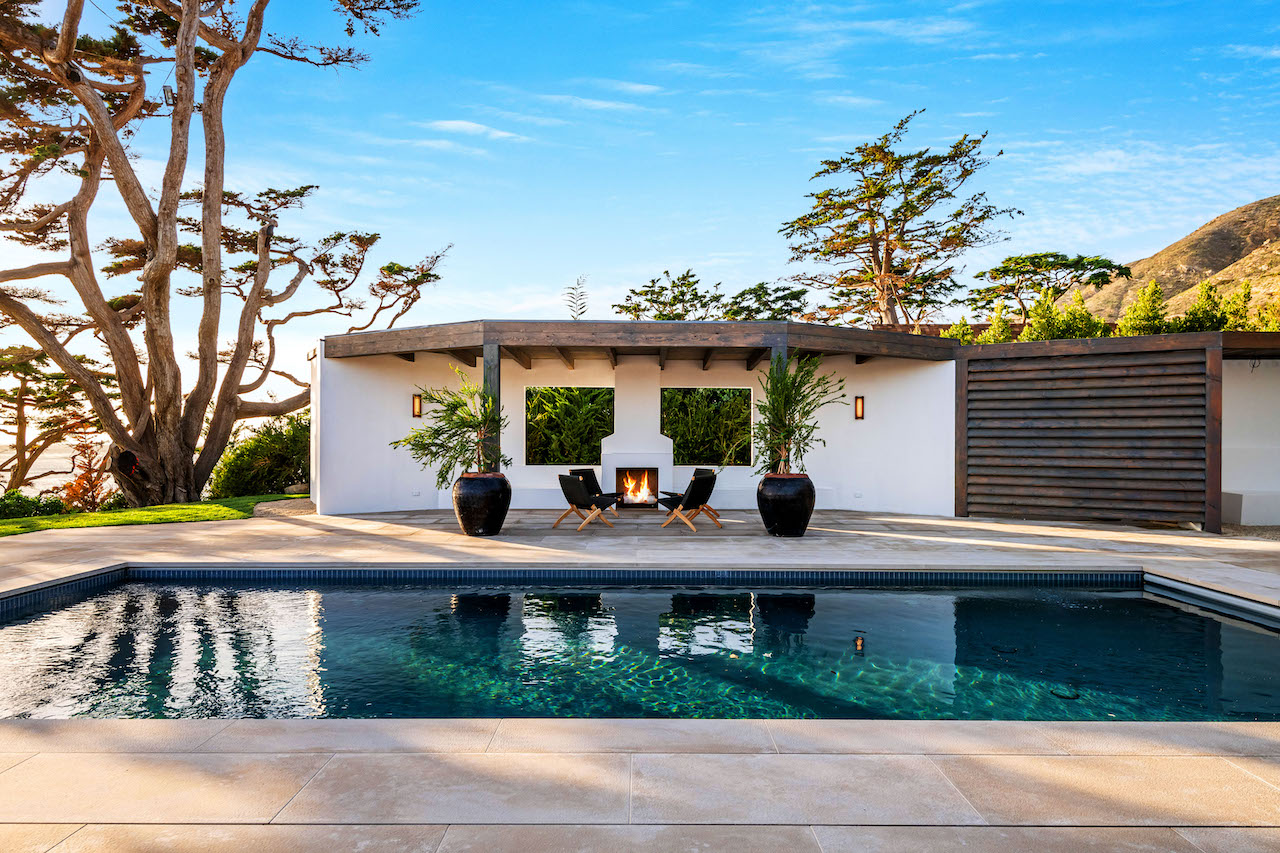 The other bedrooms include their own en-suites, with one having a private entrance, bathroom and kitchen. A gym with vaulted ceilings and a media room complete the villa.

A spectacular pool and spa including a cabana with its own fireplace, tennis courts, and multiple outdoor decks provide options for entertaining and enjoying the stellar sunsets for which Malibu is known. A private path leads down to the white sands of El Sol Beach, accessible only to the handful of surrounding mansions that make up the neighborhood. 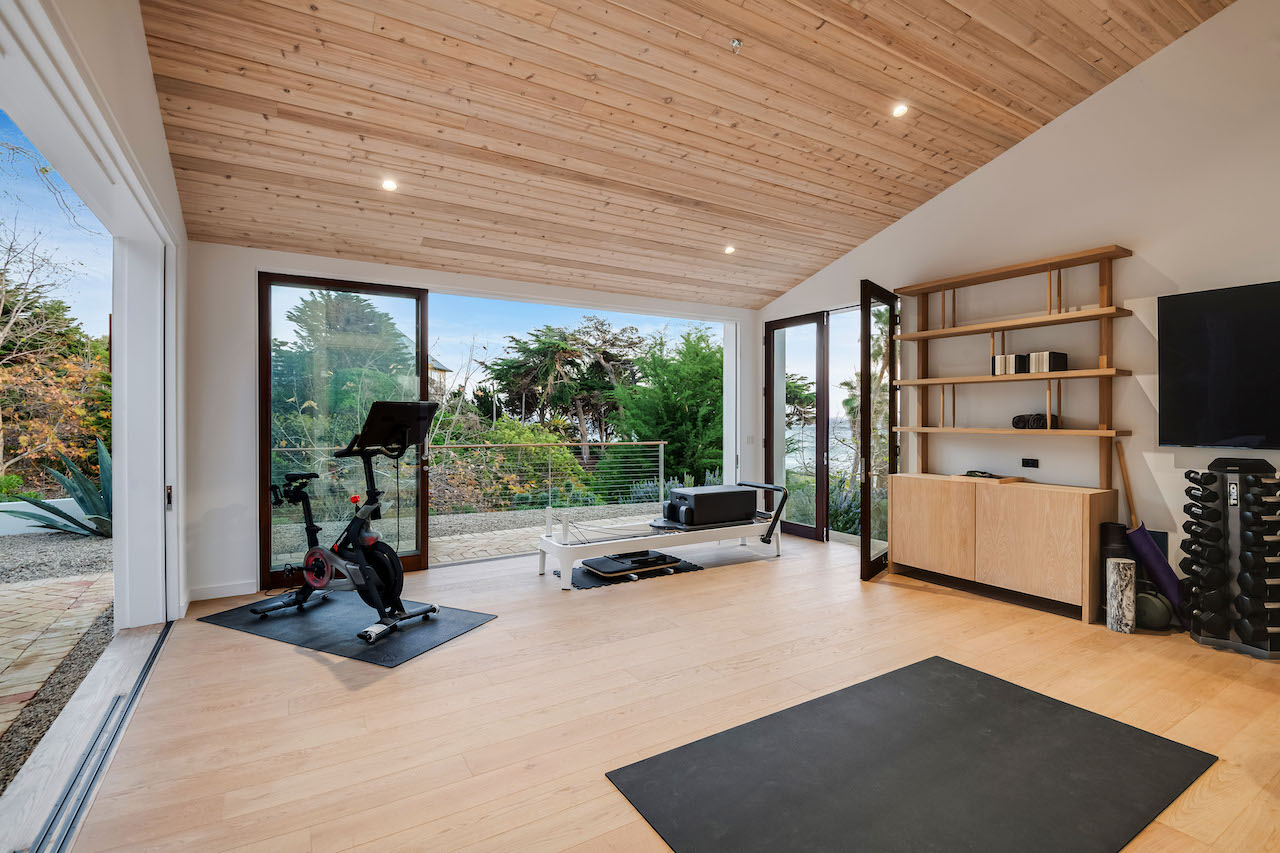 Mature trees, including palms, surround the house for a serene, natural feel. Nearby options for entertainment include the Malibu Riding and Tennis Club and the famous Paradise Cove Beach Cafe, with the boutiques and restaurants at the Malibu Country Mart just a scenic fifteen-minute drive down the coast.

Kim was born in Los Angeles and, although having lived in a variety of homes in her 41 years, has stayed close to LA with homes in Beverly Hills, Beverly Grove, Bel Air, and Hidden Hills. 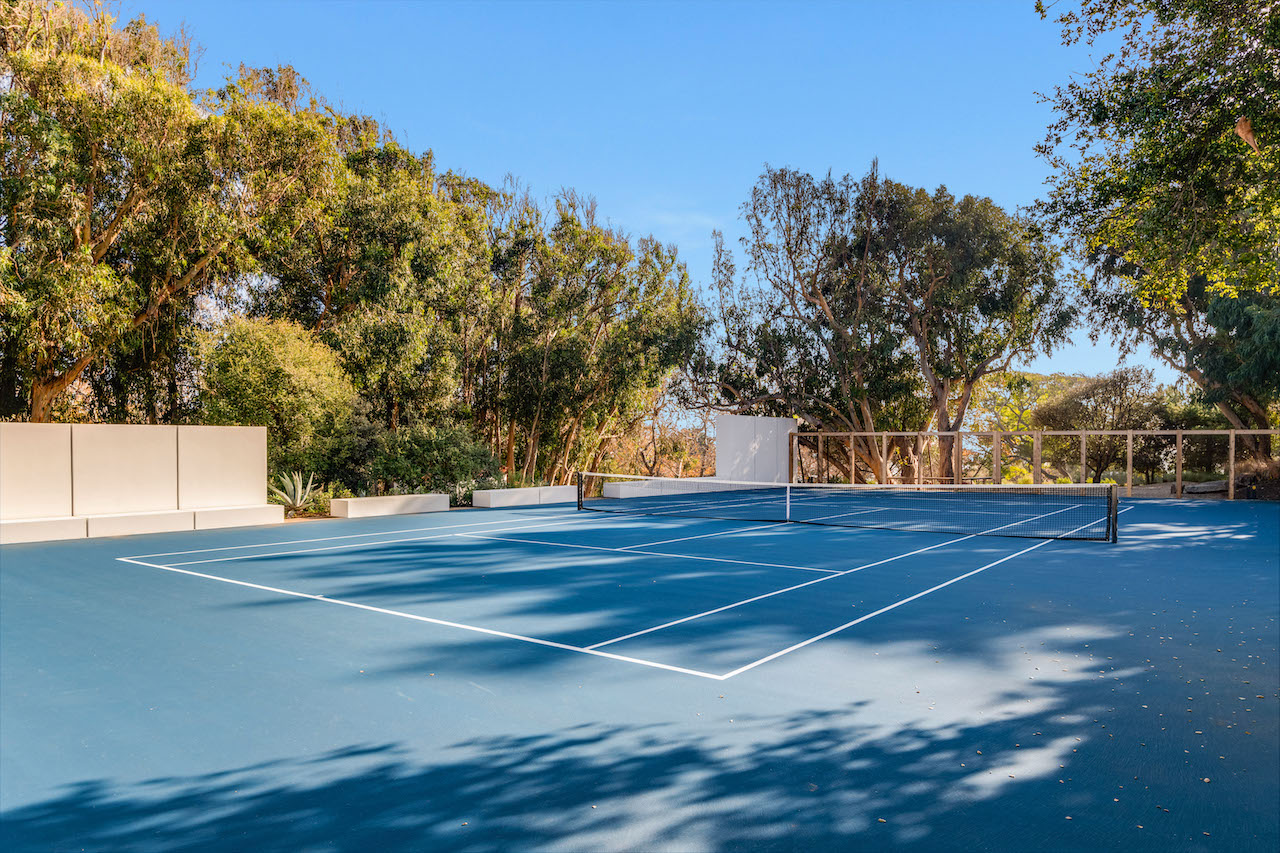 Her new oceanfront home in Malibu will keep her close to the many other celebrities who have homes in the area, including Lady Gaga, Courtney Cox, Leonardo DiCaprio, and Cher. It is about an hour’s drive to Beverly Hills and Bel Air. 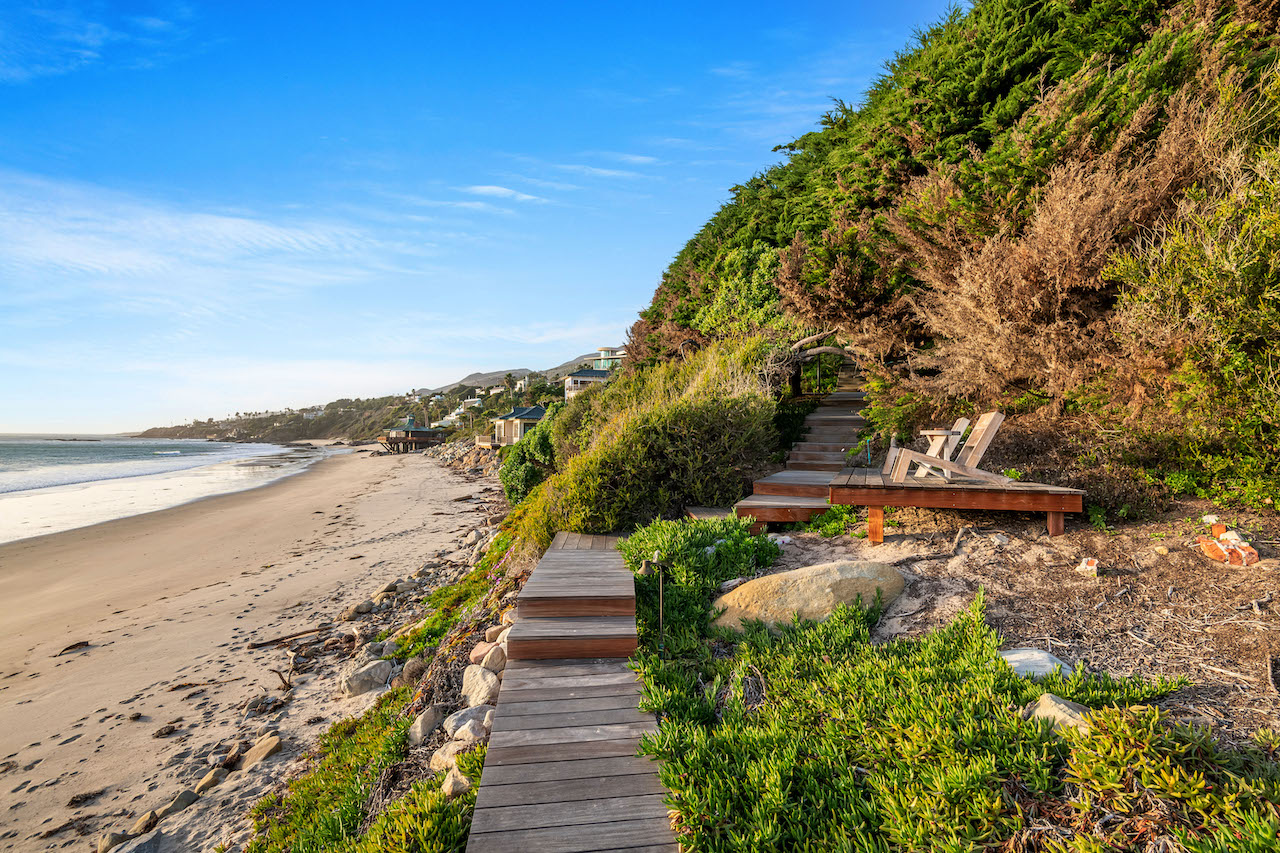