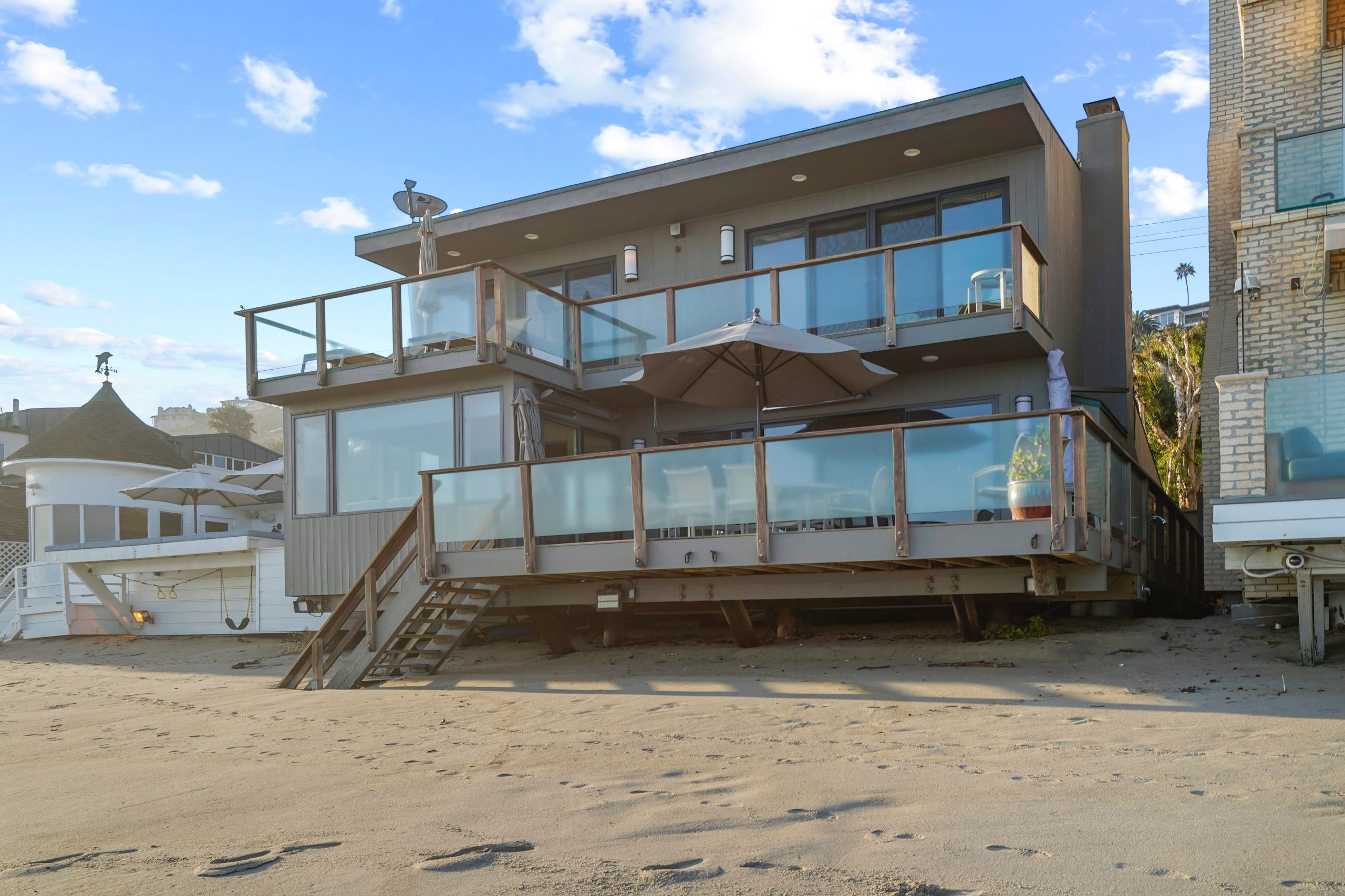 One of the greatest composers in the history of film, Italian-born Henry Mancini won four Academy Awards and twenty Grammy Awards. Famous for his unforgettable “Moon River” and “Pink Panther Theme,” he scored hundreds of movies and TV shows and recorded over 90 albums ranging from big band to classical to pop. During World War II, he served as a member of the Air Force Band before being reassigned to the 1306th Engineers’ Brigade, where he helped to liberate the Mauthausen-Gusen concentration camp in Austria. After returning from the war, he joined the Glen Miller Orchestra and then the music department of Universal-International, before striking out on his own. His “Love Theme from Romeo and Juliet” spent two weeks at #1 on the Billboard Hot 100 in 1969 and three of his songs were chosen for the American Film Institute’s 100 greatest film scores. The prolific composer died in 1994. 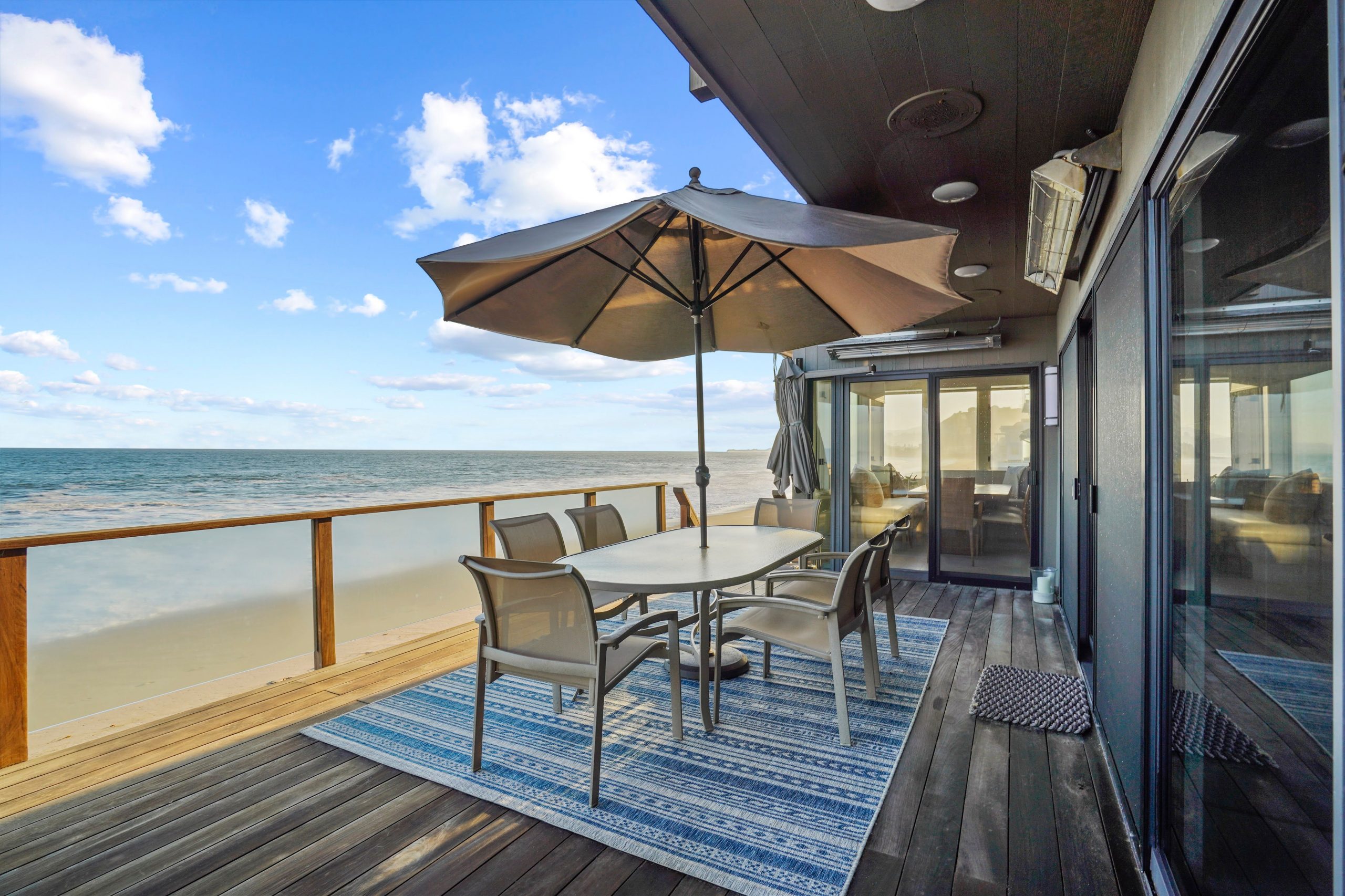 In 1972, Mancini purchased a classic mid-century beach house on Malibu’s La Costa Beach for $147,500, where he held “extraordinary parties with talented friends and musicians,” according to his daughters, Monica and Felice Mancini. Held by the family for 50 years, the property has been listed for sale at $11.6 million. Perfectly situated, the home sits on a sandy stretch of beach, far from public access, offering gorgeous ocean views from Point Dume to the Queen’s Necklace. The two-story, wood-sided house has four bedrooms and three baths and covers 2,212 square feet. The home features big windows that bathe the space in natural light and crisp geometric lines. 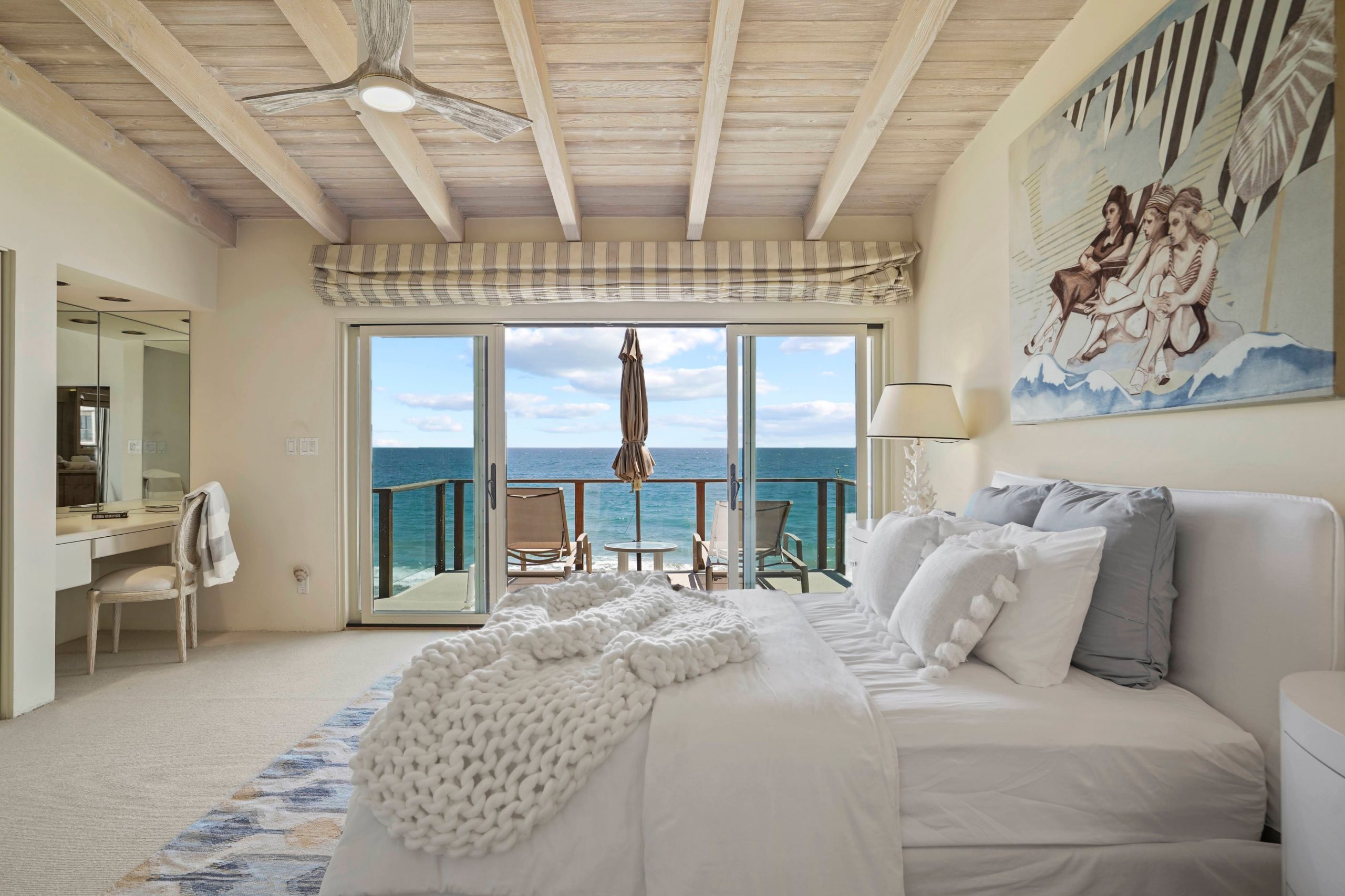 The home’s beachfront living room sports a marble fireplace and sliding glass doors that open onto a spacious deck and private beach access. Upstairs, the primary bedroom has its own terrace plus vaulted-wood-beamed ceilings and an en-suite bathroom with a marble shower, soaking tub, and a bidet. A second top-floor bedroom also offers ocean views and a deck. The serene dining room connects to a spacious kitchen with stainless steel appliances, Viking dual ovens, and a breakfast bar. 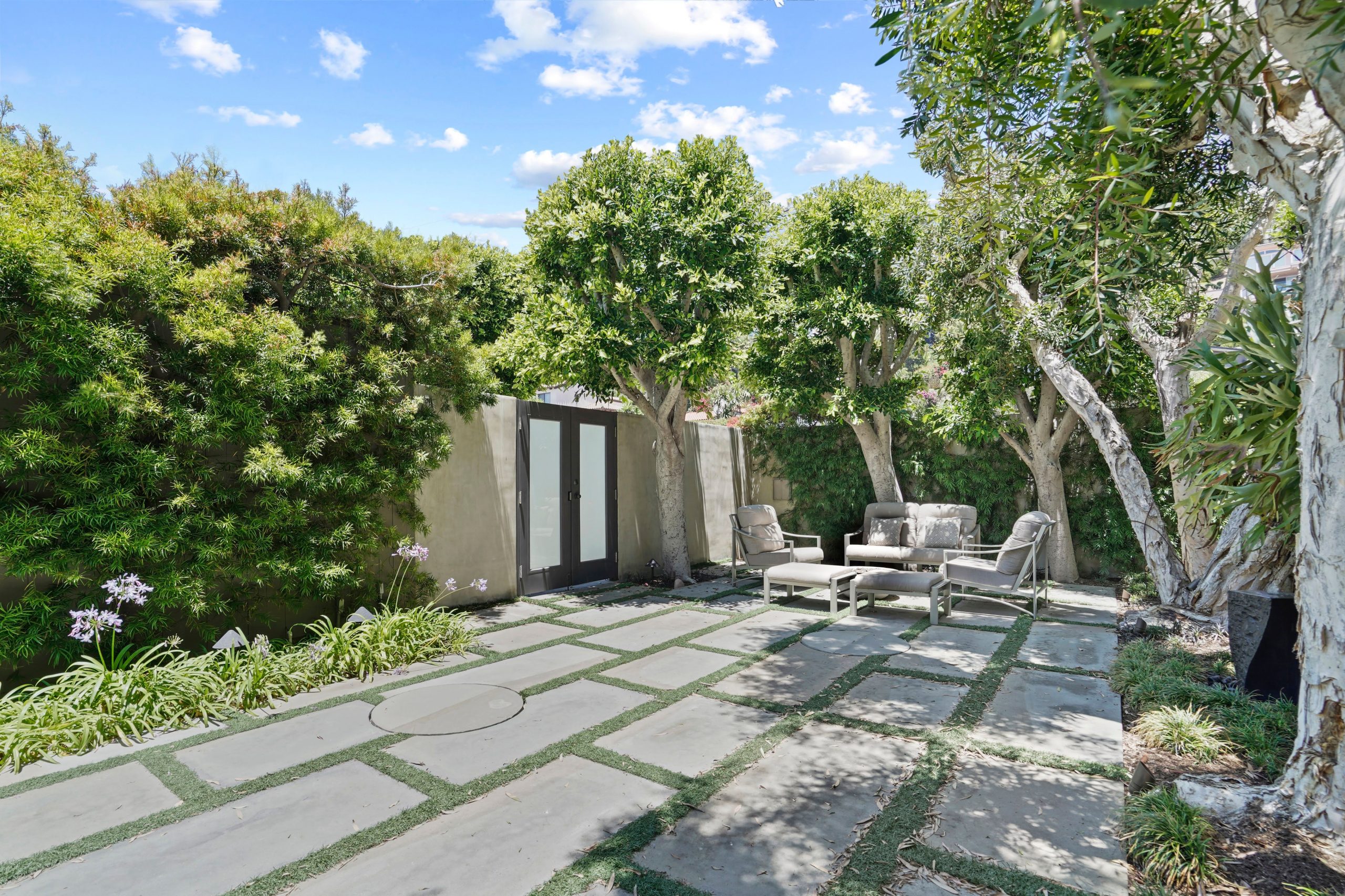 On the Pacific Coast Highway side, the home includes a two-car garage plus driveway space for two more cars. Lush landscaping adorns the spacious entry courtyard, where a firepit and seating area offer additional options for relaxation and entertainment. The home is only a quarter mile from the famous beachfront Duke’s Restaurant plus a short drive from Iron Chef Nobu Matsuhisa’s Nobo Malibu and the shops and restaurants at the Malibu Country Mart. 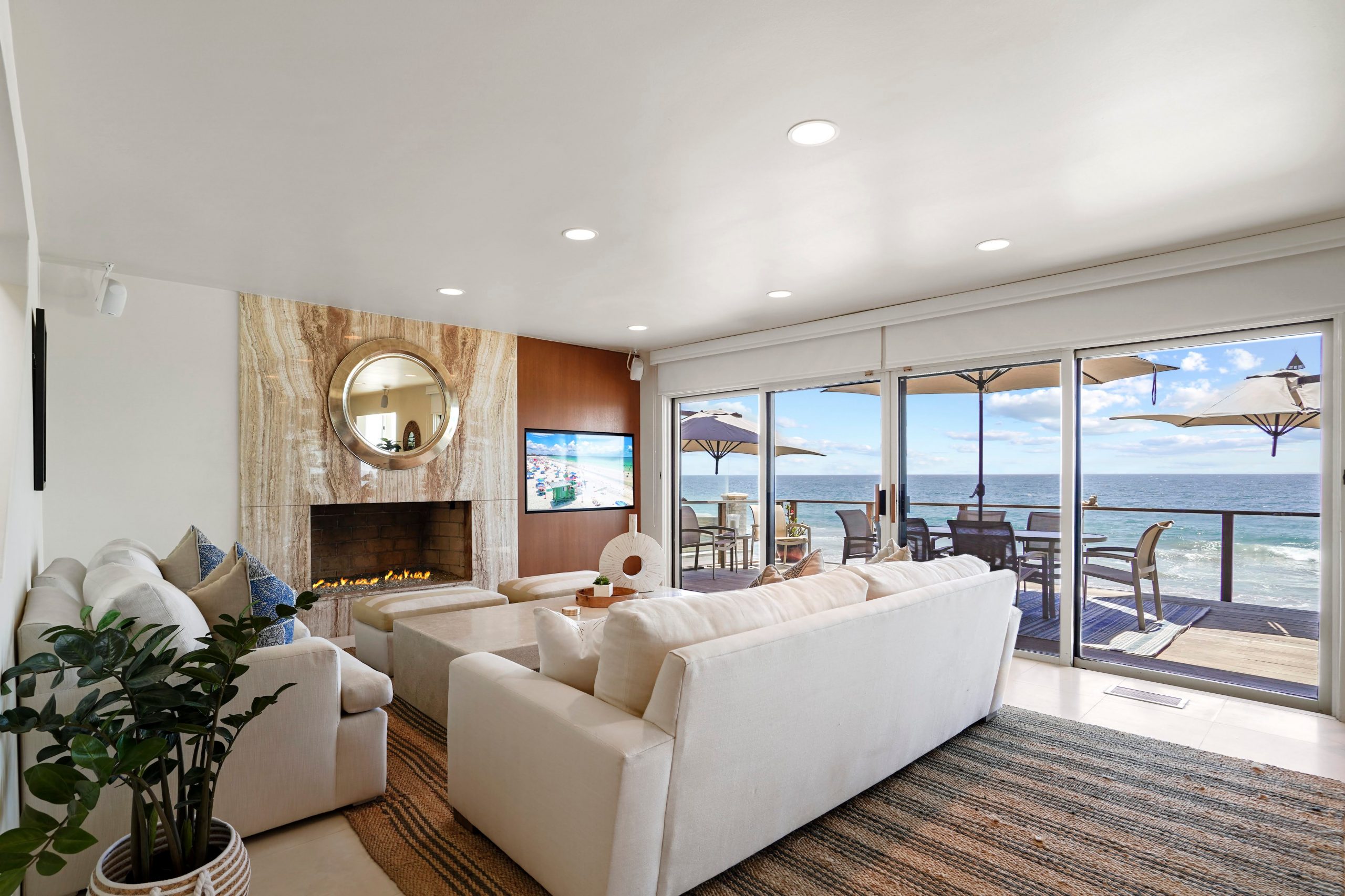 Malibu, located along the coast just north of Los Angeles, is a coastal city known for laidback vibes, fantastic surf beaches, and oceanfront luxury homes. Offering an escape from the city while still close enough to commute, it is one of the most popular home locations for Hollywood celebrities who make it big. Just a few of its famous inhabitants have included Pamela Anderson, Axl Rose, Cher, Jennifer Aniston, Leonardo Dicaprio, and Lady Gaga. 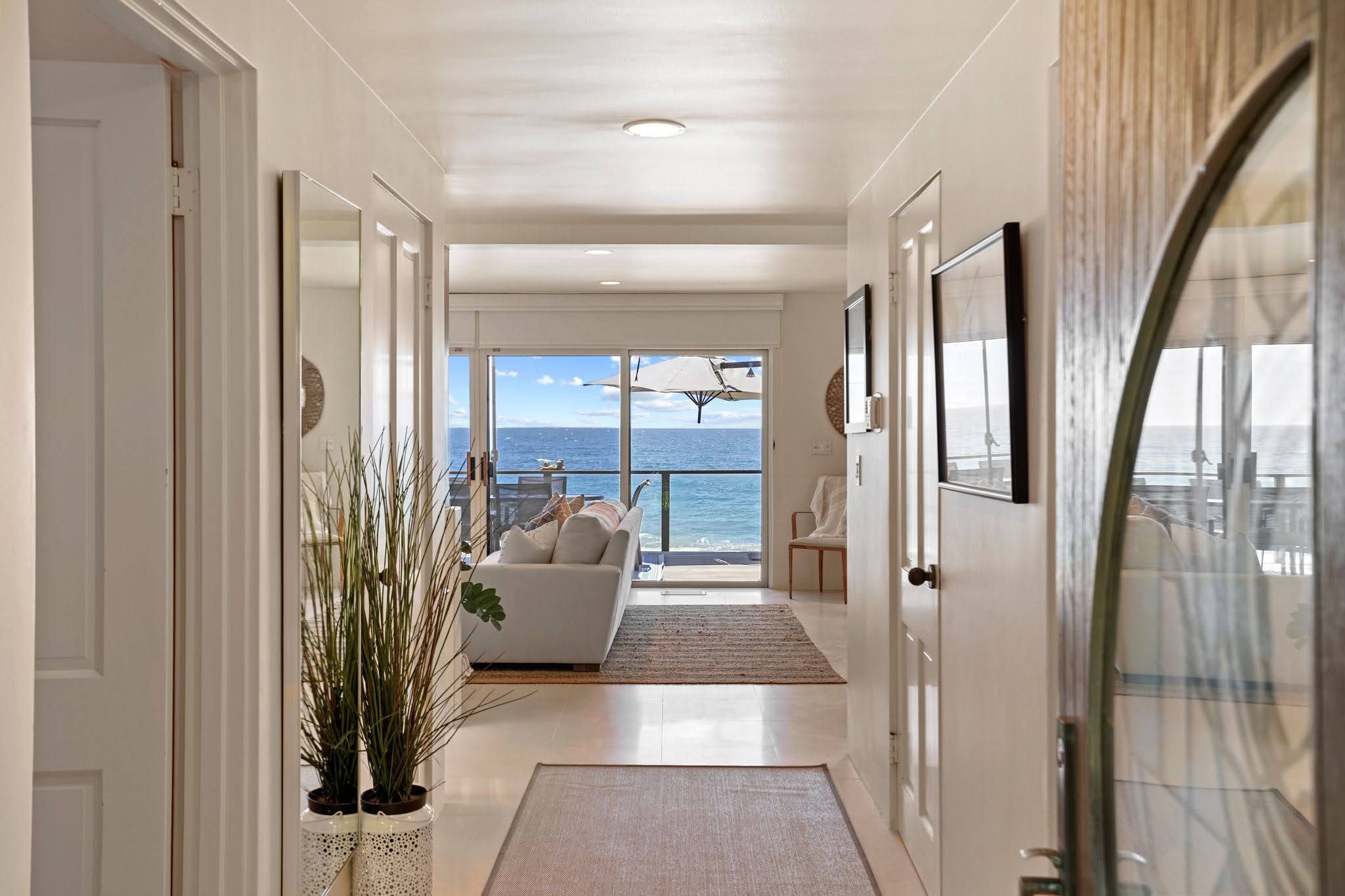 The listing is held by Tony Mark and Russell Grether at Compass. 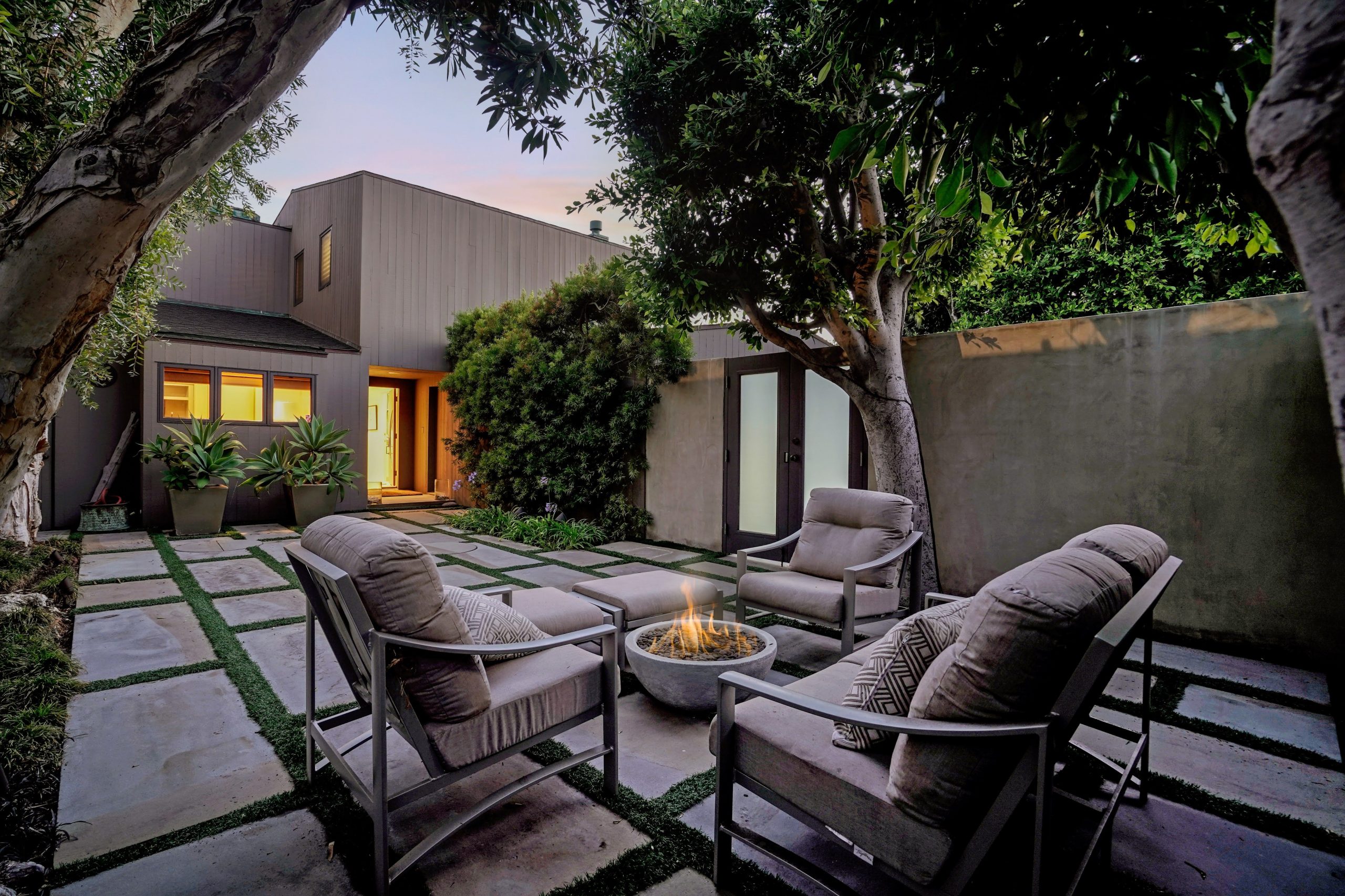 Top Ten has received permission from agents and owners to share this article and the photos.