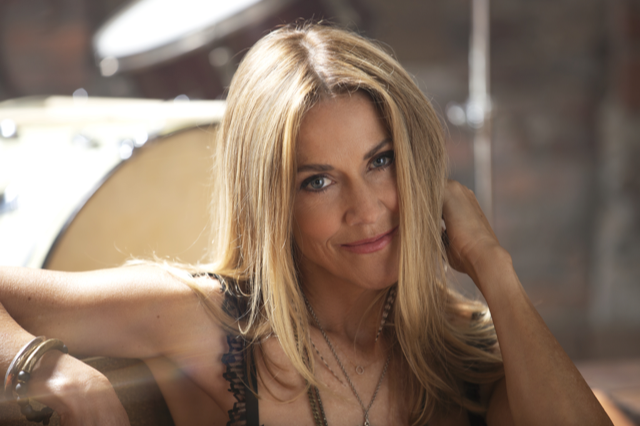 The Farrah Fawcett Foundation (FFF) recently announced that this year’s 4th biennial Tex-Mex Fiesta benefit will be held in Dallas at The Rustic on October 20, 2022, benefitting the American Cancer Society and Stand Up To Cancer. President and CEO of the FFF and Farrah’s long-time friend, Alana Stewart, will be co-hosting along with Farrah’s former Charlie’s Angels co-star, Jaclyn Smith.

Honorees include Linda Gray (of TV’s Dallas) and a special acknowledgment to Ryan O’Neal for his continued support of the FFF.  Alana’s former husband and dear friend, George Hamilton, will be emceeing.  Most recently announced is that Sheryl Crow will be the headliner for this year’s Dallas benefit!

Sheryl Crow is a nine-time Grammy Award recipient (out of 32 nominations) and an American music icon. Her first nine studio albums have sold 35 million copies worldwide; seven charted in the Top 10, and five were certified for Multi-Platinum sales.  Showtime’s recent documentary ‘Sheryl’ chronicles the story of Crow’s journey, including her fight with breast cancer. Now cancer-free, Crow is a supporter of Stand Up to Cancer and showing up in a BIG way for them in TEXAS (Dallas) this October 20, 2022, by performing for the Farrah Fawcett Foundation’s 4th biennial Tex-Mex Fiesta benefit.

“I don’t need to reiterate the fact that everyone has a relationship with cancer. Whether it’s an individual-personal relationship — whether it’s with family or friends — we’ve all been touched by cancer that’s why it is so important to support such incredible organizations like the Farrah Fawcett Foundation, Stand Up to Cancer, and ACS.” -Sheryl Crow

John Terlingo, the owner of Terlingo Cycle, initiated the FFF Dallas footprint in 2013. In 2016, Terlingo’s efforts in Dallas raised 100k for the American Cancer Society’s Gene and Jerry Jones Family Hope Lodge, naming a suite in Farrah’s honor. Hope Lodge, located on Baylor University Medical Center’s campus through collaboration with Baylor Scott & White Health, provides a safe and peaceful place for patients and their caregivers to stay during treatment at any local treatment center. The FFF is excited to continue its partnership with the American Cancer Society and will be gifting one of Farrah’s figural bronze sculptures mounted on marble to The American Cancer Society Hope Lodge on September 13, 2022.

Proceeds from the October 20th event will benefit the important work of this facility, which strives to provide 18,000 nights of free lodging each year. Funds raised will also benefit the FFF’s collaboration with Stand Up To Cancer, which funds HPV-related cancer research. The biennial Tex-Mex Fiesta was first held in 2015 and has raised almost $3 million for the cause.

“For the first time, we are celebrating the legacy of Farrah in her home state by bringing our Tex-Mex event to Dallas, instead of the traditional location in Beverly Hills. Farrah was a Texas girl so this would have meant so much to her,” said Alana Stewart.