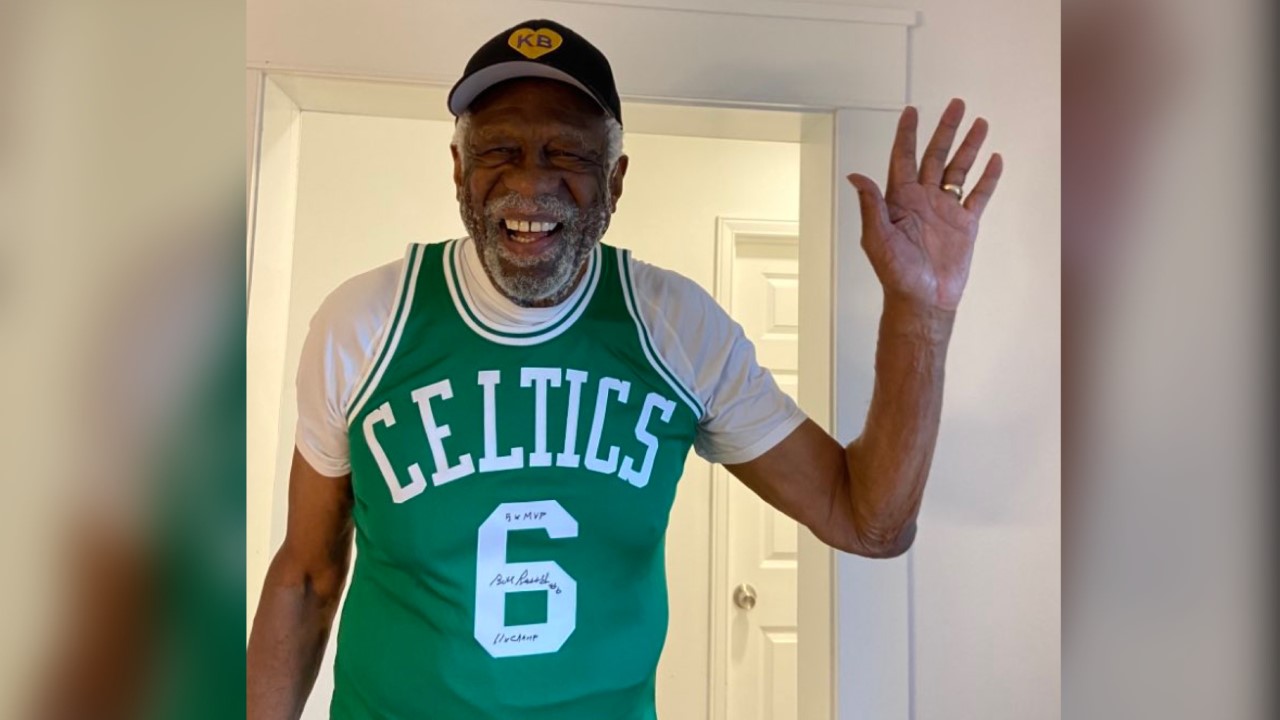 Bill Russell, the towering NBA legend in a league of his own and earned 11 NBA championship rings during his career, died on Sunday. According to a statement posted on his official Twitter account Sunday, Russell “passed away peacefully” with his wife Jeannine by his side.

The statement added that “arrangements for his memorial service will be announced soon” and “Bill’s wife, Jeannine, and his many friends and family thank you for keeping Bill in your prayers.”

Over a 15-year period, beginning with his junior year at the University of San Francisco, Russell had the most remarkable career of any player in the history of team sports. At USF, he was a two-time All-American, won two straight NCAA championships and led the team to 55 consecutive wins. And he won a gold medal at the 1956 Olympics.

During his 13 years in Boston, he carried the Celtics to the NBA Finals 12 times, winning the championship 11 times, the last two titles won while as both a player and serving as the NBA’s first Black coach.

“Bill Russell’s DNA is woven through every element of the Celtics organization, from the relentless pursuit of excellence, to the celebration of team rewards over individual glory, to a commitment to social justice and civil rights off the court,” the Celtics said in a statement. “Our thoughts are with his family as we mourn his passing and celebrate his enormous legacy in basketball, Boston, and beyond.”

NBA commissioner Adam Silver called Russell “the greatest champion in all of team sports” in a statement Sunday.

A five-time MVP and 12-time All-Star, Russell was an uncanny shot-blocker who revolutionized NBA defensive concepts. He finished with 21,620 career rebounds — an average of 22.5 per game — and led the league in rebounding four times. He had 51 rebounds in one game, 49 in two others and posted 12 straight seasons with 1,000 or more rebounds. Russell also averaged 15.1 points and 4.3 assists per game over his career. Russell became the first Black player to be inducted into the Naismith Memorial Basketball Hall of Fame in 1975.

“Perhaps, you’ll relive one or two of the golden moments he gave us, or recall his trademark laugh as he delighted in explaining the real story behind how those moments unfolded,” the statement concluded. “And we hope each of us can find a new way to act or speak up with Bill’s uncompromising, dignified and always constructive commitment to principle. That would be one last, and lasting, win for our beloved #6.”

A cause of death was not disclosed.