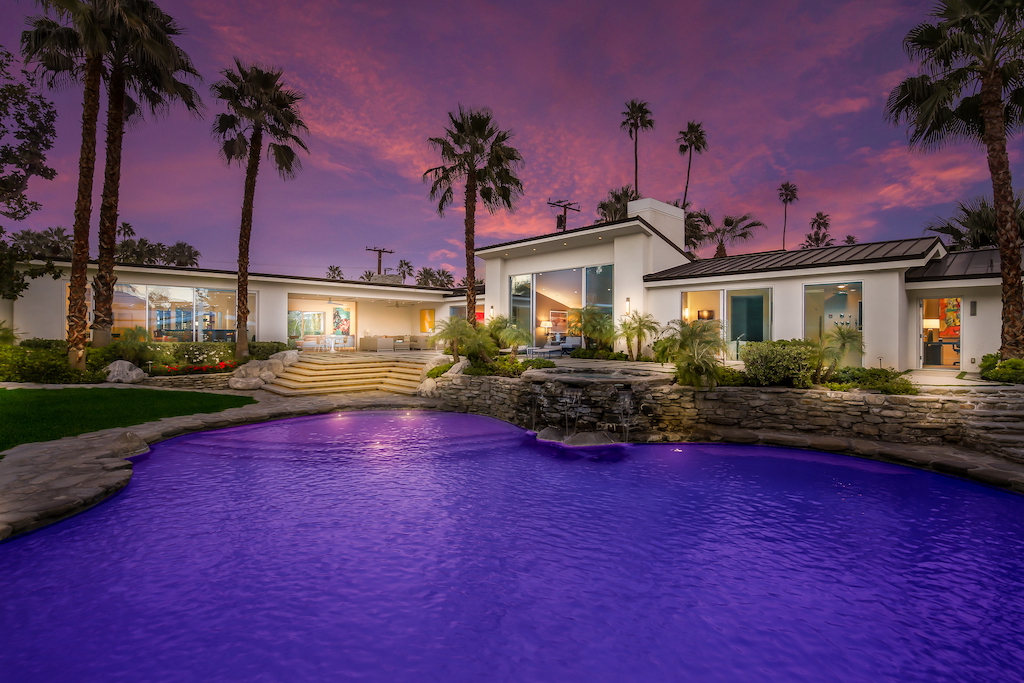 Multi-talented Sidney Sheldon has both a star on the Hollywood Walk of Fame and a Golden Palm on the Palm Springs Walk of Stars. His five-decade career saw him achieve success in nearly every realm of entertainment. He won an Academy Award for his screenplay for The Bachelor and the Bobby-Soxer and a Tony Award for his musical Redhead. As a producer, he was responsible for the iconic I Dream of Jeannie, for which he also wrote most of the scripts. In his fifties, he left cinema behind and started to write novels. His 18 novels, including the New York Times Bestseller The Other Side of Midnight, have sold over 300 million copies, making him one of the best-selling writers of all time. Sheldon died in 2007, just twelve days shy of his 90th birthday. 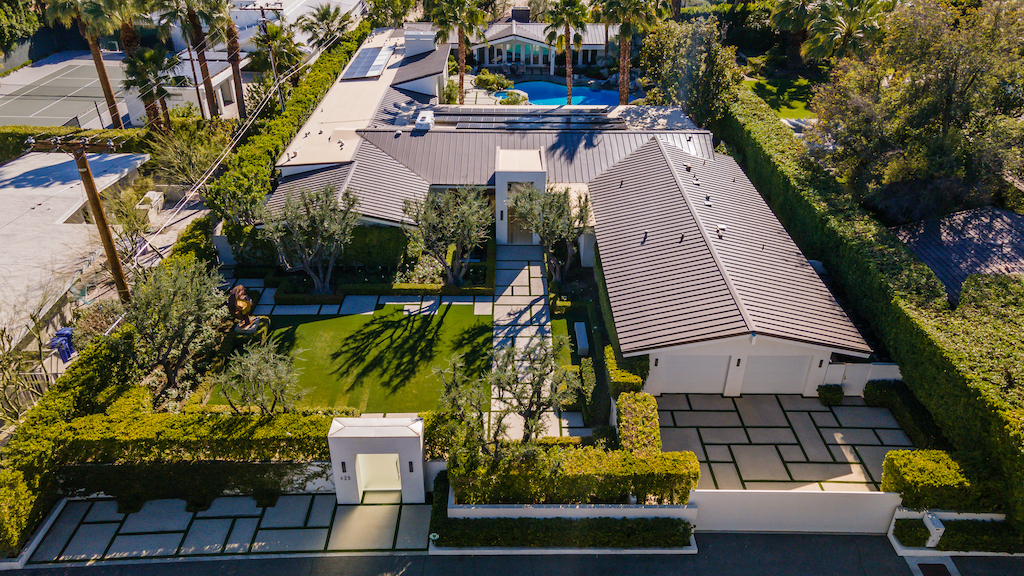 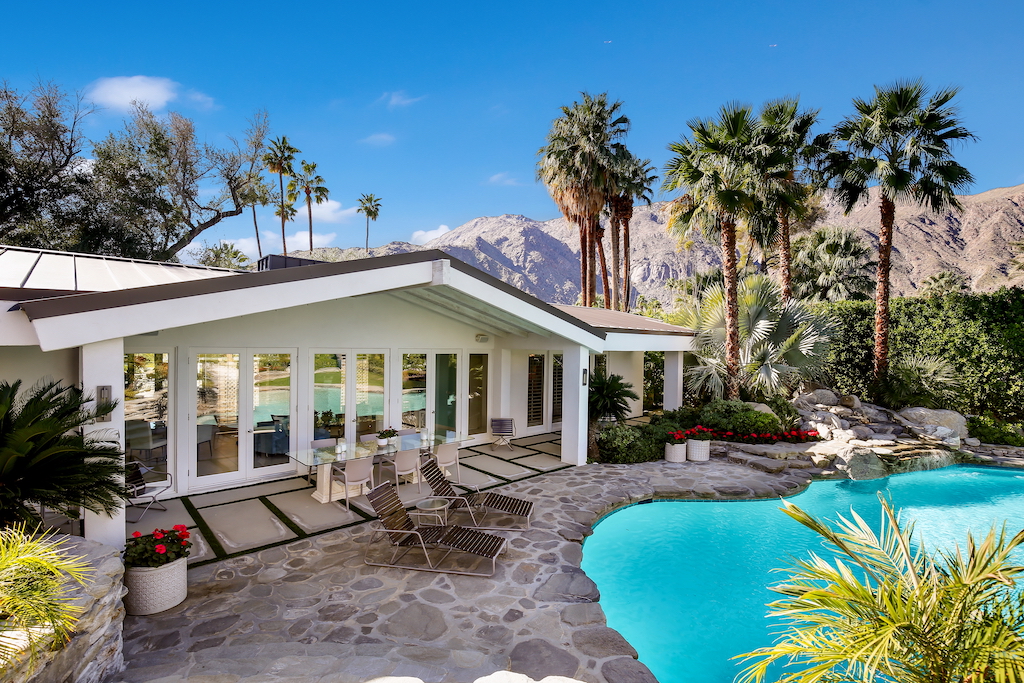 While the main house is sleek and modern with white walls and lots of glass, the guesthouse has a more whimsical feel with bright-colored accents and peaked ceilings. Picture windows throughout the home provide gorgeous mountain views. Additional amenities include a game room, home fitness center, fully equipped wet bar, walk-in custom wine room, and a solar system. 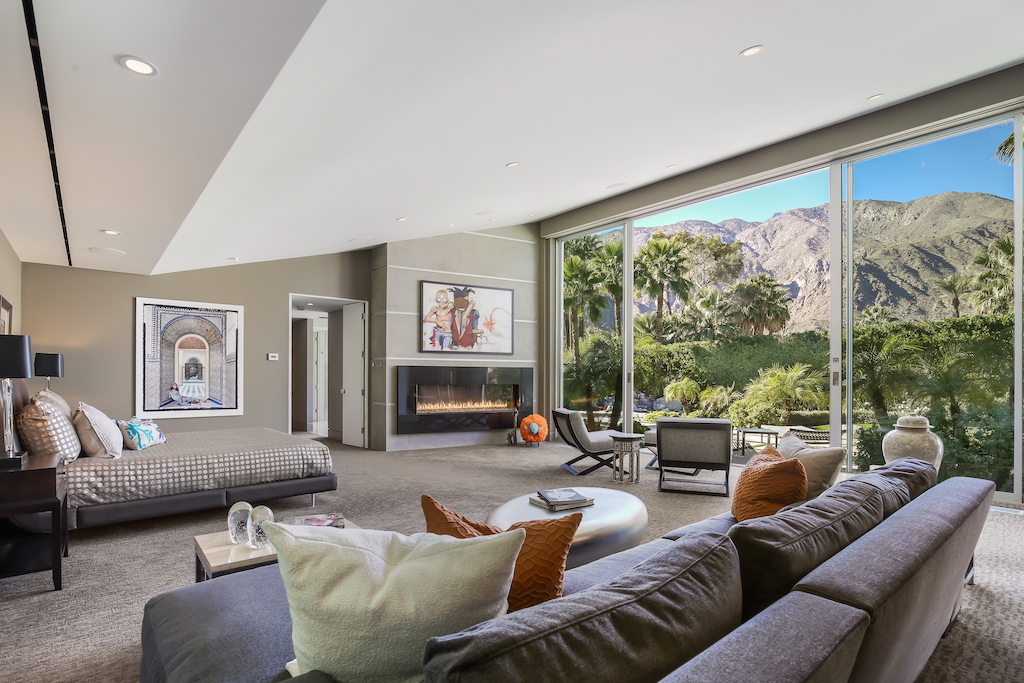 Known for privacy and a collection of some of the best mid-century-modern homes in the world, Old Las Palmas and neighboring Vista Las Palmas are two of the most sought-after neighborhoods in Palm Springs and a longtime haven for celebrities. 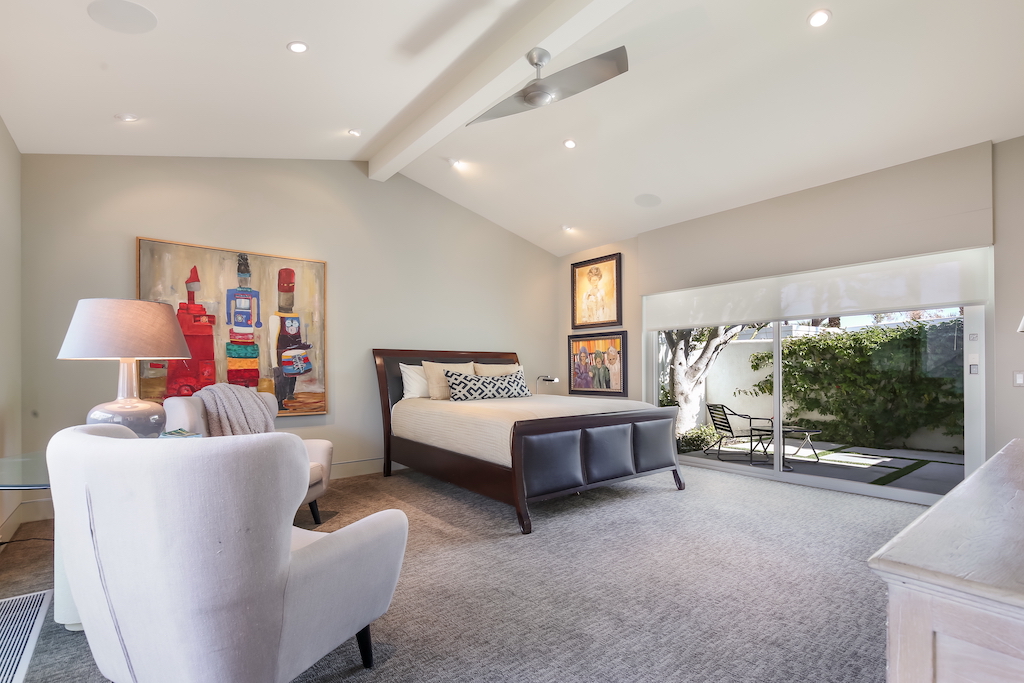 Dinah Shore, Liberace, Spencer Tracy, Cary Grant and Katherine Hepburn are just a few notables who have called the area home, while current residents include Leonardo DiCaprio, Lily Tomlin, Goldie Hawn and Kurt Russell. Elvis and Priscilla Presley spent their 1968 honeymoon at a Vista Las Palmas home that Look magazine proclaimed in an eight-page article in 1962 as “The House of Tomorrow.” 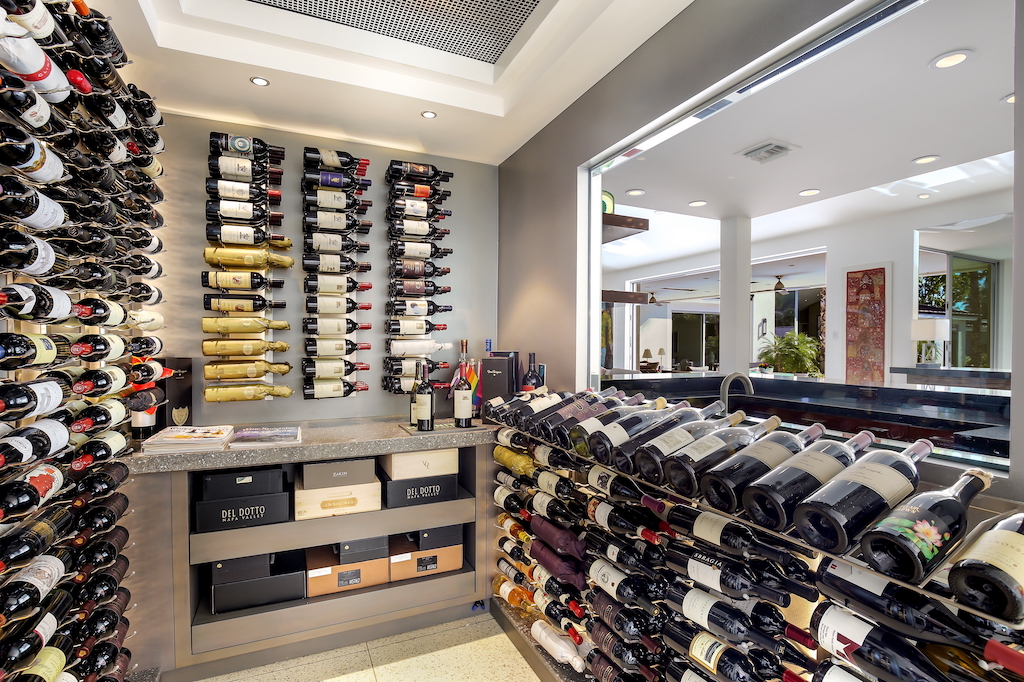 Options for entertainment include Copley’s on Palm Canyon, an award-winning restaurant at the former estate of Clark Gable, the O’Donnell Golf Club, the Palm Springs Art Museum, and the Palm Springs Tennis Club. 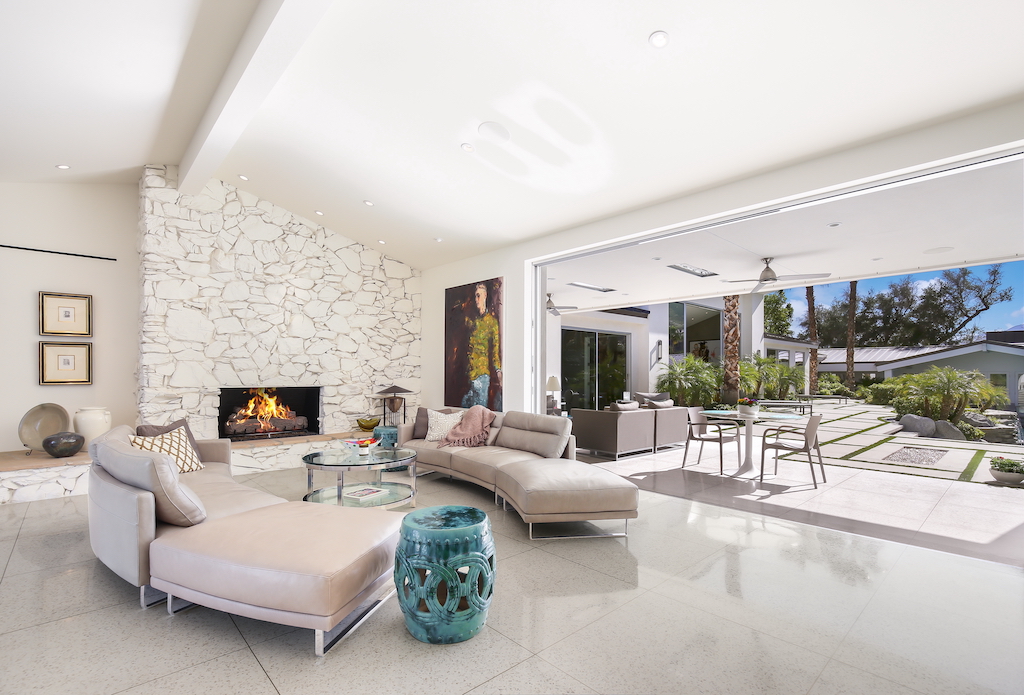 Numerous bars, restaurants, museums, and boutiques are within a short drive. 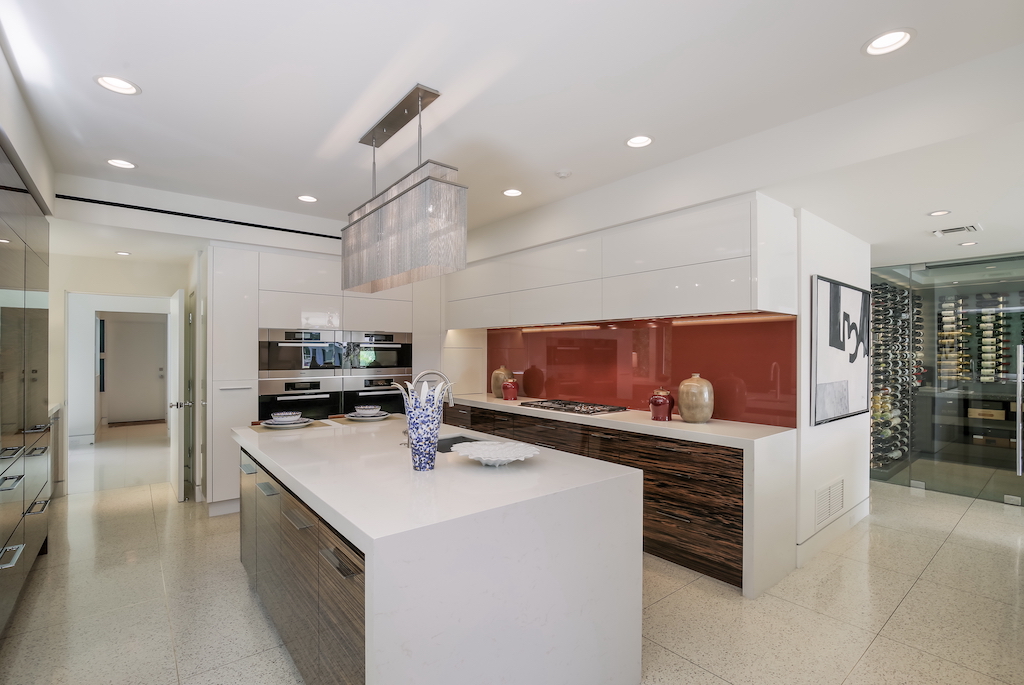 The listing is held by Jim Schwietz at Bennion Deville Homes of Palm Springs, CA.