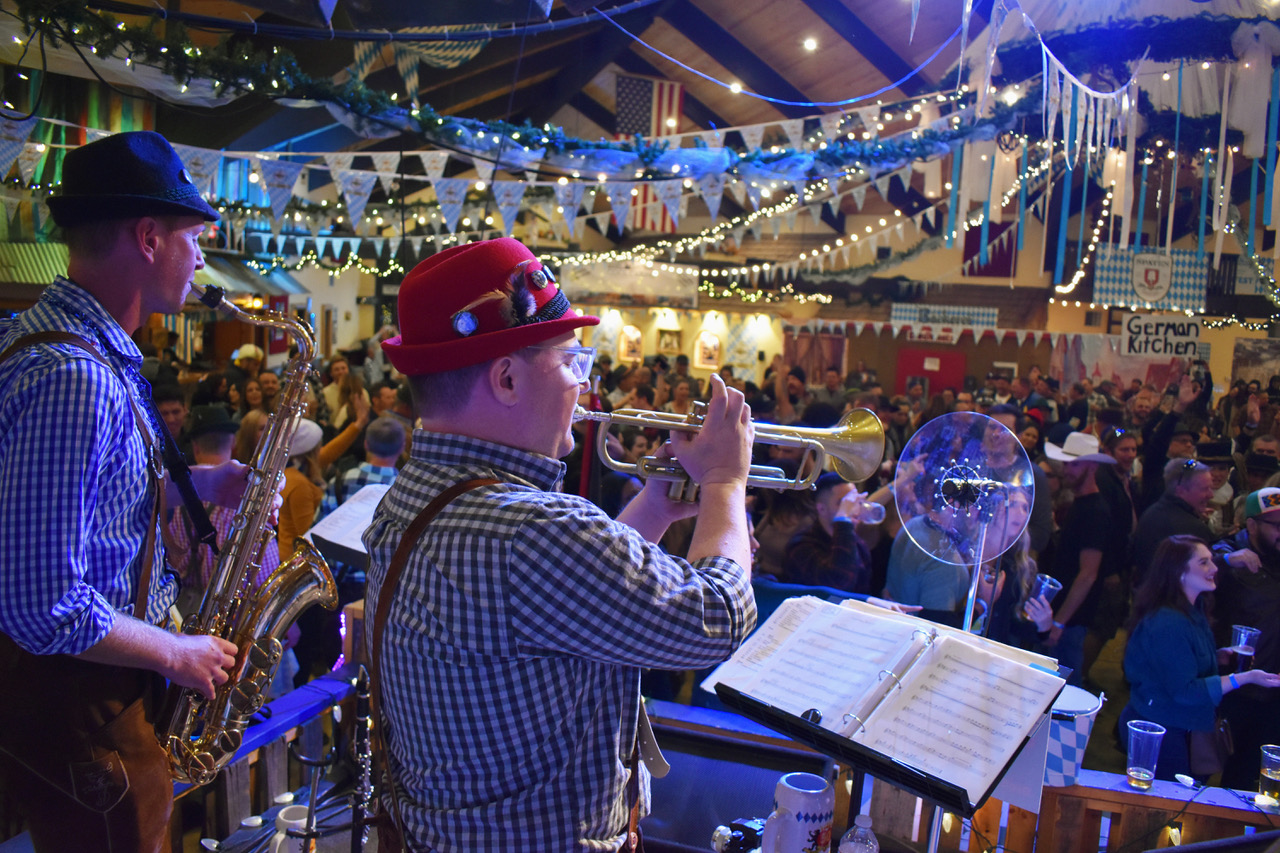 It’s nine weekends of unequivocal good times! If there’s one annual event in Big Bear that people look forward to attending, it’s without a doubt Big Bear Lake Oktoberfest. The scenery that surrounds Big Bear is in itself a relief from reality, but when live Bavarian oom-pah-pah music is added to the mix, along with festive beer gardens that serve choice imported German beers, food courts that give off aromas of authentic German fare, and adrenaline-fueled chicken dances, then it simply becomes a celebration like no other.

Organizers of Big Bear Lake Oktoberfest are especially pleased to announce that they have booked a band from Bavaria to perform the first two weekends in October. This marks the first time since 2019 that a band imported directly from Germany will perform at Big Bear Lake Oktoberfest. Frankenrebellen Express will delight festival-goers October 1 – 2, and then again, the following weekend October 7 – 9. Frankenrebellen Express hails from the Franconia region of Bavaria. They sing Oktoberfest tunes with thick German accents and deliver an exuberant style of party music. Also, on the entertainment schedule are bands from Southern California that deliver genuine sounds of Bavarian polka music mixed with an array of top-40 pop, classic rock, and country. Bands on the bill for this year’s Oktoberfest includes Die Sauerkrauts, Hazelnuss Das Music, and Da Stuben Buden. Plus, Die Gemütlichen Schühplattler Dancers, a traditional German dance troupe will perform customary dances on select dates. Also, a second stage located near the outdoor beer garden will have various cover bands performing classic rock and country standards every weekend throughout the nine-weekend stint. A full entertainment lineup will be released at a later date.

In addition to the great professional entertainment, there are plenty of opportunities for guests to get into the action themselves. Fun competitions and contests at Oktoberfest include log sawing and stein holding. Organizers are also finalizing a new interactive game that they’ll introduce for the first time this year (more details coming soon). Plus, there are plenty of children’s fun and games such as kiddy mug holding matches, pretzel toss and an enhanced kids’ play area with giant inflatables.

This year, Big Bear Lake Oktoberfest honors those who serve in the US Military and first responders with three commemorative weekends September 10-11, September 17-18 and November 5. This tribute honors anyone with an official badge or proper I.D., including active military, veterans, firefighters, and law enforcement with free general admission tickets on these select weekends.

The 52nd Annual Big Bear Lake Oktoberfest begins Saturday, September 10 and runs for nine consecutive weekends through Saturday, November 5, 2022. The weekend festivities take place at Big Bear Lake Convention Center, located at 42900 Big Bear Blvd. Event times are Saturdays 1 p.m. to 11 p.m.; Sundays 12 noon to 6 p.m. and Fridays (October only) 4 p.m. to 11 p.m. Tickets are expected to go on sale the first or second week in August. To be the first in the know when tickets go on sale follow Big Bear Lake Oktoberfest on Facebook or Instagram. For general information visit  BigBearEvents.com or call 909-585-3000.