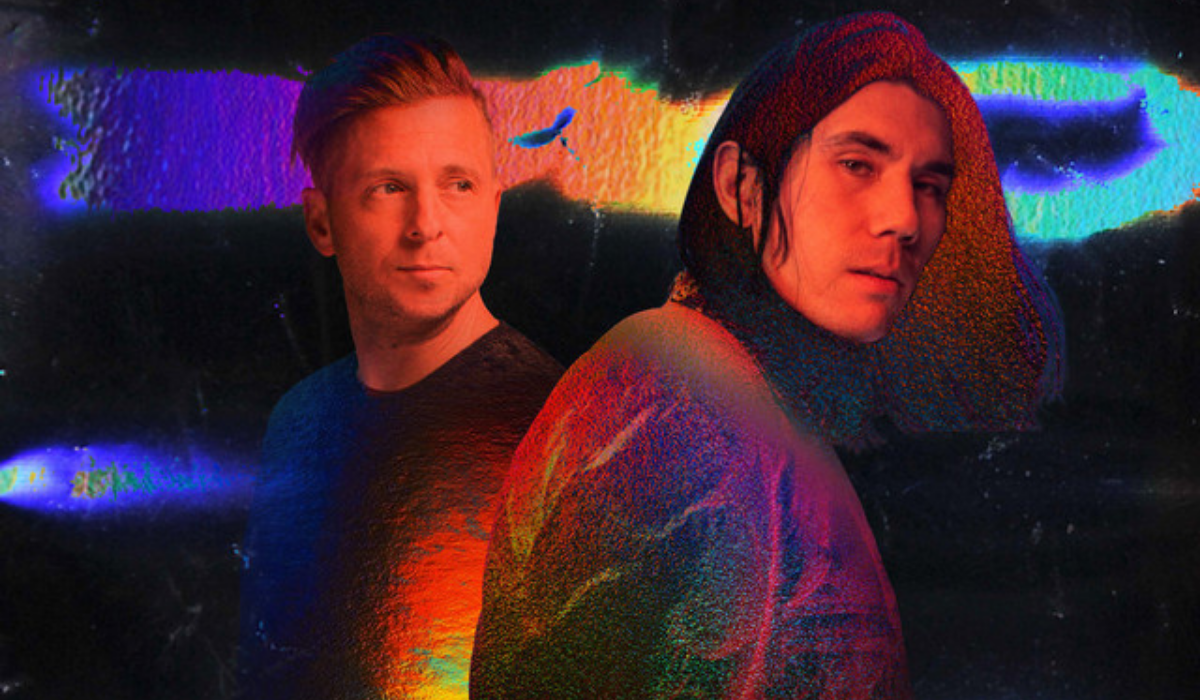 Acclaimed L.A.-based dance producer Gryffin teams up GRAMMY® nominated OneRepublic for the euphoric “You Were Loved,” out today via Darkroom / Interscope Records / Universal Music Canada, the country’s leading music company. Nostalgic and heartfelt, the shimmering anthem finds the collaborators reflecting on the one that got away.

“You Were Loved” by Gryffin and OneRepublic (Darkroom / Interscope Records) is available now at all digital retailers HERE.

On “You Were Loved,” Gryffin confirms his ability to mesh with any artist. From a slow stroll laid with introspective guitar plucks, “You Were Loved” builds into a burst of emotional string synths, transcendent vocal harmonies, and punctuating drums. OneRepublic frontman Ryan Tedder tugs at the heartstrings with raw vocals that hold regret but, more importantly, optimism and hope that their paths will cross again: “Someday when the future meets the past, that’s when we’ll make up for all of the years we went so fast.”

“I’m extremely excited to release You Were Loved, as this record kicks off a new era for my music” says Gryffin on today’s release. “Working with One Republic has been an incredible experience and we’re really happy to have created a song that really aligns with both of our projects sonically and lyrically. We feel the record is a euphoric, summer anthem that has a strong emotive core to it.  We hope everyone enjoys it as much as we did making it.”

Fans can hear these songs (and more) in Gryffin’s stellar live set as he hits the road in 2022. Earlier today, he announced his return to Red Rocks Amphitheatre headlining for the first time on Friday, October 21st. Artist pre-sale begins Monday, April 4th at 10am MDT followed by general on-sale on Thursday, April 7th at 10am MDT. Artist pre-sale registration sign-ups are now open HERE. The multi-instrumentalist has also been announced to play Life is Beautiful, Bonnaroo, Firefly Music Festival, and more, while also continuing his successful Las Vegas residency at The Wynn’s Encore Beach Club and XS Nightclub. Tickets are available HERE.

Born Dan Griffith, Gryffin got his start in music as a classically trained pianist and guitarist while also played in several bands. After receiving an electrical engineering degree from the University of Southern California, he pursued a path in music production, drawing equally from his carefully honed musicality and edgy ingenuity. Gryffin made his breakthrough in 2016 with two singles showcasing his melodic take on dance music: “Heading Home” ft. Josef Salvat (which shot to #1 on Spotify’s US and Global Viral charts) and the Gold-certified Bipolar Sunshine collaboration, “Whole Heart. In addition, his 2017 smash single and first Platinum record, “Feel Good” — with Illenium and featuring Daya— peaked at #18 on the Dance/Mix Show Airplay charts. Gryffin’s major triumphs also include “Tie Me Down” ft. Elley Duhé (which hit #2 on the Spotify US Viral Chart, #9 on the Global Viral Chart, and was recently Platinum-certified), “Remember” ft. Zohara (which garnered 6.5 million streams in its first few weeks and earned support from Tiesto, who featured the track on an Instagram story), and “All You Need to Know” with SLANDER ft. Calle Lehmann (a US Gold-certified smash that’s now surpassed 320 million streams globally). In October 2019, Gryffin’s debut album Gravity quickly climbed to #1 on Billboard’s Dance/Electronic Albums chart. Now, with multiple heavyweight collaborations under his belt and a US tour underway with stops at major festivals, he’s excited to put out his sophomore effort later this year as he continues to put out pop-dance anthems for the world.

Grammy nominated OneRepublic, is comprised of singer/songwriter and lead vocalist Ryan Tedder, guitarists Zach Filkins and Drew Brown, keys Brian Willett, bassist and cellist Brent Kutzle, and drummer Eddie Fisher. The band released their debut set Dreaming Out Loud in 2007. The release included the 20mm selling smash single “Apologize,” which shattered digital sales and airplay records worldwide and received a Grammy nomination. The band’s sophomore album, 2009’s Waking Up, produced the hit singles “All the Right Moves,” “Secrets” and “Good Life.” The certified-platinum album Native followed in 2013, featuring the No.1 hit and 41 million selling single “Counting Stars.” OneRepublic released Oh My My, their fourth full-length album in 2016. OneRepublic has amassed 5B streams on Spotify to date. OneRepublic’s latest album, Human, dropped on August 27, 2021. It features singles, which combined have over 2.5 billion global streams: “Somebody”, “Run”, “Somebody To Love”, “Wanted”, “Didn’t I”, “Better Days” and “Rescue Me”, which has been certified RIAA Gold. They most recently released their new single, “West Coast.” Their European tour will kick off on April 19th and their recently announced US tour will begin on July 8th.