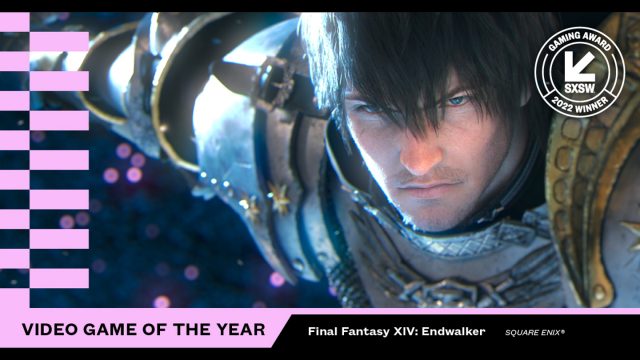 The ninth annual South by Southwest® Gaming Awards (SXSW®) celebrated the technical, artistic and design achievements of this year’s best video game titles and their creators. A total of 40 unique games were in contention for honors in 12 categories — see the winners below. (A complete list of nominees/winners is available here).

The virtual award ceremony was co-hosted by Jana Morrison (“Astrid”) and Samantha Aucoin (“Lilly”), the heroic leads of Syfy’s new Astrid & Lilly Save the World, and was livestreamed on the SXSW TV App, Apple TV, Roku, Fire TV and Android TV. The ceremony was produced by Executive Producer Laurie Lockliear of Georgia-based Peach Maria Productions.

“The last two years of the pandemic have been hard for so many — the entertainment industry was among those affected, but played a key role in providing adventure and escape for all — so we couldn’t be more excited to celebrate the gaming industry and its many creators through tonight’s event,” said Hugh Forrest, SXSW Chief Programming Officer. “We’d like to thank our production partner Peach Maria Productions, our hosts and presenters; and all of you in the gaming and esports community for continuing to bring the best in creativity and innovation to this industry.

About this Year’s Virtual Gaming Awards
With this year’s Ceremony virtual and free via SXSW’s web, mobile and TV platforms, the world was able to watch live as the hosts and talent announced the 12 winners tonight. Rewatch the SXSW Gaming Awards ceremony here.

The evening also featured several debuts — including world premieres of trailers for the highly-anticipated video games Grit and Superior from Gala Games; and the rocking first look at “Round One Fight,” the new song/video from Tik Tok sensation and pop punk band Punk Rock Factory.

In addition, SXSW Gaming Awards partnered with charity fundraising company Omaze to provide a special promo-code offer for bonus entries when entering for the chance to win dream prizes on Omaze and support great causes via any method of entry.

Finally, the SXSW Gaming Awards, Peach Maria Productions and Scener, the leading social viewing platform for streaming services, partnered to host an Official Viewing Party of the Gaming Awards for fans and for the gaming community.

Presenters and Appearances
From sports and music, to gaming and film, this year’s presenters (full list below) represented a range of talent from the overall entertainment industry. Reflecting some of the most dynamic talent, executives and storytellers, they were:

SXSW dedicates itself to helping creative people achieve their goals. Founded in 1987 in Austin, Texas, SXSW is best known for its conference and festivals that celebrate the convergence of tech, film, music, education, and culture. An essential destination for global professionals, the annual March event features sessions, music and comedy showcases, film screenings, exhibitions, professional development and a variety of networking opportunities. SXSW proves that the most unexpected discoveries happen when diverse topics and people come together. SXSW 2022 is currently taking place March 11–20, 2022. For more information, please visit sxsw.com.