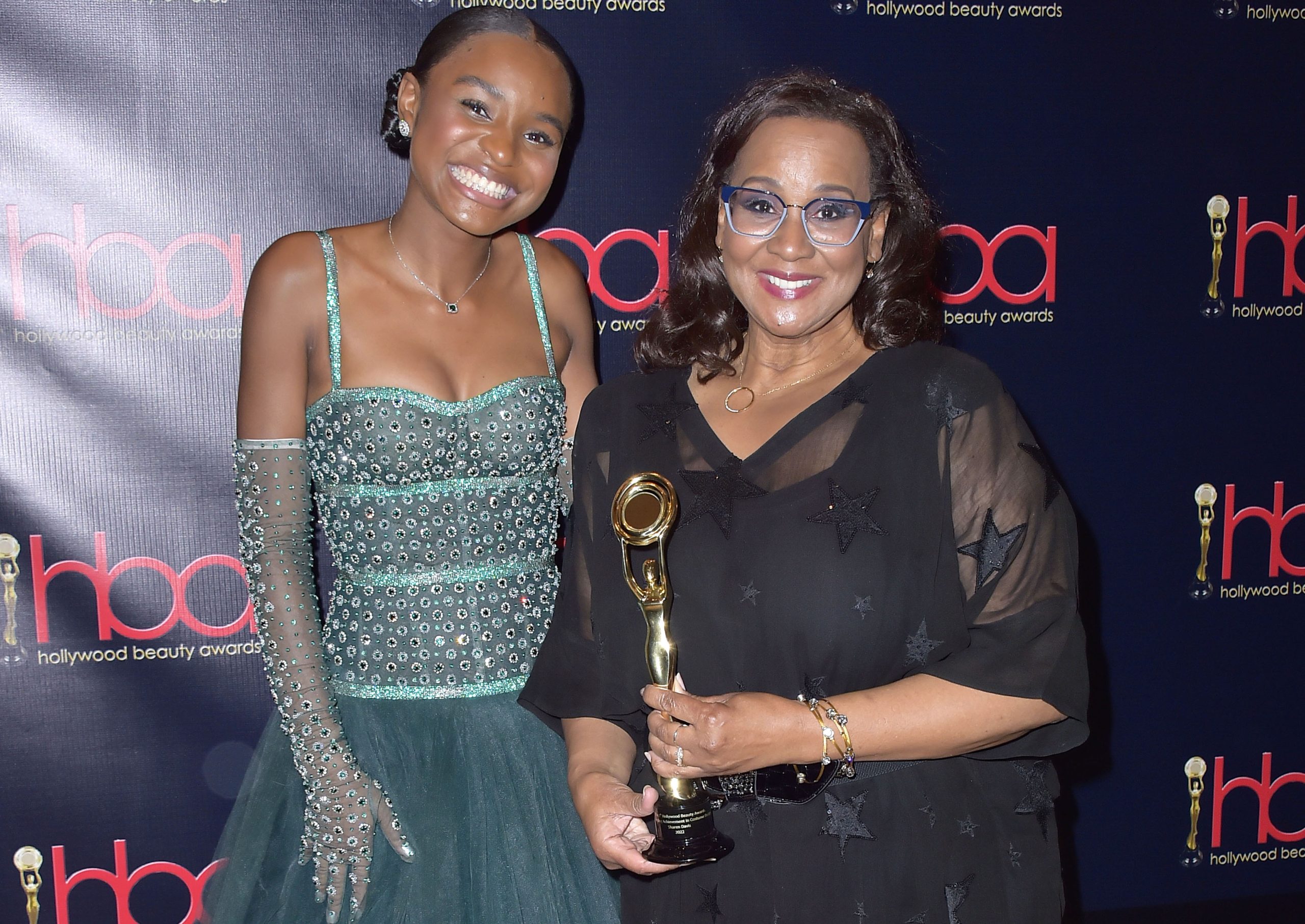 Star of the Oscar-nominated “King Richard,” Saniyya Sidney presented to the legendary Sharen Davis for her with with Outstanding Achievement in Costume Design. Saniyya portrayed Venus Williams in “King Richard” alongside Will Smith and Sharen designed the costumes for the film.

An Emmy-award winner and two-time Academy Award-nominated costume designer, Sharen Davis has helped to bring countless characters to life for over thirty years. Born on an Air Force Base in Louisiana, she grew up in Germany and Japan before eventually landing in California where she discovered her love for costumes in the film industry. 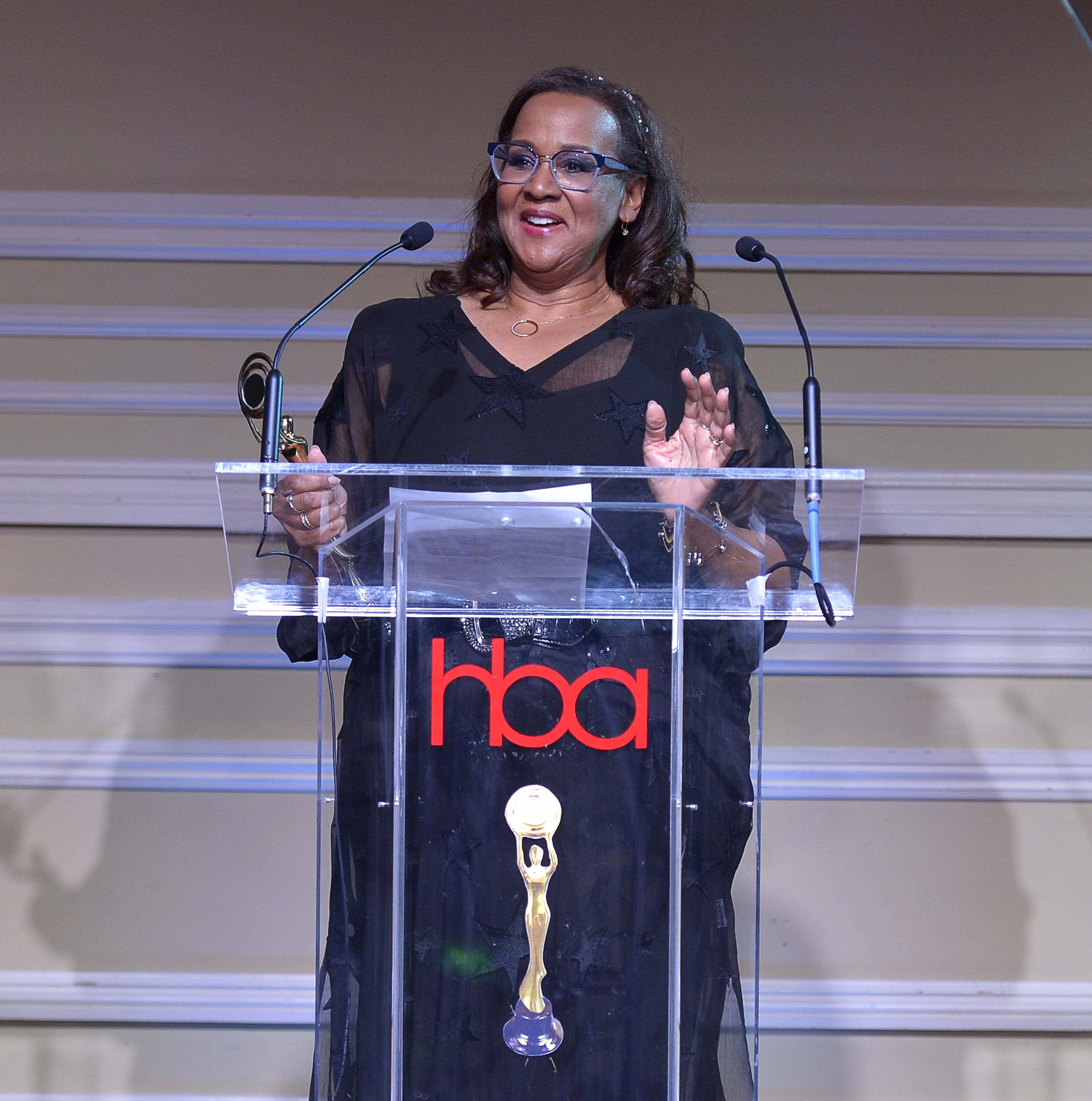 Continuing her work with Denzel, Sharen created wardrobe for THE GREAT DEBATERS, ANTWONE FISHER, THE BOOK OF ELI, FENCES and A JOURNAL FOR JORDAN.

Earning her very first Oscar nomination for RAY starring Jaime Foxx, Sharen went onto design for AKEELAH AND THE BEE before receiving yet another Academy Award nomination celebrating her period costumes for DREAMGIRLS with Jennifer Hudson and Beyonce Knowles.

Featuring her design talent for historical, contemporary, and fantasy genres, she worked with

Quentin Tarantino for the stylized western, DJANGO UNCHAINED, on Tate Taylor’s feature adaptation of THE HELP with Jessica Chastain and Allison Janney, as well as Taylor’s James Brown biopic, GET ON UP, Rian Johnson’s time-bending LOOPER and with Antoine Fuqua for the THE MAGNIFICENT SEVEN remake with Haley Bennett.

Designing for THE PURSUIT OF HAPPYNESS and SEVEN POUNDS, Sharen’s most recent work with Will Smith can be seen in the Venus and Serena Williams’ story, KING RICHARD. 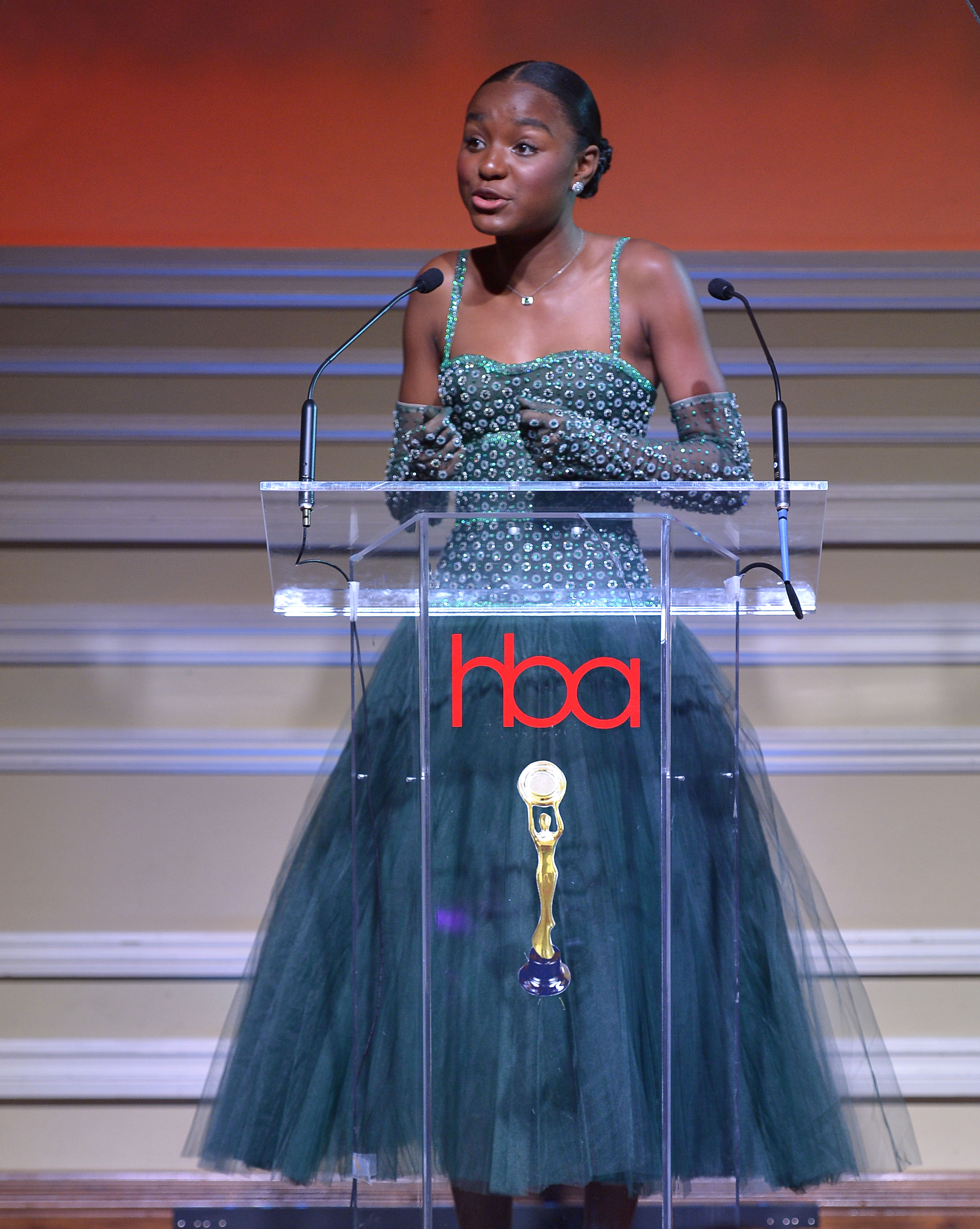 Nominated for an Emmy for her work on the HBO hit series WESTWORLD, Sharen’s creations continue to be honored; receiving an Emmy in the Fantasy/Sci-Fi Costume category for her work on the critically acclaimed limited series WATCHMEN, starring Regina King and Jeremy Irons.

Having served on the Board of Governors for the Academy and a current member of the Television Academy, Sharen Davis proves to be a costume design powerhouse in Hollywood.