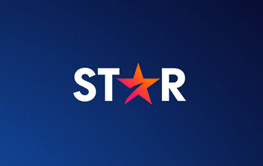 Disney+, the exclusive streaming home for Disney, Pixar, Marvel, Star Wars and National Geographic, adds even more content with the addition of the Star brand which launched today on the service in Australia, New Zealand, Canada, and Europe.

In Singapore, Disney+ with Star launched today becoming the first market to launch with the new general entertainment brand.

Fully integrated into Disney+ in these markets, Star has its own dedicated brand page featuring a robust collection of general entertainment movies, television, documentaries, and more, along with Star-branded exclusive originals and local productions being created for the service.

"Disney+ has touched the lives of nearly a hundred million people around the globe by providing a home for exceptional storytelling from the beloved brands of Disney, Pixar, Marvel, Star Wars, and National Geographic, and today's launch of the Star-branded international general entertainment offering marks an exciting expansion for the service," said Rebecca Campbell, Chairman, International Operations and Direct-to-Consumer, The Walt Disney Company.

"With the addition of Star, we're building even more value for consumers by adding an incredible array of high-quality movies and series for families, older teens, and adults, fueled by the acquisition of 21st Century Fox and our creative studios."