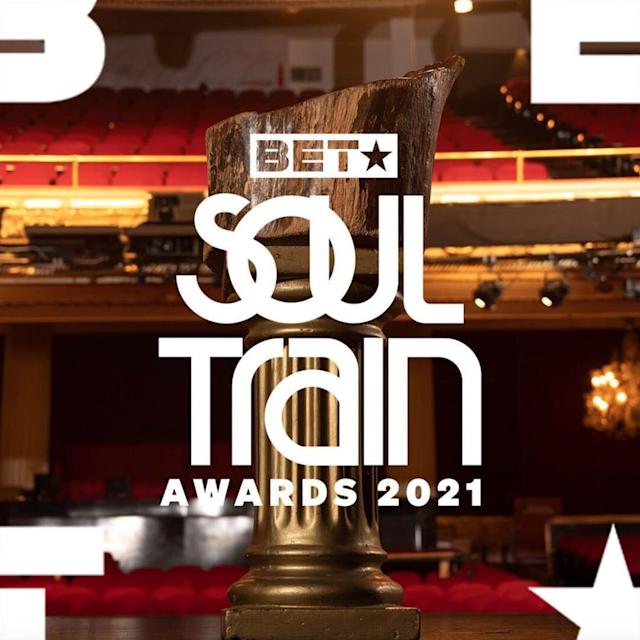 THE 2021 "SOUL TRAIN AWARDS" PRESENTED BY BET RETURNS NOVEMBER 20, FOR THE FIRST TIME FROM
THE WORLD FAMOUS APOLLO
CELEBRATING 50 YEARS OF "SOUL TRAIN" FOR ONE UNFORGETTABLE NIGHT, THE ANNUAL AWARD SHOW PREMIERES
SUNDAY, NOVEMBER 28 AT 8 PM ET/PT ON BET AND BET HER
#SOULTRAINAWARDS

NEW YORK, NY – October 18, 2021 – Today, BET announces the return of the 2021 "Soul Train Awards" from a new location, the World Famous Apollo in New York.  For the first time in its 33-year history, the annual celebration will tape in New York City, joining forces with the non-profit Apollo, now in its 88th year and widely considered the soul of American Culture, for one of its first in-person events in 2021. Celebrating the best in soul music and the television show's 50th anniversary, the "Soul Train Awards" recognizes the best in Soul, R&B, and Hip Hop from both established industry legends and the next generation of promising artists. The 2021 "Soul Train Awards" premieres Sunday, November 28 at 8 pm ET/PT on BET and BET Her.

"Don Cornelius' brilliant vision created a revolutionary show that became a cornerstone in American culture. Fifty years later, the Soul Train Awards continues to amplify his powerful message of Love, Peace & Soul to a global audience," said Connie Orlando, EVP Specials, Music Programming & Music Strategy. "We are honored to be a part of the Soul Train legacy and partner with the national treasure that is the Apollo to celebrate Black excellence and culture with one unforgettable night of can't miss moments."
"The Apollo has long been a center of Black cultural and creative innovation for Harlem, the city of New York, and the world. It has provided a platform for Black artists at all stages of their careers, and a gathering place for audiences to express themselves freely," said Apollo Executive Producer Kamilah Forbes. "The Apollo is thrilled to partner with BET to host the Soul Train Awards, bringing together three iconic brands that represent Black culture and excellence under one roof. This is an occasion to celebrate, and we look forward to the incredible performances that will light up our stage during the Soul Train Awards."
Connie Orlando, EVP Specials, Music Programming & Music Strategy will oversee the annual show, with Jamal Noisette to Co-Executive Produce for BET. Jesse Collins, CEO of Jesse Collins Entertainment, to serve as Executive Producer of the 2021 "Soul Train Awards" along with Jesse Collins Entertainment's Jeannae Rouzan–Clay.