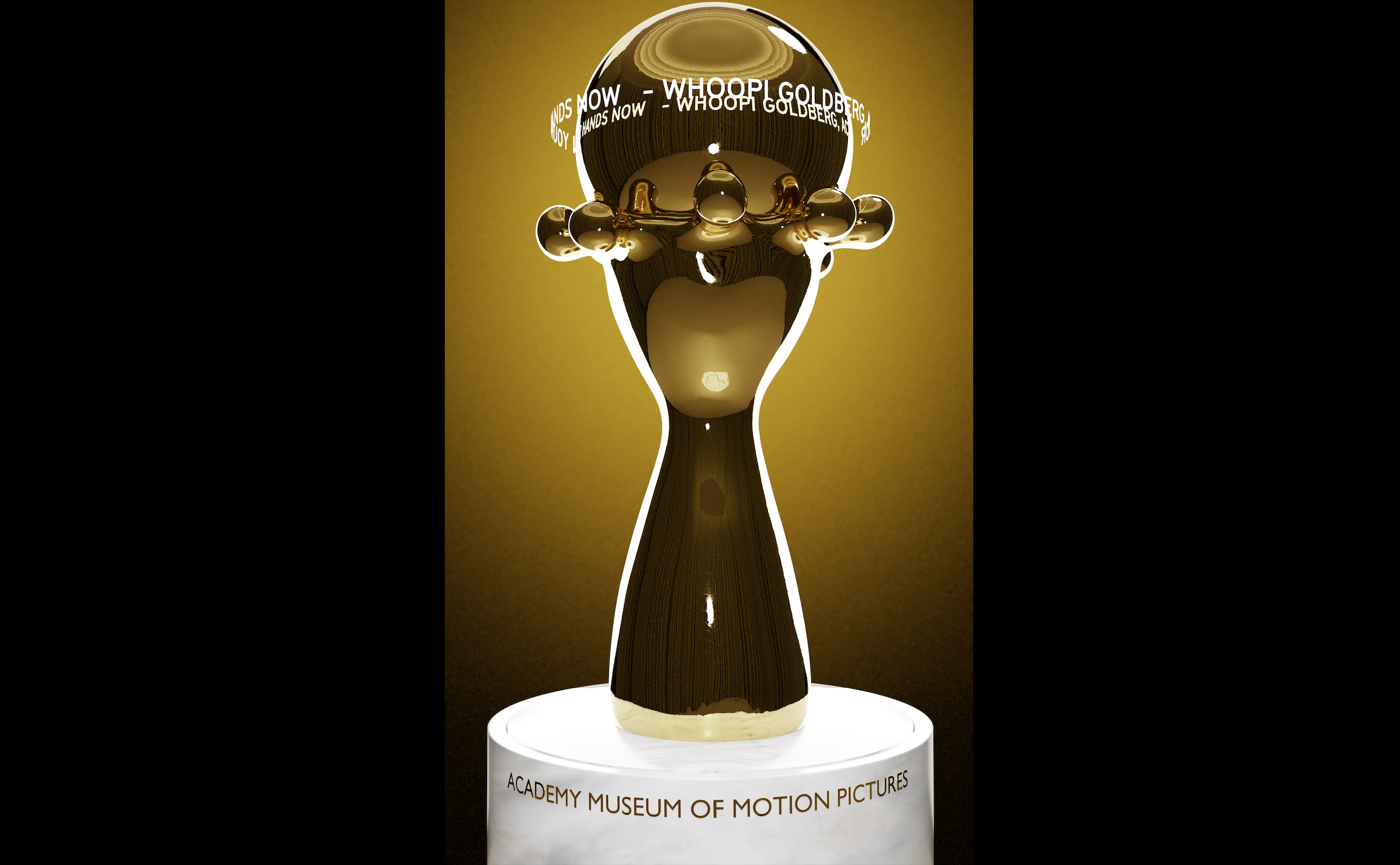 Bill Kramer, Director and President of the Academy Museum of Motion Pictures, today announced that Los Angeles-based artists Nikolai and Simon Haas will issue limited-edition NFTs to benefit the Academy Museum’s access, education, and programming initiatives. The NFTs will be available via an OpenSea auction from October 20 to 25, 2021.

The Academy Museum/The Haas Brothers NFTs are moving renderings of the Pillar Award combined with marquee quotes by film industry leaders sourced from The Future of Cinema gallery, the exit gallery in the museum’s three-floor core exhibition Stories of Cinema. Each quote is minted in five different colors. The first grouping to be issued—comprising five NFTs—will feature a quote from actor Whoopi Goldberg that reads, “The future of cinema is in your hands now.” Other editions of the NFT will feature quotes from additional filmmakers and film artists including Howard Berger, Effie T. Brown, Sid Ganis, and R.J. Kizer.

Bill Kramer said, “We are thrilled to be working with Niki and Simon Haas on both the Pillar Award and on our first NFTs. Their work brilliantly embodies the optimism, beauty, and bold storytelling found at the Academy Museum. The Haas Brothers are dynamically envisioning our gallery, The Future of Cinema, in a new way—and supporting activities that are vital to our own future as an institution—by reimagining the Pillar Award in the forward-looking medium of NFTs.”

"Designing the Pillar Award represented an opportunity to pay homage to the film industry's rich history and express our reverence for an art form which continues to change the world,” said The Haas Brothers. “Film as a medium is, at its core, fiercely experimental. We have looked to film as a touchstone for our own practice, holding its embrace of new media and experimentation as a guiding principle for artmaking. We are proud to carry this ethos into the newest medium of all, NFTs, with a digital Pillar Award whose existence is a testament to the power of curiosity and the relentless pursuit of storytelling. We are proud to collaborate with the Academy Museum on this opportunity."