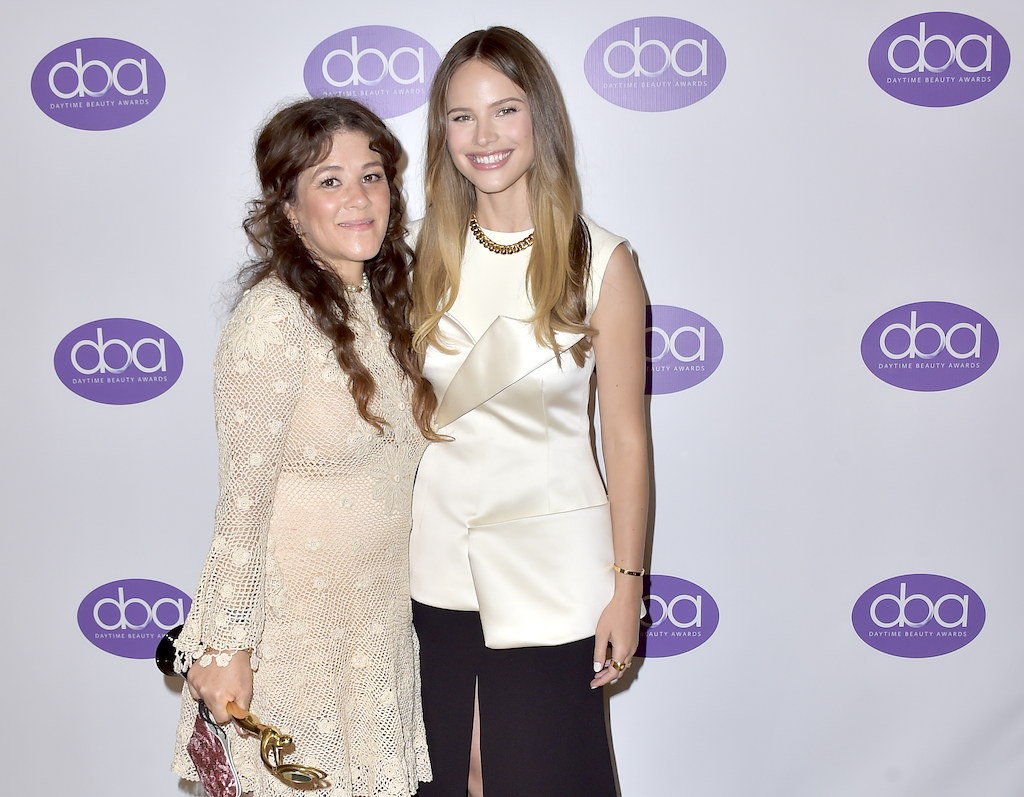 Tracey Cunningham is one of the most renowned hair colorists in the world. On Sunday, September 12th, she was honored with Outstanding Achievement in Color & Styling at the Daytime Beauty Awards.

"Science applies especially when it comes to hair color. Not only do you need the right mix, but you also need the scientist… Or as we know them as hair colorists. When someone asks me who colors my hair, all I have to say is Tracey. She has established herself as the queen of color, our hairy godmother, and a true rockstar recognizable by first name," Halston said.

Halston teared up during her speech, "Tracey is the artist behind the locks of every Hollywood star, top model, studio executive and musician on the radio, but when you are in her chair, she treats you like you are the most important appointment of the day. She welcomed not only my mom and I, but also my sister and my grandma in like her own family, even nicknaming my grandma, “glamma” For that I will always be grateful."

When Tracey Cunningham was a young girl admiring Farah Fawcett’s bleach-blonde feathered flip and Debbie Harry’s platinum color, little did she know that she would one day be the most sought after colorist in the world.

Sharing her hair journey in the book, True Color; it was Bette Midler who first believed in Tracey’s skills, sending her to beauty school to pursue her dream.

From a student to a master of the color craft, today Tracey is Redken’s Creative Consultant and an ambassador for Olaplex. Running a Color Academy and teaching nationwide, she opened Meche salon with Neil Weisberg in 2012. With looks gracing countless Vogue covers, Tracey’s work is also featured on Elle, Harper’s Bazaar, InStyle, Allure and more.