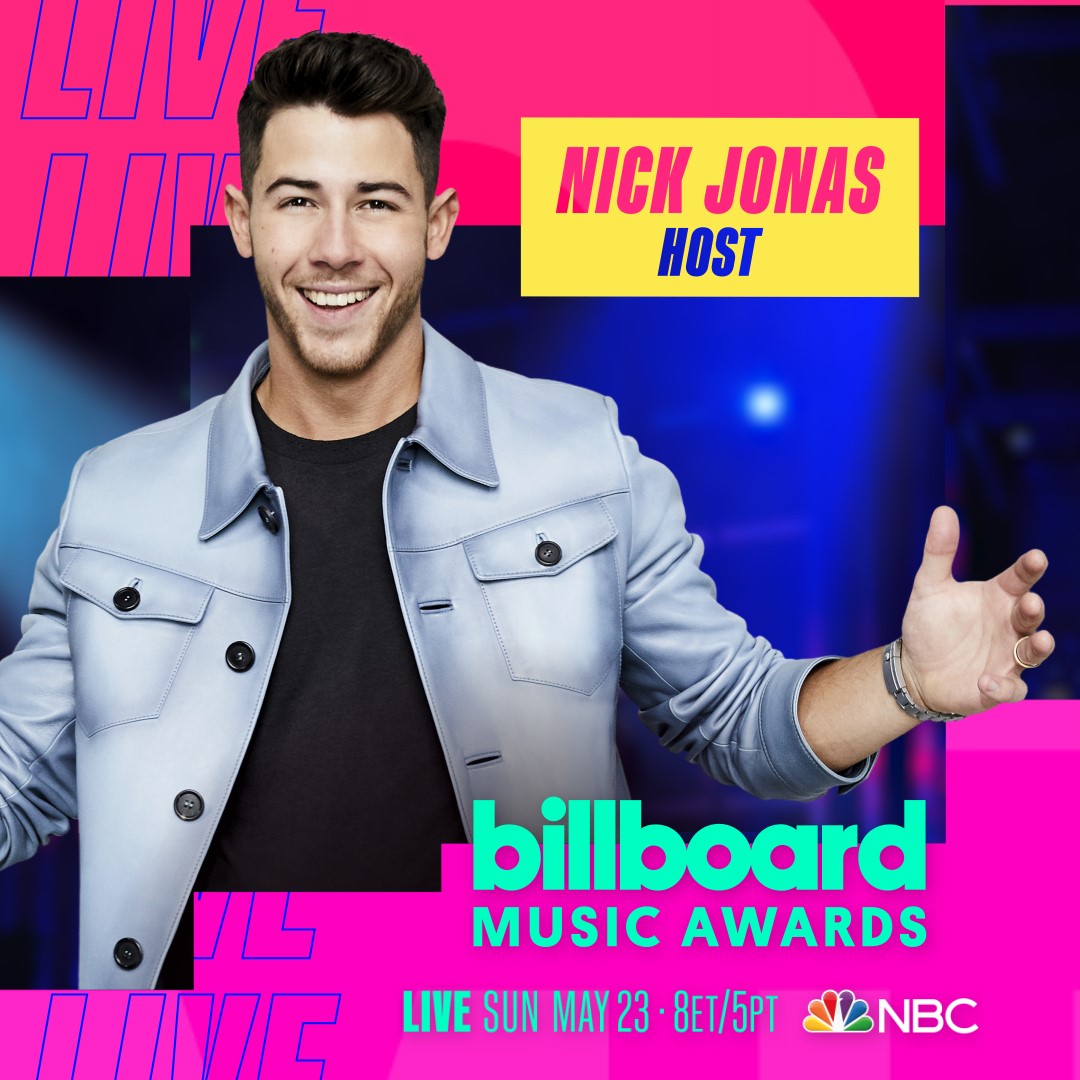 dick clark productions and NBC announced that multi-platinum recording artist, actor and current “Voice” coach Nick Jonas is set to host the “2021 Billboard Music Awards” (BBMA), live from the Microsoft Theater in Los Angeles on Sunday, May 23 at 8 p.m. ET / 5 p.m. PT on NBC. The news was revealed this morning on “Today.”

Nick is a member of the three-time Billboard Music Award-winning trio Jonas Brothers. The band dominated the charts in 2019 with comeback album Happiness Begins and continued to soar with their sold-out "Happiness Begins Tour," with over 1.2 million tickets sold.

This year’s awards are based on the chart period of March 21, 2020 through April 3, 2021. “Billboard Music Awards'' finalists and winners are based on key fan interactions with music, including album and digital song sales, streaming, radio airplay, and social engagement, tracked by Billboard and its data partners, including MRC Data. Fan-voted categories include Top Social Artist and Top Collaboration.

For more than 30 years, the BBMAs has celebrated music’s greatest achievements, honoring the hottest names in music today. Unique among music awards shows, finalists are determined by performance on the Billboard Charts. Since 1940, the Billboard Charts have been the go-to guide for ranking the popularity of artists, songs and albums, and are the ultimate measure of success in music.

The “2021 Billboard Music Awards” is sponsored by Rockstar Energy Drink and Security Benefit.