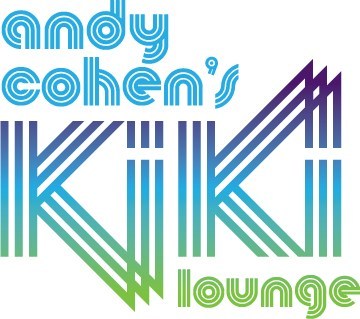 We used to think that Ryan Seacrest was the busiest talk show and radio host in the world, but Andy Cohen is giving him a run for his money.

Andy Cohen invites listeners to his Kiki Lounge to discover deep cuts from artists that he loves. The channel will feature a personally crafted and curated eclectic mix of music, reflecting Andy's musical palette across a variety of moods and occasions enjoyable for his loyal fans and worthy of music lovers. Subscribers will hear music from Madonna, John Mayer, Cher, U2, Diana Ross, B-52s, Aretha Franklin and many more. Every night will be a vibe at the Kiki Lounge with a different set from DJs including Chris Malinchak, Nora En Pure, Robbie Leslie, DJ Lina, DJ Bill Coleman, DJ Sammy Jo and Purple Disco Machine.

"This is a pure passion project for me; I've been making mix tapes for my friends since mixtapes were a thing, and this is the ultimate expression of sharing my love of music with my (virtual) pals," said Andy Cohen.

"Ever since we began working with Andy six years ago, he has proven to be a creative and evanescent programmer and talent, and when we went to him with an idea for a full time music channel, Andy was intrigued," said Scott Greenstein, President and Chief Content Officer, SiriusXM. "Now we are wholly unsurprised that he is delivering a music channel that will be infectious with good vibes and a sense of naughty fun. We are excited to bring Andy's Kiki Lounge to life wherever you listen to SiriusXM."

To celebrate the launch of the new channel, Andy Cohen's Kiki Lounge will have specialty programming all throughout Memorial Day Weekend. The All-Star Kiki Weekend will feature special guests including Kelly Ripa, Anderson Cooper, Tito, Marlon and Jackie Jackson, Savannah Guthrie, Hoda Kotb, Willie Geist, Henry Winkler, Wendi McLendon-Covey, Bevy Smith and more hand-picking surprising songs from the artists that they love. Listeners can tune into the All-Star Kiki Weekend Saturday, May 29 through Monday, May 31.

Andy Cohen's Kiki Lounge will launch on Wednesday, May 26 at 12:00 pm ET and will be available to listeners nationwide on SiriusXM radios (channel 312) and on the SXM App.

From now through June 8, non-subscribers can get Andy Cohen's Kiki Lounge channel as part of the SiriusXM Listen Free Event.  During this event, SiriusXM will feature a sampling of over 100 SiriusXM channels including ad-free music of every kind, plus sports, talk, news and entertainment available to non-subscribers on inactive SiriusXM radios in their car and on the SXM App, with no credit card required. Go to siriusxm.com/listenfreeevent to learn more.